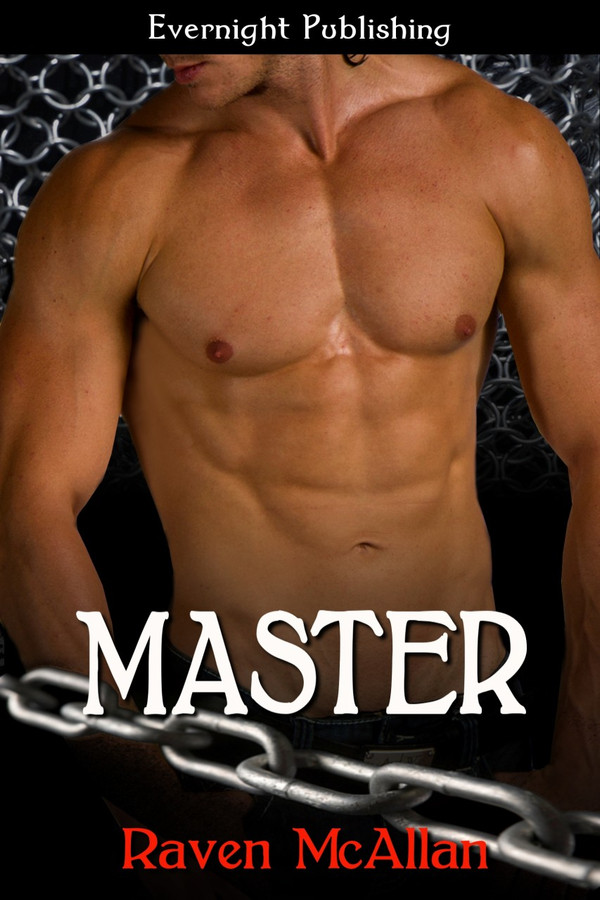 When Diana left him fifteen years prior, she lost a part of herself. Seeing Cade again throws her into a tail spin.

She cannot be the sub he needs, but she can't walk away either. When she's challenged by Cade to face her demons, her old nightmares resurface. Can they overcome the chasm between them, or are the nightmares simply too strong?

She stopped speaking again. Bloody hell, we'll be here for a week come Tuesday if she doesn't get a move on. Cade held his tongue. He'd wait for a while.

"Um, okay, I've done a lot of thinking. And I know now, that it wasn't everything we did that I hated. In fact, quite a lot made me more than hot and bothered." She giggled, and Cade saw the younger woman she'd been, before she sobered suddenly. "And a lot made me feel sick. It's sorting out which is which that's difficult. Will you help me?"

She stared at him, and his body tensed as if he was waiting for a blow. That was stupid. It was Di … no, Anna, for goodness sake.

His choice of words made her giggle—or something did. Yeah, that'll be the day. "Okay, I need to try to see what I can do. No worse than that. Oh hell, Cade, I need to see what would satisfy you. Therefore." She took a deep breath, and Cade watched as perspiration dotted her brow. "Um, I want … will you do things?"

How the hell could he answer that? "What sort of things, love?"

Anna nibbled her nail. Cade forced himself not to grab her hands and demand she stop. This had to be her show.

"Well." She tucked her head to one side, something he remembered her doing when she was deep in thought. "Will you handcuff me and make me come?" she asked in a hurry, her words tumbling over each other. "I bloody loved that."

He waited to see if she would say anything else. She didn't, so it was all up to him.

She stared at him like a rabbit caught in a trap. "How do you mean?"

"If I handcuff you, how do you want me to make you come?"

It was obvious she hadn’t thought that far. Anna stared at him and licked her lips. "I don't understand. I mean you'll make me come."

Cade closed his eyes so she wouldn't see his frustration. "Oh I understand that. But in what way? Tied?  Over a bench, blindfolded? Making you fuck yourself? You need to be more explicit, Anna. I don't know at which point the 'I loved it' became the 'I hated it'. If I'm to help you here, I need a little bit of direction."

Anna looked startled. "But you're the Dom. Don't you tell me?"

"If I do, love, we might not get any further. What I want could perhaps be three steps too far. So you tell me. Do I shackle your handcuffs? What do you want?" He paused took out a bottle of water from his desk drawer and had a swig of water.  "This time, let's assume there's no Dom and no sub and only a beautiful lady asking her man to play." Would she go for that?

Anna wandered around the room, not really looking at anything, but he could sense her mind whirling. Then she stopped dead, swiveled, and walked to stand in front of him.

"Then we stop. I'm past trying to persuade you. What I want here is secondary, I reckon. You know what I want. We need to work out what I need." Who the hell knew if that chasm could be breached? It seemed as unlikely as snow in the Sahara. Cade stopped talking. "It's up to you, love. We need to see what you want to give as well. I'm happy to follow your lead for now. But we both know, for me to meekly sit back and watch as you destroy anything we might have is so not going to happen. I want to fill you, bind you to me with more than physical ties, and hear you cry out for me. Can you cope with that?"

He watched her go through the colors of the rainbow on her skin, and swallowed. Hell’s bells, she does that a lot, and it sends my body to high alert. Promises, promises.

"Can you, love?" He pressed her for an answer, because he had to know. His skin was so tight that he thought if she touched it she'd bounce.

God almighty, even the air held its breath. It was getting to be a habit.

Slowly, Anna nodded. "I need to try. Hell, Cade, I love you, and I want you. Whether that's enough, who knows? But really, honestly, I want to try. So can we?"

His heart swelled, and he wanted to punch the air. Yes!

"I reckon so, love. I reckon so. Now, if I say assume the position, just for me, can you? Will you?"

Ana smiled, the enticing smile of a siren home from the sea. With a graceful movement, she knelt in front of him, put her hands behind her back and dipped her head.

"Oh, I reckon…" The muscles in her neck moved convulsively. "Well, I reckon. Yes, Sir."

Cade thought all his birthdays had come at once. Surely, surely this was a good start. He hardly dared look at Anna in case he saw desperation or negativity on her face.

Come on, act the part. Look and help her, that's your remit. You're a bloody Master, for goodness’ sake, so be one. Cade gave himself a minute to collect his thoughts before he turned to the woman who kneeled in front of him. As he watched, a faint tremor shuddered through her. So she wasn't really comfortable. That little movement made him stiffen his resolve. He would push and prod, and see if they could come up with a compromise.

What’s a man to do when his wife runs out on him without saying a word? What’s a husband to do when he finds out that his estranged wife has been seen? What’s a dom to do when he finds out his wife works in a BDSM club? Cade McCourt thought he had everything he could possibly want until the love of his life left him but now that he knows where she is, nothing will keep him from her, not even his wife. *Warning* There MIGHT be spoilers told. You have been warned. I admit that I’m not sure how I feel about this story, as I digest everything I’ve read. I will say that I LOVED Cade and the secondary characters but I’m still not sure how I feel about Diana/Anna. Purely from an emotional perspective, I understand why Diana ran away. Being in your early 20s, it’s hard enough communicating how you feel at times, but add in her feelings of inadequacy (feeling less than), I get why she took the easy way out. When dealing with very real fears/phobias, the way a person learns to face them is through exposure. I have to wonder if Diana working at a BDSM club was her unconscious desire to deal with some very real fears that bordered on the pathological (with possible PTSD symptoms). All that said, I gave a reader’s cheer when Cade and Diana clicked again but then she did the unthinkable and SPOILERS! And I really wanted to smack her as I raged at my Kindle shouting, “What are you doing? You’re an adult in your 30s! TALK TO HIM!” Yes, I really did get shouty and had to stop reading for a bit as I calmed my frustrated self down. Once I got back into the story and got to the end, there was a definite sigh of relief as the tension I’d been holding inside me released with the happily ever after. All in all, I liked the story. Ms McAllan touches on some very real issues that can happen in any type of relationship and she didn’t skimp on the romantic elements either.

This is a sweet story about one woman&#039;s endeavors to find herself and understand just what it is that she wants. Anna loves her husband Cade with all her heart but cannot stand what he asks of her so she runs. When Cade finds her in the last place he would have ever looked Cade tries his best to persuade Anna to come back to him or even just make him understand why she left the way she did. I really felt for Cade, Anna puts him through so much in this story. As strong of a man that Cade is he is devastated that the love of his life does not want to be with him. I enjoyed the premise of their story but found myself really disliking Anna and what she puts Cade through. She does not seem to see what she is doing to everyone around her especially the man that she claims to love. Anna comes off as a selfish, naive young woman. Although I did not connect with Anna I loved Cade. He is a strong man who loves with all his heart and fights for the woman that he loves. Not only do we get Cade and Anna&#039;s story but the secondary characters have a strong voice in this book as well. Anna&#039;s good friend Athol steals every scene that he is in. I enjoyed the bonds of friendship and love in this story and hope that we get to visit this world again.

Master is an amazing story about love and devotion. It grabs your heart and doesn&#039;t let go until &quot;The End.&quot; I love that it shows a different side of BDSM. The one that isn&#039;t shown as often and it just as important; the emotional side and how it relates to each couple differently. Anna is a strong woman, but due to not talking to her husband Cade felt like she was being torn apart. She loved him but for some couldn&#039;t bring up the fact that she had issues in their relationship. It felt like she didn&#039;t want to tell him because she felt like she would be disappointing him. She is a feisty woman and sometimes can be a bit bratty but I liked that about her. Cade is a Master and he has quite a reputation. I loved that he was patient with Anna even when she was deliberately being a bratty sub. He went above and beyond trying to help Anna with her issues but he couldn&#039;t see the signs because she hid them so well. Once he realized her trigger he gave it up in a heartbeat because he loved her so much. Communication is a huge part of this book and I loved that Raven showed how important it is to tell your partner how you are feeling. She showed safewords aren&#039;t just for the physical side but for the emotional as well. Anna and Cade&#039;s relationship needed to be more truthful in the beginning and things would have been easier but their journey wouldn&#039;t have been as beautiful. I loved this book! It has this emotional level that just grabs onto you and pulls you right into the story. Even the secondary characters are so amazingly written that it feels like you are there. I can&#039;t wait for the next book! I will be reading more of Raven McAllan!!