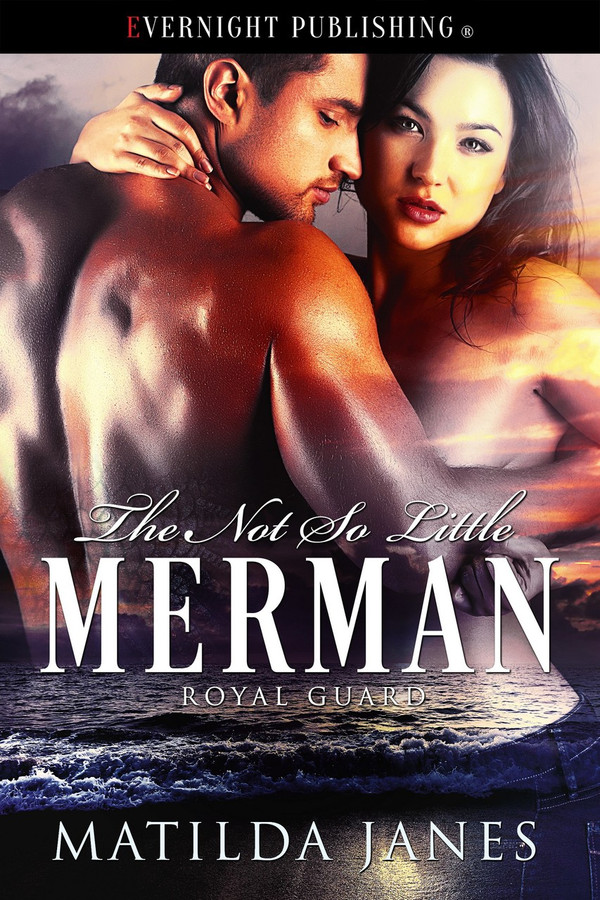 The Not So Little Merman, 2

Bastian Crustacea is a mershifter and an officer in the royal guard on a mission to help his best friend find and rescue his mate. So when Bastian finds his own mate it’s completely unexpected. Bastian is ecstatic but afraid of how she’ll react to his secret so he tries to play it cool. When Bethany’s life is in danger can he convince her that not everything is as it seems?

Bethany Johnston is a twenty-six year old virgin. She throws caution to the wind and really puts herself out there, giving Bastian a big green light—only for them to get interrupted and violently torn apart. When he comes swimming back can she accept his tall tale?

Bastian chastised himself for letting his guard down. He’d been distracted, but Bastian sensed him now. It should know better than to get too close. Both girls screamed out and tried to climb his body when the shark’s fin broke the surface.

Bastian was the top predator in this situation and normally the shark would give Bastian a wide berth, but this shark was big, bigger than most. He estimated it was at least twenty-five feet long and brazen. The shark’s instincts were telling it the thrashing women were Bastian’s prey, and it was hungry, wanting in on Bastian’s kill. But Bastian didn’t have a kill to forfeit, and fighting the shark meant leaving the woman vulnerable in the middle of the ocean. He could outswim the shark, but Bastian would injure the humans if he tried to swim with them at that speed. He was fucked. Debris from the boat floated around them but nothing was big enough for the girls to climb up on. Reluctantly, Bastian loosened his grip and started to pull away from them.

“Stay together. Don’t let go of one another.” He disengaged from them. Gritting his teeth, he ignored the compulsion to hold her when Bethany panicked and started sucking in air.

“What are you doing?” she gritted through chattering teeth, and he hated how scared she was.

“Getting rid of our pesky little friend so I can tow you ladies into shore, okay?” He tried to keep his voice even and calm, belying the gravity of the situation.

She stared at him. “Can’t you teleport us to shore or something?”

Bastian snorted and shook his head. “I’m a merman, honey, not a fairy. Give me a few minutes.”

Bethany loves her sister and is thankful she isn’t marrying her cheating ex. She is even more thankful that her sister will help her use her scheduled honeymoon. But is she ready for the changes coming her way? Royal Guard by Matilda Janes is second in The Not So Little Merman series. I really enjoyed to support her sister never realizing that her life was getting ready to change. And Bastian is a big part of that change. Bastian never expected to find his mate but now that he has can he keep her safe? I loved Bastian and Bethany together. I love that Ms. Janes kept both characters a little off balance. Both Bethany and Bastian are struck dumb upon meeting and it was so cute to see. It was obvious they had chemistry but could love grow? Ms. Janes packed a lot of action in a short book as Bastian and Bethany learned each other. I thoroughly enjoyed this quick read by Ms. Janes and I look forward to reading more in this world she has created.

I had no idea what I was getting into with this book but I liked it. It was pretty short and just ends but it had an interesting storyline.

His Forbidden Mate by Matilda Janes

Plain Jane and the Mafia Beast by Sam Crescent

Worth Waiting For by Matilda Madison