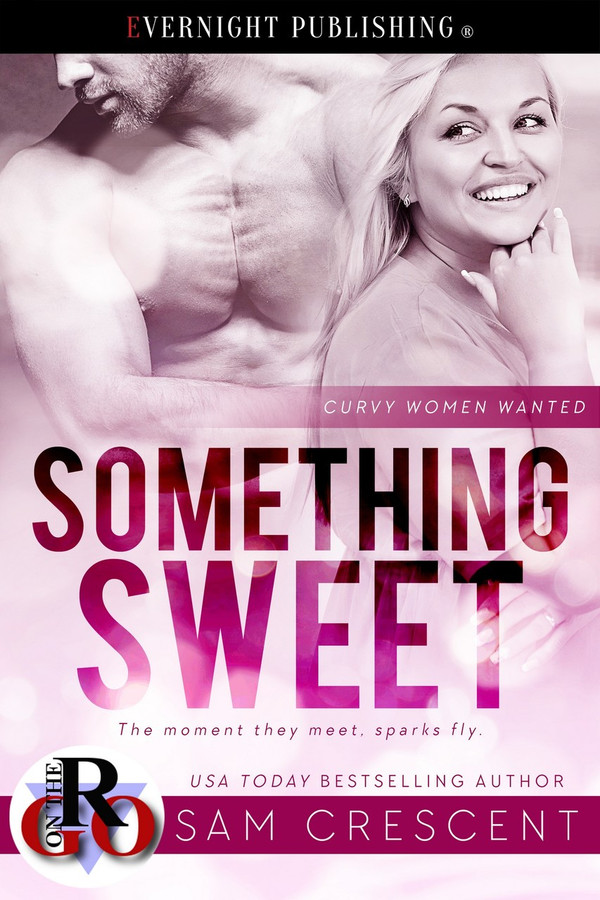 Camden has sworn off women. After having his heart broken, and his dreams crushed, he’d rather focus on his work, and not women. However, his closest friends won’t let him hide. They have a woman for him, and they intend to set him up.

Alyssa doesn’t need men. She has her friends, and her cooking, and her work. Children, men, and a future are just dreams she no longer believes she will ever need.

The moment they meet, sparks fly. Neither of them had anticipated finding love but now their future looked possible together.

Romance is in the air, and even as their friends worry about how fast they are moving, there is no way they’re going to stop. Will Alyssa say yes to his proposal? What will Camden think when he discovers she is pregnant.

“Thanks.” Now she felt silly. She had spent most of last night and this morning trying to find the perfect outfit. “Do you need me to go out and collect the replacement tiles?”

She walked ahead of him wondering if he was checking out her ass. “This isn’t too much trouble?” she asked, glancing behind her.

His gaze moved right back up.

He was staring at her ass!

She loved that he was staring at her ass.

Still not saying a word, she put the kettle on, and watched as he moved toward her sink. Biting her lip, she admired his ass as he leaned over, taking off several of the tiles. “I’m going to have to redo this entire sink.”

“Who did this last time?” he asked.

“I don’t know. I’ve not had it redone since I moved her about four years ago. Everything seemed perfect so I snapped it up.” She loved her freedom and her independence. The kitchen had been the main reason she’d bought this apartment. Within her budget she had gotten the best for her money. The apartment was a pretty good place, in a pretty good area, with moderate security. She never felt scared or worried. If there were bumps in the night, she didn’t stress out about it.

Pouring them both a cup of coffee, she leaned against the counter, and watched his ass.

She had never been the kind of woman to eye grope men, but she couldn’t look away. He was so sexy, and his ass was nice.

Biting her lip once again, she jerked a little when he turned toward her.

“You were checking my ass, weren’t you?” he asked.

He stepped close, and he took her cup from her, putting it back on the counter behind her.

Her heart started to race, especially as he stepped so that their bodies were touching.

“I checked your ass out. Those jeans should be illegal. I’m rock hard, baby.” He took hold of her hand, and placed it against the evidence of his arousal.

Camden had been seriously burned by his ex-lover. For most of the last year a bunch of his good friends had all tried – with no success – to set him up with their friend, Alyssa. Finally Camden concedes defeat and decides to come along to dinner with Alyssa and two of their friends. Alyssa had also had her heart broken – left by her previous boyfriend broke and abandoned in a foreign country – and had zero interest in starting a new relationship. When Camden and Alyssa finally meet though, sparks fly and they both wonder if maybe they gave up on love a little too soon. I really enjoyed this short story. I was a little skeptical to start with – both Camden and Alyssa had experienced really horrid previous relationships, and both were absolutely determined not to repeat their mistakes or be pressured into dating anyone when they were perfectly satisfied being single and alone. It struck me as odd, therefore, when they both so easily accepted their friends setting them up together. I wasn’t sure how the author could write that massive change and make it believable. I can’t even honestly put my finger on exactly how the author made it work, but it really, truly did – at least for me. I believed Camden and Alyssa’s chemistry and interest in each other – it was certainly cautious at first and they both expressed nerves and doubt. Neither jumped right in, or even acted like they were struck by lightning and just made an immediate about-face on all their long-held beliefs. But through some clever talking and being honest with each other, they both did decide to give the other a chance and they started dating. I found it believable and I could understand their interest and this really helped sell the book to me. I found it refreshing that Alyssa was a curvy, rounded heroine. While it was completely understandable that she felt a bit shy and wasn’t confidant in her body-image, a part of me wished Alyssa could have owned her curves and been really proud of her body. I can’t criticize the author though, because Alyssa was a soft, sweet character and so it made a lot of sense for her to be shy and have those personal issues. I do hope, though, that in future books if we see snapshots of Alyssa and Camden her confidence will grow, because Camden certainly loved every inch of those curves and found her totally sexy. Hopefully some of his confidence and love will help bolster Alyssa’s self-esteem and self-image. A fun and sexy short story, I enjoyed this book and particularly liked the realistic and interesting characters of both Alyssa and Camden. There’s a strong cast of secondary characters in their mutual friends and I’d happily read more stories both in this series and in general by this author.

Camden is a man damaged by a woman who lied, cheated, and crushed his heart. His friends think he has spent enough time recovering and it is time to move on and they have the perfect woman in mind. Alyssa has been burned one too many times and has given up on men and love. Her friends think she needs to meet the right man and they already have one picked out. Camden and Alyssa give in if only to get their friends to leave them alone. The love grows so fast, both are surprised by the immediate attraction. Can Camden and Alyssa learn to trust and convince their friends that true love can hit like a lightning strike? Ms. Crescent writes a superb book packed with love and characters who are the perfect book friends. There is no stress in reading this love story. It is the perfect love story for a quick break from life. All of the characters in the book are fully realized and the reader easily becomes invested in the story. I love Camden and Alyssa and their love story is one no one should miss.

I&#039;m never disappointed with this author. If you&#039;re looking for a sweet read then this book &amp; author is it.

This was a short but sweet story about 2 people who wanted to find love. It was also a story about falling in love with a person despite their looks.

Omg I love Camden and Alyssa!! How can anything go wrong with love at first sight!! Super sweet and fast read. Camden and Alyssa chemistry was explosive... CAN&#039;T WAIT FOR THE NEXT BOOK!!

I voluntarily reviewed a copy of this book Short Sweet and so sexy read. This was a short story about Camden and Alyssa. Both of them had terrible relationships before and their friends were dying to set them up. So when they got together Camden was hooked, but Alyssa was still a bit hesitant about him But I loved Camden and how he took everything at her pace and proved to her that that she was worth it and he would do everything to protect her and take care of her. Loved it. But if you not into insta-love not for you

This was over the top sweet !!! The characters , Camden and Alyssa , as so loveable and so perfect together. And let&#039;s not forget sexy. This book is extremely sexy !! Read it . You&#039;ll love it.

I really liked this story. It was short, sweet and hot in places. It&#039;s kind of like dirty, instant love and sometimes I enjoy reading it. Camden and Alyssa have both been burned by relationships in the past so when they meet, it surprises them how they feel about each other. You know what it going to happen but you are still happy with reading about it. I loved the epilog at the end because with stories like this, I always want to know what is happening to the couple years down the road!