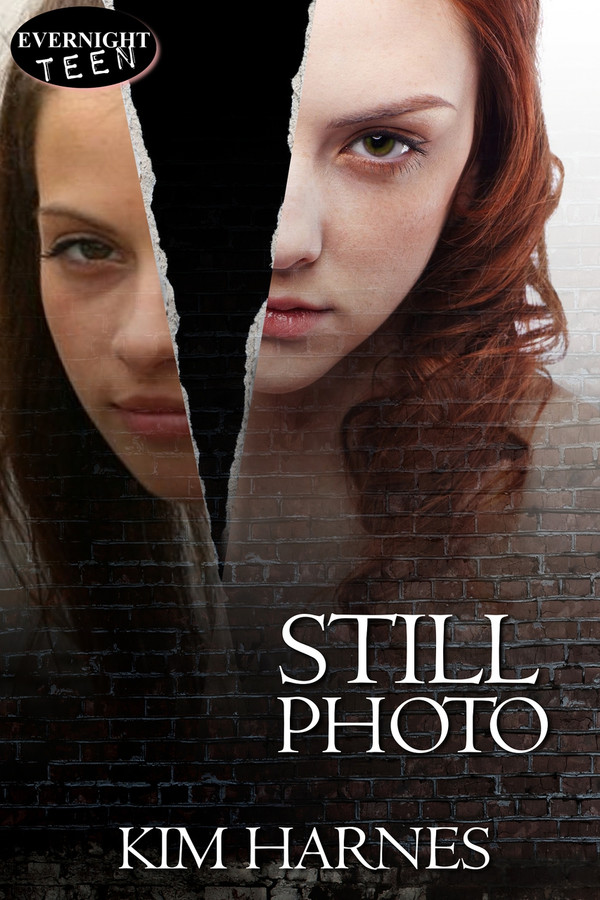 Jess Waterford’s mother is evil. Since she took off seven years ago—just days after Jess’s ninth birthday—without so much as a wave goodbye, Jess has always wondered what happened to her. And despite the end of her mother’s mental and physical abuse, the memories and the scars still remain. Jess conceals the hurt within by practicing her photography, and by spending as much time as her dad will allow with her baseball star boyfriend, Brody Campbell.

Determined to make use of her new camera, Jess dives into photographing everything in sight. But periodically the resulting prints are flawed, ever so slightly: a smudge on a tree trunk; a blemish in the bus window. These imperfections are not as random as they may seem, however, and Brody and Jess soon discover together that each of these pictures combine to form another image—the grisly image of a murder scene, with Jess’s mother as the victim.

As the new photograph takes shape, Jess’s desire to complete it consumes her, and Brody’s health begins to deteriorate. Torn between her quest to reveal her mother’s killer and her continued worry over Brody’s failing health, Jess finally finds the last piece to the puzzle, and the answer sends her world spiraling into depths from which she may never recover.

14+ for violence, sexuality, and adult situations

Brody’s temple began to pound with each beat of his heart and he tried to push the pain away with his fingertips. Try as he might, the throbbing continued to grow and he unwillingly exhaled an agonized moan.

“Are you okay, Brody?” Miss Wolfe, who probably didn’t want to witness a second apocalyptic episode in as many days, approached his desk.

Her voice was barely audible to Brody. The pain had grown rapidly and it was now so intense it pulsed bright screams across his forehead and down his neck. “Oh, God,” he mumbled and pressed his face against the desk. “Oh, God, what is happening to me?” He stood, but his head protested and his vision blurred. “Make it stop. Please make it stop.” He pleaded to anyone who would listen to put him out of his misery. His head shrieked again. Or did that noise come from him? “Please,” he begged. “Can’t somebody please make it stop?” Brody stammered and stumbled aimlessly, positive his head would soon explode and end his suffering. His leg banged into someone’s desk. He didn’t feel it, but it was hard enough to move it several meters across the floor. He vaguely heard someone protest as he stepped on her foot.

“Jessica.” Someone whispered her name. He didn’t know who’d done it or where they were but it sounded as if it were inside his own throbbing head. “Jessica.” Was he calling for her? Was someone going to get her? Would she be coming to help him? And could she make him better?

Just when he thought the pain couldn’t get any worse, another squeal of hurt detonated within his left eyebrow and buckled his knees. “Can’t someone please make it stop?” He implored one last time to anyone who may still be within earshot. He crawled across the linoleum, oblivious to anything but the searing sting like a white-hot sword twisting in his temple.

Exhausted and spent, he curled into the fetal position on the floor and waited for death to come and mercifully take him away, because he was sure that was the only thing that would release him from this torture.

His skull opened and whiteness entered.

The warm, bright light comforted him and he reached for it.

Kim Harnes, an American author&#039;s debut psychological novel named, Still Photo is all about darkness and photographs, which not only awes your mind but will also send chill up your spine, and as suggested by the author, Kim Harnes, that you must specifically read this book with your lights on! My favorite quote from the book, “Within us all lurks something dark. The opposite of what we portray ourselves to be.&quot; I&#039;d like to take a moment to thank the author, for giving me this opportunity to read and review her debut book. This is a story about a young teenager named Jess Waterford. Her life changes forever when her abusive mother left her seven years ago, without uttering a single word and that made her wonder what happened to her mom. And eventually Jess concealed her pain by taking up photography and cocooned in the world of her baseball champion boyfriend, Brody Campbell. But when her photographs turns out to be bizarre and strange, things around her went uphill, like her boyfriend started having nose bleeds and his health started deteriorating, making Jess realize that it has something got to do with Jess&#039;s photographs. But Jess was determined to put all those bizarre pictures together and to get an idea about it, thus letting her see the picture of her murdered mom with the murderer and hence a journey begins in Jess&#039;s life to search this murderer. Now I&#039;m in a luck that I got to read two brilliant debut books in a row! I&#039;d like to applause for the author for her brilliancy and smartness . This woman knows how to make it dark and thoroughly twisted with her choice of simple words. A thoroughly researched and an utterly well-developed plot, gives that compelling edge to her story. Now let&#039;s talk about her &quot;characters&quot;! Jess simply wowed me with her attitude, pain, determination and strength and sometimes she made me hate her so much. I really fell hard for this girl, Jess. The idea that the author invented is completely unusual and totally out-of-the-box and that what makes the story more interesting to read and with such a smooth pace, the book is bound to pull you into its course/flow. The book doesn&#039;t have any ghosts yet she wrote the book like you might find a ghost at the end of the book. And those psychologically flawed characters will not only scare the s*** out of you, but will also draw a mark upon your minds! And trust me the author is successful in making her readers scared to hold a camera for a long time! So what are you waiting for! Grab this book now and make your brain twisted in the aura of this book&#039;s darkness!

Still Photo, by Kim Harnes, is a shocking, unforgettable read. Meet Jess Waterford, a more-or-less typical teenager who aspires to become a professional photographer. She lives with her single father and attends school with her boyfriend Brody Campbell, the local baseball hero. She works part-time at a photography studio with old George, learning the trade while enduring the drudgery of shooting vapid, half-naked pre-anorexic swimsuit models. In spite of a past she’d rather forget—one in which she was both abused and neglected by her own mother—Jess has found her place in the world, things to hope for and look forward to, a life to live and to love. Incidentally, you will remember that the name is “Jess,” not “Jessica,” if you know what’s good for you. The purchase of a first-rate camera by her doting and insecure father opens a thriller with more than a hint of the supernatural at play as several of Jess’s shots slowly begin to unveil a terrible secret in their backgrounds. In the first half of the book, Jess and Brody work to uncover that secret even as strange and terrifying afflictions—both psychological and physical—pummel them the closer they get to the truth. But don’t get to sure of yourself in your own predictions, O Reader, because you have no idea what’s coming. Approaching the second half of the book, you’ll say to yourself, “I know where this is going.” But you don’t. You’ll think you do. But you don’t. Saying any more about the plot would be a disservice to both the author and her audience. Kim Harnes has woven a completely unexpected tale rooted in the ordinary. Her characters talk like real people; her baseball fields, high school classrooms, and hospital wards come to life with the reality of the small town anyone could have grown up in. And when a small girl stands alone in the rain in the parking lot waiting past dark for her father to pick her up—only to have her worst nightmare, her mother, arrive in his place … well, let’s just say that Kim Harnes can make a grown man cry. And leave him troubled in his sleep long hours after … In the end, readers will find themselves emotionally and intellectually exhausted—in the best possible way. What’s more, the reader will have been shown the value of believing one’s self (if not always believing in one’s self), even when the people who are supposed to love and protect you either fail miserably or betray you at every turn. Surprising, upsetting, and unexpectedly funny at times, Still Photo resonates with storytelling prowess, a nightmare you’ll want to have over and over again.

Still in Love With You by Lexie Davis

Lost Until You by Kimberly Daniels