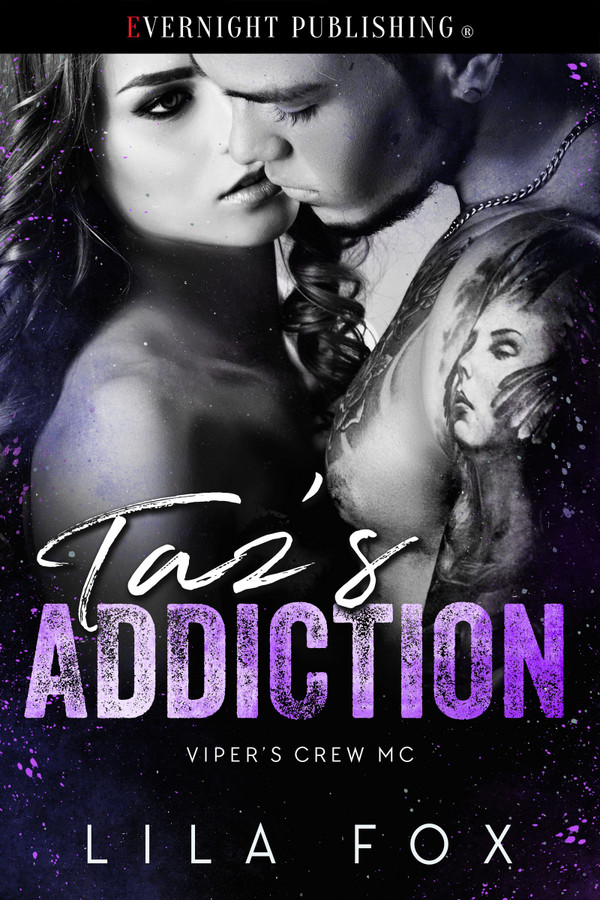 Terrified her grandfather will throw her away as her mother did, Charlie changes herself to be the person she thinks he always wanted. After she loses him, she stays with Bennie, her grandfather’s friend, but she only has a short time with him before some monsters take him. Now she’s alone.

Taz wants to make sure Charlie knows she has him and that she isn’t alone, but so many obstacles stand in their way, almost tearing them apart. After a misunderstanding and the way she takes charge of her safety with her new friends at the club, their relationship seems doomed.

In the aftermath of violence and conflicting feelings, Taz has to convince her that he wants her and not the phony person she’s portrayed for so long.

“Can we put this off until tomorrow?” she asked. “I really need you.”

Charlie watched him and couldn’t prevent the heat of desire from building in her. She’d been so nervous about how he would react, and she still was, but not to the level as before.

She whipped off the shirt and lay back against the pillows to wait.

It wasn’t long before he dropped the towel and crawled up on the bed. He pushed her legs apart and lay down on top of her, pressing her into the pillows.

Although he kept most of his weight off her, he was still so heavy there was no chance of her moving him until he was ready.

Her arms came around his neck.

“Oh, no. Put your arms above your head and grip the headboard.”

She glanced up and set her hands on the rungs of the headboard before looking back at him.

He cupped one of her breasts, bent, and took the other one in his mouth to suck strongly at it.

“Ahhh,” she cried out and moaned.

It was hard for her to take a deep breath. She was riding on a sexual high that made her needier than ever before.

“Although I’m not planning on punishing you, I’m going to use you hard tonight and do things to you that you’ve never done. I’ll also keep you waiting for an orgasm until I know you’ve felt some discomfort.”

“I thought you just said you weren’t going to punish me.”

“Oh, not like what the other women will go through, I suspect, but I can’t let you get off scot-free either.”

Her teeth snapped together. Dammit. He hadn’t listened to anything she just said if he thought she deserved some form of punishment, and that pissed her off.

He chuckled. “Don’t get cranky. You’re actually getting off easy.”

“I want to know what gives you the right to be the one to punish me.”

He rolled his eyes. “You giving me your body for one thing, and you knew the moment we met there was something between us.”

“That doesn’t mean we have to do anything about it.”

God, she wanted to scream at him, but she could tell he was starting to get irritated.

“So, what’s going to happen right now?” she asked. She was embarrassed to hear her voice tremble because of her anxiety. She was tougher than this.

He lowered his head and started at her neck, sucking and licking, causing goosebumps to break out over her skin. She hadn’t known something so simple could make her feel so much.

Her eyes slid closed, and she tilted her head back to give him more room. He continued down until he got between her legs.

“I just need a little taste before I ride you hard.”

She swallowed and waited.

The first swipe of his tongue against her swollen clit had a scream tearing from her throat.

“Stay still.” He pressed his hand down on her lower stomach to pin her to the mattress and went down on her again.

By the time he lifted his head, she was mindless with desire and could hear herself begging.

He didn’t waste time grabbing a condom and rolling it on. “You’re going on birth control, babe. I hate not being able to feel your skin against mine when I fuck you.”

He growled when she reached for him. “No, keep your fucking hands up, or I’ll tie them there.”

She shivered but did what he ordered.

He spread her wider, fitted his cock against her cunt, and started pushing into her.

This time, he didn’t stop to give her time to adjust, so by the time he was all in, she was trying to breathe through a bit of discomfort.

“If at any time you feel pain you can’t handle, tell me. I want you uncomfortable but not hurting.”

She nodded and tightened her grip on the headboard.

When he told her he was going to ride her hard, he wasn’t kidding. He started to powerfully drive into her, going deep every time. The pleasure was mixed with some stinging, and it just made her desire soar even higher.

At the rate they were going, she wasn’t going to last long, and she just hoped he let her go over and not keep her from coming.

He growled, pulled out, flipped her onto her stomach, and plunged back into her. His hand came down several times on her ass, and it pushed her higher.

She was mindless now and had no idea what she was saying.

His finger started to circle her asshole.

“No, I’m just going to play this time, but I want you to get used to having me in your ass.”

He pushed steadily into her until he had his whole finger deep inside of her ass.

The burn was all it took. She screamed, pressing her face into the pillow as waves of ecstasy rolled over her.

Charlie had no idea how long it lasted. She dropped her chest down and felt him continue to fuck her until he groaned, stayed still for a moment, and then dropped forward onto her back.

He was careful not to squash her, but she could feel his arms shake and was thrilled that he was affected as strongly as she was.

A minute went by before he pulled his cock and finger out of her.

A few minutes later, she felt him cuddle her against his chest and kiss her temple.

Before she fell, she heard him whisper that she was his and would always be his.

She didn’t have the energy to agree, so she closed her eyes. There was plenty of time to tell him how she felt later.