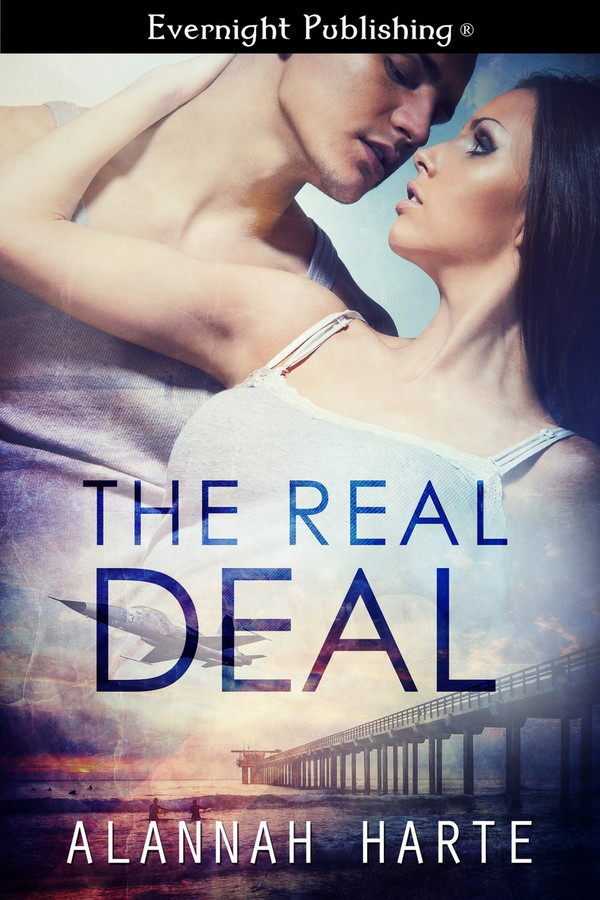 Jake Cummins is on forty-eight hours leave, looking for the prettiest pussy in town. As a fifth generation fighter pilot, he likes everything fast—his jets, his drinks, and his women. After six months on tour of the Pacific, he is in desperate need of a good dose of dirty fucking. His choice is no meek little flower. In fact, this Irish Venus Fly Trap sets his temper and dick on fire. Somewhere the universe has tilted and the innocent beauty in the bedroom has surprised her way into his heart.

He stood behind her, ran a hand over the spiky, strawberry-blond hairs on his head as she danced in happy abandon, unaware that she was about to be caught. She had grace and rhythm and knew how to use her body while vertical. He was going to show her how to do it lying down in another half hour.

Jake stepped closer. Her rump brushed against his crotch. He saw her back stiffen from its impact.  There was little room to move away. She was trapped amongst the other dancers. Their lower bodies met again, this time for a little longer. Jake pressed home his advantage, taking another half step. He heard the sharp intake of breath from his prey and smiled triumphantly.

Come on. Turn around and take a look. He moved when she moved, so that he didn’t lose contact with her. He wanted to reach around and place a big hand on a silk-coated nipple, to tease it into submission. His hot breath scalded the back of her head and the woman turned. The side of her body stroked his as she pivoted on her heels. Forest green eyes glared up at him in defiance and ambivalence. The ambivalence was swiftly replaced by desire. It was there for only a second. Long enough for Jake to know he was on to a winner.

She was beautiful, with fine bones, a mouth that looked soft and welcoming, and those green eyes reminded Jake of Alabama Forests. His own eyes flared appreciatively. Exquisite. She looked innocent. But you couldn't be innocent in a place like the Bordello. You couldn't be innocent wearing a slip of a dress that begged to be removed.

"Ever hear of keeping to your own personal space?" she asked, her eyes flashing at him heatedly.

"I’m only interested in your space. You are a very beautiful woman." Unashamedly he glanced down her front, admiring her cleavage and the round curves beneath the dress. D cup maybe double D.  What man didn’t like a pair of real lush DDs? They were the right handful for him to grasp and knead them for his own pleasure. The right length to place his thickness between, to pump against, to spill his seed over. Christ, he was getting himself off already, and he hadn’t laid a finger on her. He needed to take it slowly. This wasn't a woman who would come to him at the click of his fingers.

"My space is none of your business. Bugger off."

He recognized the different lilt in her voice. She wasn’t local. Intriguing. Her refusal only turned him on. Jake loved a challenge.

"Irish." She was economical with her words, but her body was lavish with the signals it was transmitting. A pink flush heated her skin. Her nipples were hard beneath the silk. He wondered at their color. Dark like the desert or pink like a morning sky? A subtle tremble rippled through her body. She was his to have.

A very quick enjoyable read that brings you the juicy story of Jake and Caoimhe; these two will burn your read with so much heat. Within the first sentence you’ll discover that this author has no fear to using “The real” words for body parts and this story is “The Real Deal” giving you as much as it’s title. If you don’t believe, check this out. “He’d have to visit Ireland. After visiting inside her first. His D*** chaffed against the inner seam of his denims. He really wanted to flip this chick over and bury himself deep, but he was a civilized man. There were preliminaries to adhere too.” But what I really loved from this one is below: “Look, sailor boy, I know you’re built like a tank, but you can’t just roll over me and think I’ll take it.” Is a quick read and is not meant to give you a full background on the characters or have much details on the story, but the author did a great job at the developing this quick one and I totally enjoyed it. I’ll give it 4 diamonds because I liked it; I won’t give it 5 because is a very short story. I can definitely give it 4 flames from start to end and so would you.

The Best Part of Breaking Up by Alannah Harte