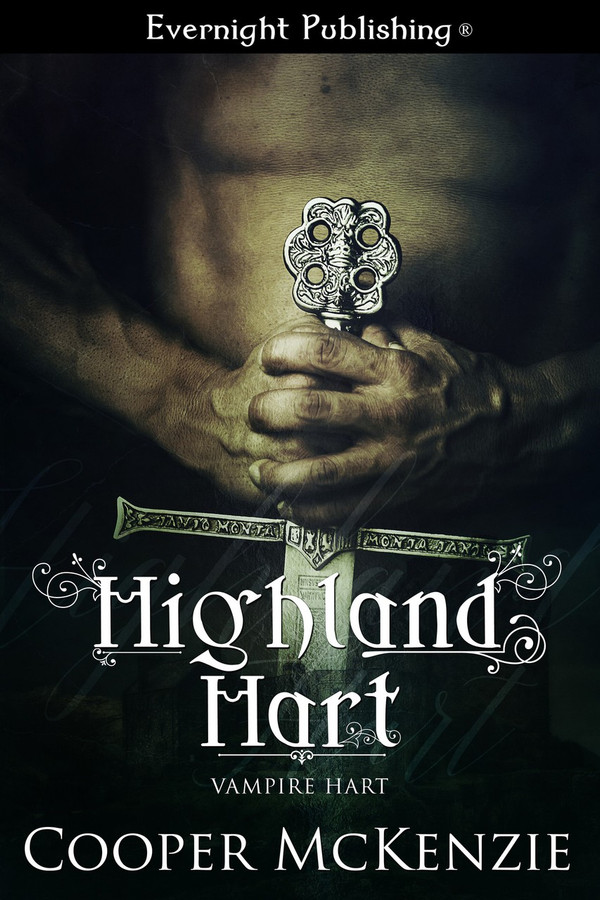 John David Hart fell in love with Fiona MacGregor, the clan chief’s daughter, the first time he saw her. He didn’t care that she was five years older and betrothed for another man. He courted her while he could, then stood aside when she married another. Ten years later in response to a note she sends, he rides to her rescue. Bringing her home, he watches over her as she heals, then he begins courting her in earnest.

Will Fiona accept him and his love this time? Or will she agree to marry her abusive husband’s brother as custom would have her do? Will she really be the last woman he ever loves?

When Fiona undid the ties holding the front of her dress together, he swallowed hard and took a step back to keep from acting rashly. Though Elspeth, Mrs. Willis, and the maids had kept them well chaperoned, he had seen his woman naked. And he had been walking around with his cock hard as a stone so much he had fashioned a length of cloth to tie the damn thing up so it wouldn’t go advertising his hunger.

Because of her injuries, Fiona had been going without her corset and extra layers of padding and underskirt. Still fully covered, but without the multitude of layers women put on each morning. Her dress, shift, and pantaloons was all she wore, and for that he would be forever grateful. As she untied the final bow holding the front of the dress together, he looked around and made a startling decision.

“Wait, lass,” he said as he took the steps that brought him to within an arm’s length of her.

She froze, looked around quickly then back to him. “What’s wrong?”

“’Tis too cold for you to be running around without your clothes,” he said as he began to clumsily retie the laces that held her dress top together. “And while I’d love nothing better than to strip us both out of our clothes, we are not the only ones out and about this fine afternoon.”

He leaned close and kissed her to stop the thought. When she stopped fighting and leaned into him, he finally lifted his head. “I ken your purpose lass, lass, but I’ll not have ye catching a chill. Or have some other catch sight of your extraordinary beauty.”

Once the laces were tied again, he led her to a large rock tucked under a stone ledge. Wrapping his hands around her tiny waist, he carefully lifted her and set her on the flat surface. The top of the stone seemed perfect for what he thought she had planned. Grabbing her skirts, he lifted them, his eyes growing wide at the fact that she wore nothing under her dress and shift.

“Woman, where are your … your undergarments?” he whispered as his cheeks burned with an embarrassment he could not fight down.

The thing was, her being only half-dressed under her outer clothes made his cock jerk and his seed begin to drool from the tip. He could only gasp when she slid a hand beneath his sporran and covered his erection.

“I’ve left them in my room for the past week, hoping for just this moment. Make love to me, John David. Fill me with this sword and make us one spirit held in two bodies,” she whispered in return.

Shocked by her boldness, and by how much that spirit excited him, John David could do nothing else. Pushing her skirts out of the way, he spread her legs then stepped between them. Now all that was keeping them from being joined as God had intended was his kilt. The kilt her father had presented him on his last birthday, the MacGregor tartan with one white thread added in the weave of red, green, and black that proclaimed him part of the clan and yet was distinctive as his own as well.

“Are ye sure, lass?” he whispered as his hand lifted hers away from his wool-covered cock.

This is a sweet romance about two people who are destined to be together. Love and life are woven together for John David and Fiona. Ever since John David arrived at the castle Fiona knew that he would always have a special place in her life. Little did she know just how special it truly would be. Fiona soon grows up and is married away but all is not well with her new husband. Soon her life may be at stake and Fiona sends a dire message to her father and John David. Does Fiona have a chance or will her husband take everything away before John David can help her? I enjoyed my visit to this world. Fiona is a strong woman and watching her fight for her happiness was a nice read. John David grows up to be a good man and he fights for his love. This time nothing will stop him from getting Fiona. He will do anything in his power to save Fiona and show her how much she is cherished and loved. Watching the relationship build between the two made for a romantic read. Fate cannot be denied and love proves how strong it can be in this story. The author weaves a beautiful world full of romance and emotions with this book. The characters quickly come to life and endear themselves to the reader. Not only did I enjoy meeting John David and Fiona but some of the secondary characters made themselves known as well. I would love to return to this world and see more of Fiona’s father and see where life takes him