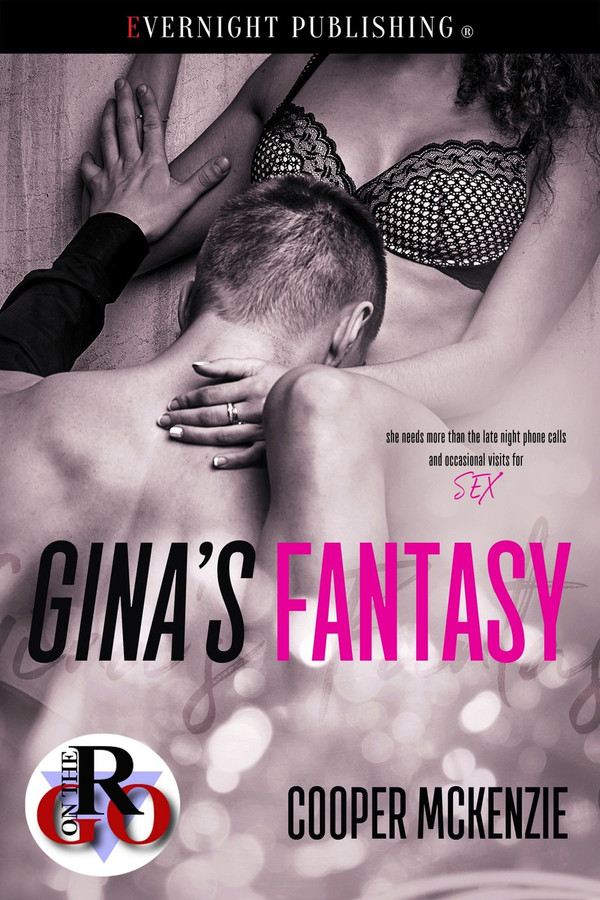 When Flynn finds Gina’s digital recorder in his pocket, the last thing he expected was for it to rock his clearly defined world. The fantasy Gina has recorded for his pleasure shows that she needs more than the late night phone calls and occasional visits for sex that his busy, busy life allows him to give her.

By sharing her deepest, darkest fantasy with the man she loves, Gina is certain she will lose Flynn. Will her need for him to let her out of the box he has her in marked "Sex and Stories" have him running for the hills without a backward glance?

Will Flynn be able to fulfill Gina’s fantasy? Or will Gina give up on her dreams and walk away from a relationship she has invested so much in?

Flynn looked at the small black and silver digital recorder he had pulled from his pocket and laid on his dresser just a moment before. His fingers twitched with the urge to push PLAY. Gina had told him she used it to capture additions to her many to-do lists, ideas for her volunteer activities, new book ideas, and whatever other random other thoughts crossed her mind that she did not want to lose.

He had once wondered when she had time to type up the verbal notes she made, but she said she worked straight from the verbal notes instead of typing them up. When he asked her what secrets she told the recorder, she smiled that smile that knocked every thought out of his head except the need to push her up against the wall and kiss her.

“Things I need to remember. Thoughts I can’t share with anyone else. Secrets and fantasies others might not understand.”

He wanted to tell her she could share anything with him but held his tongue. If she shared all her secrets, would she expect the same from him? Did he really want to know all the random thoughts she caught on the digital recorder?

Picking up the rectangular box, he cradled it in his left hand as he debated whether he should invade Gina’s privacy or not. Should he listen to her words, her secret thoughts?

How had she gotten it into his pocket? He had stopped by for one of his occasional visits and had hung his jacket on the hook by the front door. She had not gone near it, or so he thought. Maybe while he was in the bathroom after the hot-hot-hot sex they always engaged in when he was there? Or when she had given him the hug she always gifted him with just before he left?

As he shifted the recorder to his right hand, a flash of color on the back snagged his attention. It was a bright pink sticky with the words track six written on it. Did she mean the message for him? Had she purposely slipped the recorder into his pocket for him? He had started teasing her about telling the machine all the deep, dark sexual fantasies she had never shared with him because she claimed she could not say the words aloud with him looking at her.

Since they had started sleeping together the year before, they had fulfilled all sorts of fantasies of his. Not only did Gina like the daring places, times, and ways they had enjoyed each other’s bodies, she had yet to refuse any challenge he put before her. Whether it was late-night sex in the back seat of her car in the parking lot of her office, to showing up at one of their mutual volunteer efforts wearing only a bra under her short dress, she was up for anything. The only downfall was that she still had a hard time verbalizing her wants, needs, and desires. Would listening to track six yield any insight to her thinking? Had she finally given in to his request and recorded the sexual fantasy she most wanted to live out with him?

He swore softly as blood began to pool in his loins as he thought about what he might learn about his woman. Was he was daring enough to push the button? He set the recorder back on the counter. After refilling his coffee mug, he stood and stared at the machine as his cock tented the front of his sweatpants.

Since he had the day off from his job as a county sheriff, he had planned to spend the rest of the day in his comfy clothes, working on the seemingly endless shit-to-do list which hung from the refrigerator.

In a few minutes.

Just as soon as he listened to her dictation.

Picking the recorder up once more, Flynn studied it. Though she had listed track six in her note, he pulled up the first file and pushed play. Holding the tiny speaker to his ear, he frowned. Her voice was too soft to make out her words clearly. His cock began to throb as he went to the front hallway where his MP3 player sat plugged into its charger.

He pulled his headphones from the tiny music player and plugged them into the recorder. Slipping the ear buds into his ears, he sighed once he could hear clearly. He smiled as the sound of her husky voice washed over and through him.

It took only a few seconds to realize the first track was a shopping list.

The third contained a thank you note to a friend for the birthday gift she received, though her birthday was not for another two weeks.

He hesitated before pushing the button for the next track as his conscience prinked at him. Was he invading her privacy by listening to all the files? Surely, she had to know his curiosity would prevent him from only listening to the one track she told him to.

Cooper Mackenzie pens a perfect scenario with this short, sweet and sexy story. Flynn and Gina are an amazing duo and I’m not exaggerating when I say I held my breath through the majority of this book. I so wanted Gina’s fantasy to come true. I admired her for coming out and saying exactly what it was she wanted and I couldn’t help but lose my heart a little to Flynn for his reaction to her secret. I wanted to be upset with him for not realizing sooner but her truly had no clue. I enjoyed seeing Flynn in his own environment and then seeing him including Gina in his life. It was the effort that made me appreciate him all the more. I loved seeing things from his point of view and getting his side of the story because there was two solid pieces to this relationship. If you are looking for a short story to break the monotony of your day this spicy and sweet read is a fabulous choice. The Story: Gina and Flynn have been lovers for some time when Gina finally finds the courage to let him know what her ultimate fantasy is. Has she scared him off with her secret or is Flynn the man to give her just what she needs?

Gina and Flynn have had a relationship of sorts for some time now. When Flynn asks Gina to share her fantasy with him what he hears takes him by surprise. Gina has never let on about her true feelings about the way their relationship is. What she records for Flynn is a wakeup call. Will he be man enough to make the next move or will what she reveals push him away? Gina has taken a chance and put her heart on the line. Hoping that Flynn will be there to catch her and not run away. Gina and Flynn’s adventure is a sweet story that will pull on your heartstrings. Flynn is a good man but fails to see the obvious way their relationship is and where it is heading. Gina longs for something and only he can give it. When Flynn tries to step up and do what he thinks is right things take a turn for the worse, but he does not let that stop him from showing Gina just how much she means to him. I really enjoyed watching these two find a way to a happy ending. Flynn shows what a strong and loving man he is with all that he tries to do for Gina. There is no denying the heat and sexual attraction that these two have but the love that these two have for each other is the biggest and best part of their relationship. Emotions are very strong throughout their story and it was nice to see Flynn fight so hard to give Gina her fantasy.

Hot, quick, sexy, intense are the words that come to mind for Cooper&#039;s latest. Not to be missed!