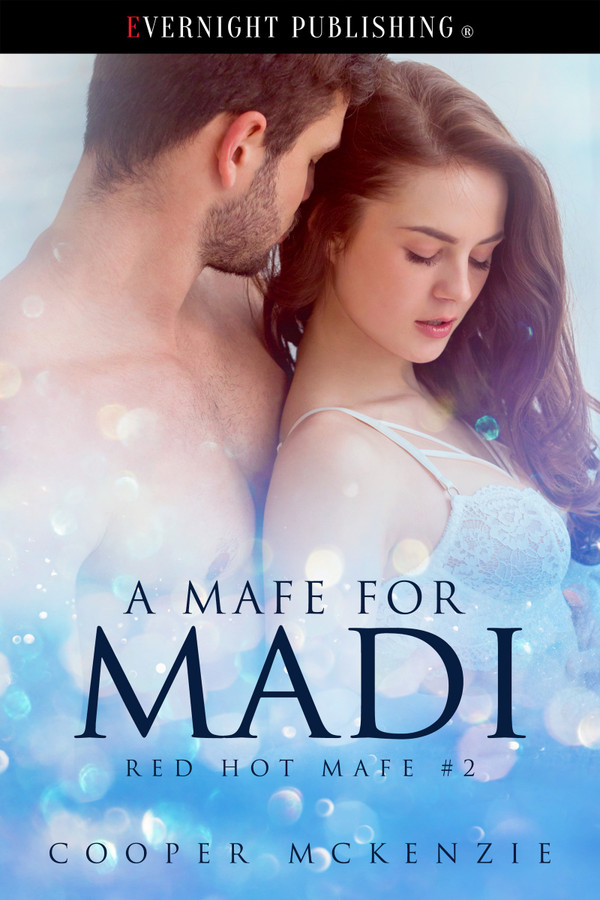 After a traumatic past, best-selling author Madi Delaney retreated from the world and became a hermit, never leaving her home. When her publisher threatens to drop her unless she does a six-week, cross-country book tour, Priscilla, her best friend and agent, suggests she needs a man-wife/mafe to take care of her. And she knows just the man for the job.

Out-of-work, long haul trucker, daredevil Garrett Bailey is staying with his sister when she announces she has the perfect next job for him. He will drive their parents’ RV and act as bodyguard and mafe for Madi.

Can Madi get along with the man her first crush has grown into? Will Madi overcome her many phobias in order to keep her publisher happy? Will Garrett be able to handle the job of mafe when he doesn’t know what a mafe is?

“You know, sweetie, it’s well past time you come out of hiding and rejoin the world,” Priscilla said carefully. “I have an idea, but you’ll have to work with me. Think you could you do that?”

“You can do the tour in Mom and Dad’s RV. That way, you can bring whatever you need to make the RV feel like home, and no one will come inside except you and the driver without your permission. That way, you’ll have a safe space, and you’ll be able to finish writing the next book while the driver gets you from one appearance to the next. You won’t have to fly, or take a bus or train, or stay in strange hotel rooms. And, if you feel up to it, you could even do some sightseeing along the way. And I know just the man for the job. He would act as your driver, bodyguard, and you know, that mafe we decided you need in your life.”

Priscilla laughed for nearly a minute before answering. Though she wanted to, Madi smiled, but did not join her bestie in the gigglefest. “Mafe, short for man-wife. You know, a man who can cook, clean, run errands, and take care of all your needs. A man-wife.”

Madi’s already roiling stomach flipped, and her nerves jangled even harder for a whole other reason. “Live in an RV with a man for six weeks? I don’t know abo—”

Priscilla cut her off. “I’ll know the perfect man who will take good care of you. If he doesn’t, you have my permission to kick his ass out, and I’ll take a leave of absence from here and drive the damn thing myself for the rest of the tour.”

“But you don’t know how to drive an RV any more than I do,” Madi pointed out with a chuckle at her friend’s offer.

“I’ll figure it out. So, what do you say? Do the book tour in the RV with a mafe, or restart your career from the ground floor in a new genre, under a new pen name, with a new publisher?”

Madi closed her eyes and rubbed at her forehead as a headache began to form. “I’ll do the tour,” she whispered on a sigh. “Somehow, I’ll do the tour, but if I end up in a psych ward somewhere because of it, you are tasked with breaking me out and getting me home.”

“You’ll be fine. I’ll talk to you in a couple of days, after I get everything arranged,” Priscilla assured her before saying goodbye.

Madi hung up and laid down the phone, hoping her decision to leave the sanctity of the estate she hadn’t left in eight years to go on a nationwide book tour wouldn’t end up being the biggest mistake of her life.