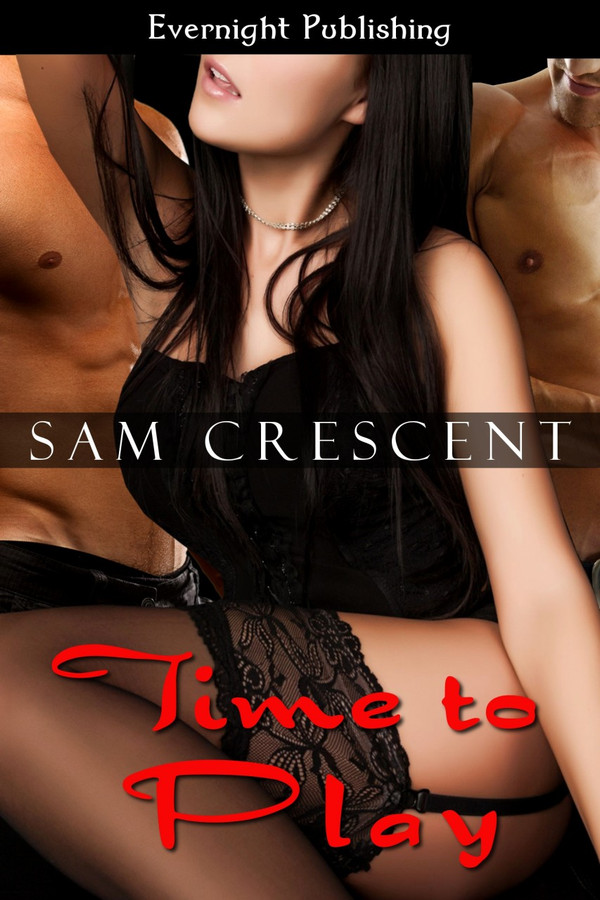 One night of hot sex was never supposed to be complicated.

Simone hates men who cheat. When she catches her current boyfriend with another woman, she finds the nearest bar and spends the night with a mysterious and alluring stranger.

Callum Gallagher is looking for a thief. Someone is stealing his money and making it look like Simone is the culprit. He knows it cannot be her. Callum enlists her help with a little persuasion.

She never expected to meet her mystery man or to be attracted to him and his brooding friend. Cole Turner gets under her skin unlike any other man. When their innocent kisses take on a whole new meaning, will she be able to resist both men?

After witnessing the disaster of her parents marriage, Simone cannot bring herself to trust any man with her heart. Will Cole and Callum break the ice surrounding her heart?

“This is just a city, Callum. Nothing special about a city.”
He ran a finger down her arm watching her nipples harden in their reflections. Her body caught his attention. She had a nice rounded stomach and full, spankable ass. She was not self conscious. She wasn’t trying to cover her body from his view. Simone was happy in her skin, and he found it a turn-on to finally see a woman happy with herself.
Moving his hand around her body, he cupped one of her tits in his hand. The weight filled his hand. She looked so sexy as her head fell back onto his shoulder. One of his hands had his drink. He used the other to play with her body.
“Do you like being my toy?” he asked, running his hand down to her mound. She was neatly trimmed. He wondered if she went bare at any time.
“Providing you give me what I want, I don’t care what you do,” she said.
Her eyes closed when he eased a finger between her glistening pussy lips. She was soft to the touch. Dripping wet from her orgasm. He wondered how she’d look with his seed mixed in with her own release.
“We’re strangers, Simone. No one will ever know what happened here.”
“I know.” She opened her legs wider. The heels she wore made it easier for her to open. He watched in the reflection as he teased her clit. The little nub looked swollen with need. The drink in his hand was hindering his play time.
“Hold this,” he said, handing her the glass.
Simone took the glass from him. Callum opened the lips of her pussy, taking a good look at her reflection. He wanted his tongue inside her and to taste all that warm cream he saw coming from her.
Callum moved further down pressing the tips of two fingers inside her cunt. Her moan echoed off the walls. Once she had two fingers inside her, he added a third, watching her take all of him. His cock thickened inside his pants.
“Stand up.”  She did as he told her. He took the glasses from her hands then placed them on the floor.
Next, he removed his own pants until he stood behind her naked. Grabbing another condom, he placed it over his stiff cock. He pressed on Simone’s back, making her ease forward against the glass. Her ass was in the air with her cunt on display. Callum eased the tip of his dick along her slit, feeling her shiver with each move. When he bumped her clit, she cried out in pleasure.
In one single thrust, he pressed inside her tight cunt, feeling her walls grip him like a fist. With her hands against the glass of the window, he pressed his length inside her cunt. Holding her hips, he pulled out then slammed inside.
“I want to hear your screams, Simone. I want to hear you beg for my cock.”

Simone likes sex and she&#039;s not afraid to ask for it. There lies the problem because she doesn&#039;t want to have to ask, she wants a take charge man who will show her how sex is supposed to be without the fumbling. When she walks in on her boyfriend having sex with his secretary she&#039;s mad. Simone hates cheaters. She goes to a bar to have a drink or a few and meets Callum. Callum knows he has to have her as soon as she walks in, and from there they end up having a no strings hook up with her leaving in the morning. When Simone goes to work on Monday she finds out that Callum and his friend Cole are taking over her company and she leaves, only to have to come back to help because someone is trying to frame her for theft. The bad guy was not so bad and I was slightly confused when it we found out how and why, but I enjoyed the book. The relationship between Cole and Simone was fun with lots of teasing and when Callum was added to the mix it was hot.

Simone had to deal with a father who didn’t want her until she turned six. Aftef that her mom moved away and got out of the headlines. Simone got to have a life like all other kids and never wanted anything to do with her dad again. She can’t stand men who cheat since that is all her dad did to her mom. Callum Gallagher and Cole Turner have shared many women and they have always left them afterwards without a second thought. That is until they share a certain woman and she writes a tell all book and they never share again. When they meet Simone they both want her but will both of them take the chance? I loved this book. There were so many things going on and you get to see to alpha males change for one woman. One fights while the other gives in. After that happens the opposite happens. One admits his feelings while the other doesn’t want to realize what he is feeling. I really couldn’t stand Simone’s dad. He cares for nothing but himself and the heck with his wife and children Every time I read a book by this author I get more into her books. They are all different and take you on a different journey. You know you will always get to read about wild passions and unique couples. Each writing style is different and they get better and better with each book that I read. I can’t wait to read the next book in this series. Each series just sucks you in and makes you want to read one after the other. So if you love fun erotic reads that will leave you wanting more then this is the book for you. There is a M/F/M relationship.

It was supposed to be a night of kinky, hot sex with a stranger and Simone would walk away very satisfied and with no complications or regrets.Â That was before her sexy stranger showed up at her Monday morning meeting. Someone is stealing money from one of his companies and making it look like Simone is the thief and Callum Gallagher wants it stopped.Â Callum and his business partner, Cole Turner, are sure that Simone is innocent. By enlisting her help, not only can they keep her close but they can get to the bottom of this mess. Simone never expected to see Callum after their night together but that doesn’t mean that she isn’t still attracted to him. Somehow his partner Cole has gotten under her radar.Â What’s a girl to do but satisfy an itch and walk away with her heart intact? Maybe... or maybe not? Author Sam Crescent combination of romantic passion, intense adventure and audaciously vibrant characters makes Time to Play a memorable and irresistible read that shouldn’t be missed!Â Every naughty pleasure is purely a delight and the reader can’ help but love watching the dance of seduction between Callum, Simone and Cole as they fall in love.Â The reader should be warned:Â once you start reading Time to Play you won’t be able to put it down until the very last page and even then the characters seem to stay with the reader. Simone is a spirited sensual beauty. Woman enough to embrace her curves as well as her bold personality. Her vulnerably is a special treat that the readers can’t help clasping to their hearts.Â Some of the audacious actions that she dares to take are absolutely delightful.Â Her in-your-face attitude with everyone but her family is something to behold with some laugh-out-loud moments.Â The witty bantering between Simone, Cole and Callum is entertaining and exciting.Â The sex is daring, erotic and smoking hot.Â The men’s two quite different personalities seem to complement Simone for a connection that singes the pages with its heat as well as its tenderness and emotional pull.Â The relationship between Simone, Cole and Callum is the whole focal point of the story with the missing money taking a back seat to the lovers and that’s not a bad thing. Time to Play is a story that shouldn’t be missed!Â This reviewer can’t wait to see what’s in store for Simone’s brother in the next installment of The Allusifa Siblings!

Sexy and hot! Simone was having a really crappy Valentine&#039;s Day, and it wasn&#039;t getting any better. She just wanted to have a freaking drink ALONE. After discovering her boyfriend cheating, the last thing she wants is to be hit on by every man in the bar. But then Callum isn&#039;t just any man {not to mention Cole} – but then one night of blistering hot sex was never supposed to get so complicated. Simone Allusifa is a full-figured, strong, independent, sexually-liberated woman—my favorite type of heroine. The author complements her character with two sexy, dominating, alpha, men—Callum Gallagher and Cole Turner. The scenes between Callum, Simone and Cole are filled with flirtation, passion, humor, and realistic emotion. As far as the sex scenes, for an MFM, I considered them fairly mild—anal sex, sex toys, spanking. The undertones of corporate espionage and betrayal make this more than just the typical erotic romance. I am looking forward to Daniel Allusifa&#039;s story.

His Possession by Sam Crescent