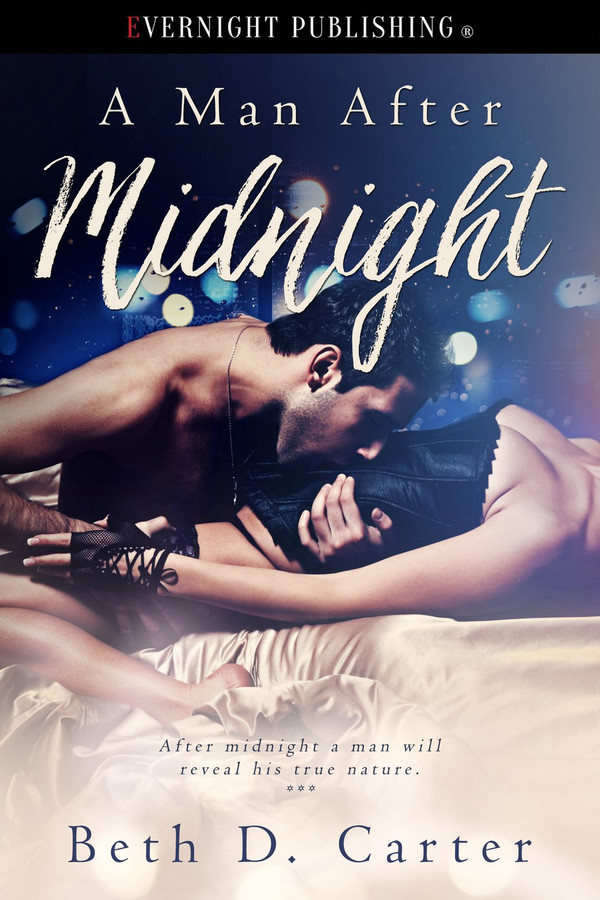 When her best friend extends an invitation to spend a weekend enjoying New York City, it seems like the perfect mini-vacation. Little does Caroline know she's about to have a sexual reawakening in a dank and dangerous alley.

A one night stand with her hero Wren Calder turns into a weekend of wild, sexual adventures and marks a pivotal moment in Caroline's life…unlocking her frozen emotions.

After midnight a man will reveal his true nature. And, in experiencing such an encounter, Caroline finds a way to free herself from the chains of her past.

Wren cupped her face, his breath fanning over her lips. Her eyes fluttered closed just as his mouth touched hers, with only the barest hint of pressure.  It was the most erotic chaste kiss she’d ever experienced.  A simple meshing of lips that held nothing more than a warm bond, and just when the longing for more became too much, he swept his tongue over the closed seam of her mouth. She let out a gasp, giving him the perfect opportunity to deepen the kiss.  When their tongues twined together, she tasted a hint of gin lingering from the martini.  Caroline wrapped her arms around his neck in an effort to get closer.

Wren ran his hands down her arms, over her hips, and finally to her rear.  He gripped each ass cheek firmly as he pulled her into the crook of his thighs to rub her up and down his hard cock.  Need rolled through her at his domination.  God, how could she crave him so much, this stranger who had miraculously appeared when she needed him most?  Never had she felt such instant lust for someone, not even her husband, and the raw compulsion for sex was something new and foreign.

He broke the kiss and eased back.  They stared into one another’s eyes, even though the only light came from the exit sign over their heads.

“I’ve been wanting to kiss you since I saw you in that bar,” he said.

“Why didn’t you approach me?” Caroline responded.

“I detest bars and more specifically, all the cheesy pick-up lines I hear floating around.  But with you I was willing to make an exception … and then Gil appeared.  I wanted to see if you were the type of woman who’d want him.”

“Hell no,” she said emphatically.  “You wanted to know why you and not him?  His actions were cold and calculating, even from the beginning.  Staking out women in a bar, picking his potential bed partner … I wasn’t going to be the next notch on his bedpost.”

The fingers gripping her ass cheeks tightened just a little.  “And my bedpost, Caroline?”

She took a deep breath.  Now was the moment to back away if she wanted.  To thank Wren for the drink and dancing, and saving her from being assaulted. She could leave with all her sanity intact, retreat back behind the walls she’d built up, and enjoy the memory of being just a bit daring.

Or she could live a little.  Be more daring.

Wasn’t that why she’d come to New York City after all?

I loved this book, read it all in one setting. Very captivating, I could not put it down. The way she described Caroline and Wrens passion was better than 50 Shades of Grey.

As Midnight Loves the Moon by Beth D. Carter