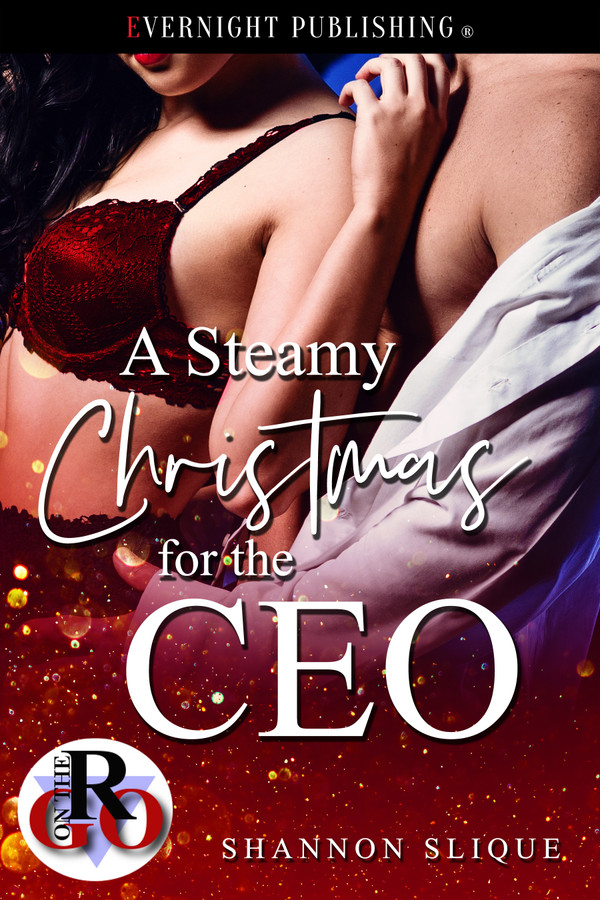 What does a woman do when her life is focused on building her business to save the legacy left by her grandparents—and then her sister gifts her a box of sex toys for Christmas? She grabs the nearest human being to help her test them out, of course. And if that’s Ewen, bonus!

Kelly O’Connor owns Melbourne’s go-to forensic auditing service. She met Ewen four years ago and no man since has measured up, not even his brother. But Ewen treats her like a problem sister and there’s just no way around that.

Ewen Bridger fell in lust with Kelly when his brother brought her home. Now his brother is dead and Kelly should be out of bounds, but when she needs rescuing, he jumps right in. The bedroom benefits are amazing, but can he move beyond his brother’s memory to find a future with the sexy siren?

“You seemed to know a lot about the sex toys,” Kelly muttered against his lips.

“They had labels,” Ewen said.

“Do you want to try them out?”

“You’d trust me to do that with you?”

He pivoted them so that her legs hit the side of the bed and they toppled onto it together. Kelly shimmied from underneath him toward the bedhead and left ample room for his well-toned body to rest beside her. Her body hummed in anticipation.

Ewen extended one long arm and dragged the box toward them. Propping himself on one elbow, he reached in and grabbed the first item to hand. “Jiggle balls.”

“They’re free roaming balls to be worn internally for gentle stimulation as she walks around,” he read aloud. “Want to try? Let me test if you need lubrication.”

“I don’t. I’ve been wet since you arrived! You don’t have to grin like that.”

“That’s a very nice compliment, Ms. O’Connor, but I wouldn’t be where I am today if I didn’t check facts for myself.” He tore the package open and two balls connected by a string dropped onto the quilt. Ewen slid one hand over her stomach and caressed her mound. She tensed as his middle finger moved aside the fabric of the g-string, worked through her intimate folds and on to slip inside her. One quick flick on that inner spot and she bucked.

“Shhh! Not yet,” he muttered against her belly button.

“Yeah, you’re right. No extra lubrication needed. But we’ll go slowly. Bend your knees. I’ll slip this one in first.”

Kelly focused on his face as he watched the ball sliding into her. She felt her body suck up the sphere as if it had been waiting for it forever. A smile lifted the corner of Ewen’s mouth.

Oh my, the sensation of the cold silver sphere rubbing over her clitoris and then pushing into her vagina left Kelly breathless. Ewen came up beside her and his finger reached in again and stirred the balls around. He brought his mouth down on hers, catching her gasp of surprise. Wild sensations zinged through her chest, her legs, her vagina, even her fingertips.

“Stand up,” he commanded, jumping off the bed. “You’ve got to try them moving around.” He drew her into his arms to set her on her feet. “Go for a walk.”

“Will they fall out?”

“Experiment. Jump up and down.”

“Ewen! This is…” She panted as the balls bounced around and stimulated every corner of her inner being.

He pulled her to him and laid her back on the bed. His mouth explored her breasts, her stomach, the inside of her thigh. He eased down her body, inhaling deeply of her fragrance, on down her legs, and slipped off her sandals. He knelt between her ankles and reached up to grasp the g-string and slide it from her legs. Then like some sort of predatory jungle cat, he prowled between her splayed limbs on all fours until he reached the apex of her thighs. His nose nuzzled at her folds as his tongue found her entry.

Kelly arched off the bed. Ewen’s tongue thrust in and out, then he went higher and his teeth grazed on her clit.

“Ewen!” Her voice sounded strange to her own ears. Her knees bent and clamped his torso. Her hands gripped the railings of the bedhead behind her.

He moved further up her body, tasting her now and then until he reached her breasts, suckling at one and then the other. He rolled off her and onto his back.

Kelly lay stunned for a moment as her body felt the loss of his heat and her brain registered the blunt demand.

A smile unfolded on her mouth. “My turn.”

Ewen had strong feelings for Kelly but their relationship was beyond complicated. Their two companies shared a lot of business together and Kelly had practically been engaged to Ewen’s brother until the car accident that killed him. Neither Kelly nor Ewen had managed to reach a place where they felt they could even discuss – let alone act on – their feelings. A naughty Christmas gift from Kelly’s sister though has Kelly and Ewen’s seemingly ordered lives turned on its head. I really enjoyed this steamy and quick Christmassy read. I was pleased that the author spent enough time at the start to really lay out both Ewen and Kelly’s characters, and also show me what their business and personal relationship was like before having them reach the crux point and change over from friends and business contemporaries and flip over into something far more intimate. Readers who enjoy a healthy amount of plot in their stories should find that this short story really delivers on that aspect. Kelly’s family and Ewen’s grief over the loss of his brother are all tangled up into an interesting and complicated knot that slowly gets unraveled as the story progresses. While a part of me would have enjoyed if the plot had unfolded a little more slowly – I had to re-read a few sections to make certain I’d picked up some of the intricacies and was following along properly – I feel the author did a really good job making the moving parts all join together and work coherently. Sexy and fun with some good chemistry between Kelly and Ewen, I found this to be a strong and enjoyable story.

Auctioned to the Bad Boy CEO by Doris O'Connor