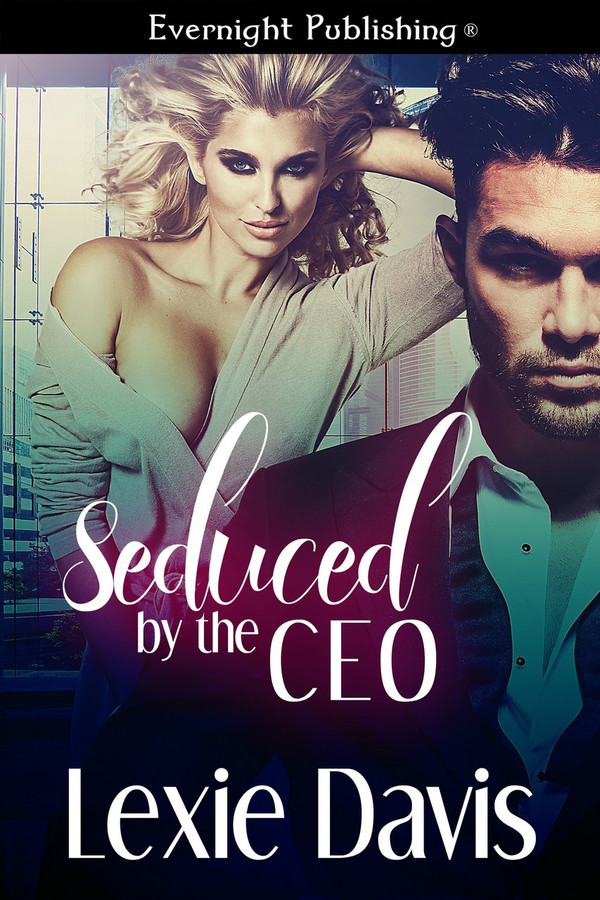 Kristin Marsh landed her dream job with Bosk Entertainment as a CPA. She had everything she could really ask for and then some. However, when her mysterious boss calls her into his office to sign a confidentiality agreement, she didn’t know what to expect.

Micah Bosk was know for his strict ways in the boardroom, but this dominant man dabbled into the kinky lifestyle associated with bondage. It lead him to purchasing The Black Rose, a hot spot fetish club in the heart of Denver. But when the smart businessman looks over the books, he discovers the numbers simply don’t add up.

Micah seeks Kristin’s help with his financials and slowly introduces the good girl to his kinky world. She's sexy and strong, perfect for what he wants in a sub, but she has reservations about a no-strings affair with her boss. He can show her the naughty pleasures he enjoys but will her need for commitment be a deal breaker?

“You don’t know what goes on at the club.” His voice was low, almost distant. There was nothing about him that wasn’t ready to back down. In some weird way, she didn’t want him to.

“I know but…” She chewed on her lower lip, keeping her attention on anything but him. Maybe she could avoid him and he’d just drop it.

Instead, her attention jerked back to him when the thump of his shoe hit the floor. She watched exasperated as he took off the other. “What are you doing?”

“I’m going to fuck you.” He gripped his shirt from the center of his back and pulled it over his head. “You are all slick and wet. I can smell your arousal from here. A simple tug of your robe and you’ll be naked. I’m not passing that up. Unless…”

“Unless what?” she barely got out.

Each hard muscle of his chest and stomach caught her attention. She knew he had a nice body, had felt it beneath his crisp shirts.

“Unless you say no, and mean it, Kristin. Don’t play with me.” He stared at her waiting for an answer. “I think you’re scared, which is why you say no. I don’t know what the hell you were talking about with expectations and your ex-husband. I honestly don’t care. What happens between me and you has nothing to do with him. I don’t think you’re scared of me, but of what you’re feeling when you’re with me. I can promise you, baby, it’s only going to be mind-blowing—earth-shattering, even—if you stop saying no.”

He was a mouth-watering temptation that she wanted to explore with her tongue. Kristin shook her head trying to get rid of the thoughts flowing through her mind. Jamie was rubbing off on her.

“We’re going to go to your room, get in your bed, and I’m going to make you scream my name until your throat is raw.” He narrowed his gaze, pointedly staring at her. “Then I might let you come.”

“I’m not sleeping with you.”

“No, you’re not. What we will do requires no sleep.”

All the ingredients for a smoking hot kinky read: a contract, burn the cover off chemistry and a BDSM club. While the plot of Seduced by the CEO wasn’t new, it was the characters that won me. They were different. “Draw me in and hold me captive to the story” different. When Micah finds that the accounts for the BDSM club that he owns don’t add up, he calls on the one person who can surely find the cause. But can she handle his needs? When Kristin gets a contract from her boss, demanding ultimate secrecy and discretion, she signs it without a second thought. What she comes to realize about her boss, and herself, is an eye-opening surprise. The story flows well and the characters were well developed. The story kept me interested to the very end. This is a character driven story and the author kept them in the forefront with snappy dialogue and hot chemistry. The ending indicated that there may be a second book. It wasn’t what I expected. While I’m not personally a fan of suspense and waiting, sometimes I find a series worth waiting for. Excellent read with more than a few pleasant surprises.

Sacrificing a personal life in favor of raising her son and getting a degree never really bothered Kristin Marsh. Her parents&#039; marriage, as well as her own, makes Kristin appreciate the freedom of now being dependent on no one but herself. Running a large corporation is hard work, and with someone siphoning funds off his accounts, Micah Bosk needs answers fast. The faith he has in Kristin’s ability to find the money is absolute, and so is his growing desire. Wanting to have sex with her boss is definitely the dumbest fantasy Kristin has ever entertained, but when he entrusts her with his secret business those fantasies go wild. The Black Rose is so completely the opposite of Kristin’s boring vanilla life it scares her to death, yet Micah insists she is going to love it. What is even more terrifying is that she may actually be falling in love with him. Micah does not do relationships…lesson learned, will not repeat, but the longer he is around Kristin the crazier he feels at the thought of losing her. Micah and Kristin definitely have more than a few issues to overcome. Especially since neither one really wants to open up to the other. Kristin confuses herself so it is no wonder Micah is frustrated most of the time, yet he is just as guilty. Their entire relationship often teeters between the professional and the booty call. I sometimes find it hard to get a feel for them as a couple. I do; however, like that these characters are adults, not hormone crazed twenty-something’s. Which makes the storyline feel more realistic.