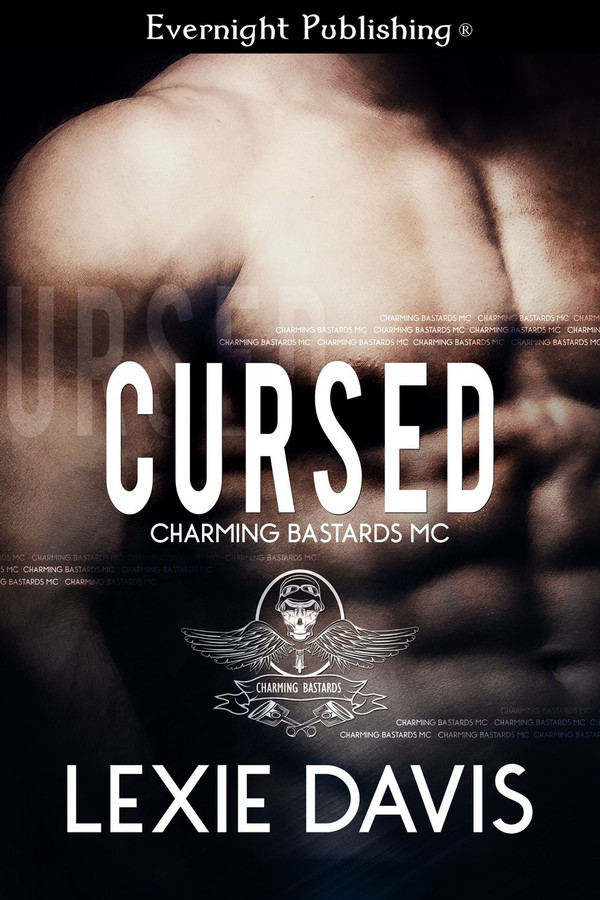 Three years ago, Josslyn Maverick left the MC world to raise her son alone and make a decent living as a realtor. The former MC princess knew nothing about the current war going on between the Charming Bastards and her father’s motorcycle club until her son is kidnapped. Needing his father’s help, she steps back into the MC life, ready to do anything necessary to get her son returned safely to her.

Tank was shocked when he found out he had a kid and that the kid had been kidnapped by a rival. It was fine to go after him in a MC war, but there was a standard rule that you didn’t mess with family and live to tell about it. Despite everything, Josslyn coming into his life was exactly what he needed. She was the only woman Tank ever wanted and he’d been stupid to let her walk away.

While they work together to fix the raging issues between his club and her father’s, Tank realizes there’s more to the story than what meets the eye. Can he protect her and the kid they share? Or will he die trying?

“Are you okay?” He smoothed his hand along her back.

“I’m fine.” She pulled away from him. “Are you going to get Jeremy?”

“I can.” He followed her into her bedroom. “I thought we’d go get him together.”

She pulled her tattered shirt off and tossed it to the ground. The red bra she wore underneath was lacy and delicate. It lifted her breasts so that they were gently pushed together. His mouth watered.

Tank grabbed her hand and pulled her to him. Gently, he leaned in to press his lips to hers. Josslyn was so soft, so delicate. He knew she could take a lot, but he liked it when she let go and let him take care of her as well.

“You’re so beautiful.” Tank brushed her nose with his.

“Even with a huge bruise on my cheek?”

Tank reached around her to unhook her bra. He tugged it from her body and glanced down at her lush breasts. The soft pink nipples beaded under his gaze and he licked his lips.

“Do you really need to ask me that?” He brushed his thumb over her nipple.

“Well, I know how you like your women. Blonde and dumb with an open mouth or open thighs. I can’t really compete with that.”

Tank glanced up at her. “That’s not how I like my women.”

Josslyn moved away from him and slipped her pants off. “Yeah? How do you like your women?”

“Bound to the headboard while they ride my face.”

He watched her squirm. She didn’t quite look at him as she slipped her panties off. She was nervous. He wasn’t sure he’d ever seen her nervous about sex.

“Hey,” Tank smoothed his fingers along her arms. “What’s going on? You’re nervous. Is it about what happened at the club?”

She blew out a harsh breath. “I haven’t had sex in three years. You were the last guy I was with and I’m completely out of practice.”

The corners of his lips tilted upward. “After all the times we’ve fucked each other, you’re nervous to be with me again?”

He pulled her to him, tightening his hold around her wrists. “I had my face between your legs. You didn’t seem too nervous about that.”

“Yes. It is.” He grabbed a scarf from her dresser and went to the center of her bed. “Come here.”

This Motorcycle Club read was very different than some I have already read. Most have a lot of happy feel good stuff but this MC series feels like what it must really be like if I were to be in a MC. The author does a good job of describing what I picture this lawless course world to be like, a scary world. I didn&#039;t read books 1 and 2 but I made sure that I have bought them and will be following this series. The flow of the book was steady but fierce. After all the darkness, it seems, Josslyn finally gets her chance at a life she wants.

Survivor and fighter Josslyn will do whatever it takes to save her son. New-to-me author Lexi Davis introduces me to a different kind of motorcycle club (MC) erotica. This is the third book in the series and it is recommended to read the first two books. Full disclosure, I read this one as a standalone and it was fine. For erotica readers romanticizing bad boys on bike, this is not the book for you. Granted I am just branching out into reading books with a MC element, but this one made me feel a bit ill at ease. The MC series I have read so far contain anti-heroes who are honourable. They are dangerous boys with a heart of gold. This is probably considered the &quot;fluffly&quot; MC books which hardcore MC lovers smile at indulgently. In CURSED, there is no fluffiness. The MC men are law breakers who are horny, abusive alcoholic druggies. The worst stereotypes of bikers are realized in this book. What is most heinous to me is how a father treats his daughter. Josslyn grew up in the MC lifestyle when her father abducted her at the age of three from her mother. Living in the club house, Josslyn is a sexual collateral at a young age for her father&#039;s shady deals. Because of this messed up childhood, Josslyn is determined to keep her son away from this life. When her son at the age of three is taken from her, she goes on a rampage. First one she tracks down is the sperm donor to her son. Tank is part of a rival MC and did not even know he had a son. The character building in this story is good. Both Tank and Josslyn are developed characters with more flaws than not. The secondary characters are all a bit vile. I honestly didn&#039;t like any characters in this book other than Josslyn&#039;s son. Even Josslyn is a bit hard for me to like. I felt badly for her, especially as each new horror is revealed from her childhood. I never warmed up to Tank. The overall feel of this book is gritty and desolate. This world the MC live in is shady and definitely slumming it. For the most part, I kept thinking the two rival MC should start a war and slaughter each other. Even the sleazy women used only for their sloppy holes are not innocent and should be exterminated. This crass world makes the crude and obvious conflicts less impactful because the reader may just want everyone to be wiped out. Ms. Davis does a very good job of capturing this lawless coarse world. She paints a somber world with little hope. The little boy and Josslyn&#039;s motherly love are the only light which is constantly in danger of being extinguished. The conclusion came fast and furious. The repugnant father receives his just rewards. This is a satisfying ending with a happily ever after. After all the darkness, it seems, Josslyn finally gets her chance at a life she wants. This will appeal to romance lovers. Recommended for erotica readers who enjoy motorcycle club themes. - See more at: http://erotic.theromancereviews.com/viewbooksreview.php?bookid=20520#sthash.p65zRhdD.dpuf