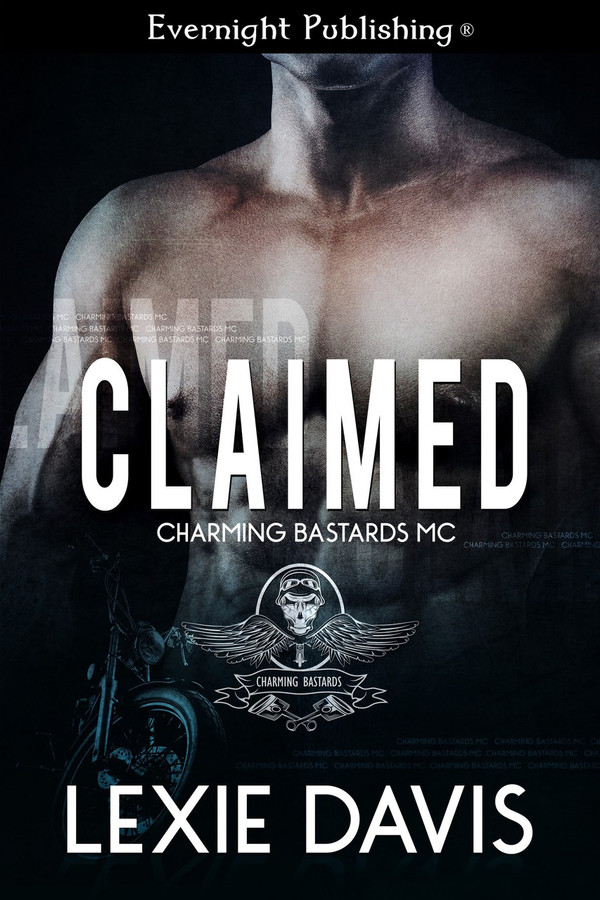 When her mother died, Layla Roberts gained custody of her three sisters, one of which was recently diagnosed with cancer. Working four jobs just to survive, she realized that she needed financial help from her father’s MC to keep herself afloat. The Charming Bastards were known for motorcycles, mayhem, and kink but she never realized how spellbinding the decadent pleasures could be until Silver, the vice president, made her an offer she couldn’t refuse.

Tyke “Silver” Silverman had been infatuated with Layla since his first day as a full patch member. He always knew enough to keep his hands off. But, instead of obeying the rules set by her father, Silver offered to give her his personal money to help with her financial trouble if she would give herself to him.

Their intense bond takes an unexpected turn when Silver realizes his infatuation for Layla runs deeper. The consequences of his defiance could cost him everything. Can Silver figure out a way to smooth everything out or will he lose Layla and his club forever?

She took a step inside the room. “Is that what you want me to do?”

He stopped, settling his attention on her. “You’re not made for this lifestyle. Go back to my room.”

She folded her arms over her chest. “You don’t know what I’m made for.”

He snorted. Instead of continuing with the blonde, he bent to undo the restraints. Layla looked around the room for the first time, taking it all in. On the surface, it looked like a medieval torture chamber. Floggers and paddles of all kinds hung on the wall in front of her. Cages of different sizes sat off to her left. There was a machine with a dildo attached that looked interesting and scary at the same time. Long panels of mirrors were strategically placed along the walls so she could get a view of the entire room from different angles. Several other pieces of equipment filled the room. The bench that the blonde stood from was intriguing, but the X in the corner looked more devious. When Silver dismissed the girl, he reached for his beer.

“What are you doing here, Layla?”

She took a few steps into the room and sat on the bench the blond had draped herself over. “You said that we were going to fuck. Let’s fuck.”

“You’re off the hook.” He took the leather slapper to the wall and hung it up. “I don’t want you anymore. Go home and take care of your sisters.”

His statement hurt more than she expected it to. Not only did he reject her like so many others, but he understood the reasons why she agreed to be his sex slave. Somewhere underneath that bulk of muscle was a heart that Silver didn’t like to show too often. She was pretty sure it had nothing to do with her father and his reign over the club but her. And only her.

He kept his back to her as if it were easier to reject her if he didn’t look at her. His back was smooth and perfectly sculpted from some fancy gym equipment’s repetitions. The black shorts hung on his hips and covered what had to be a fine looking ass. Hairy legs stood hips’ width apart as he worked on winding rope. He was more than a biker. While she’d been his fantasy for a while, he’d also been hers.

Layla dangled her legs off the bench and stared at her toes. “Do you honestly think I don’t know that I’ve been your biggest fantasy since I was thirteen?”

He turned toward her. “What?”

“I saw the way you looked at me. The way you still look at me. You’ve wanted to fuck me since I turned thirteen, you sick perv. Don’t you dare try to convince me that you don’t want me anymore. Be a fucking man and admit that I’m forbidden fruit and you want a taste.”

He lifted his beer to his lips. “I’ve had a taste if you’d recall.”

“And you want more.” She tilted her head to the side, staring at him. “Here I am.”

She held her arms out. Somewhere in the midst of everything, she knew he teetered with caring about her like a boyfriend and wanting to fuck her like a Dominant. She realized that by the way he withdrew when she gave him attitude. He didn’t know how to do both. Or be both. Layla half figured he was afraid of really hurting her and having Torque to deal with. Or worse, her crying to daddy about all the things he wanted to do with her. Layla respected her father, but he didn’t need to know anything about her sex life. And she was pretty certain that Silver would give her far more pleasure than pain.

“Fuck me like you want.” She stood and turned to face the spanking bench. “I’m not going to break so don’t hold back.”

He stared at her for what felt like an eternity. Maybe she needed to relieve some tension. Or maybe he’d frustrated her sexually with the promise of something he never planned to give. Either way, she decided that she wasn’t leaving the room until his cock was finally in her.

“Don’t hold back?” He lifted his beer to his lips. “Do you have any idea of what you’re saying?”

“The more you question my intelligence, the more I want to punch you.” She pulled her shirt off. His attention went to her breasts and he licked his lips. “Fuck me like you promised. Don’t hold back.”

She waited. The man was torn. She could see it in his face. Somewhere outside the room, one hell of a party was going on and none of it mattered to them. She didn’t care if people walked by the open door. Or if they stopped in to watch them fucking like animals. She didn’t care. She wanted him, and one way or another she would have him.

~~ ARC Recieved from Manic Readers in exchange for a Honest Review~~ A young female that had to grow up faster than she should have, Layla had sisters to take care of after her mom died. She had jobs and top of jobs and still couldn’t make ends meet. She shoots high with a last ditch effort to get the money she needs to take care of her and her sisters. The MC her father is president of. Silver cares about one thing and one thing only the MC and he was VP and acting President while said President was on lock. So when the Layla came to him asking for help, he can’t say he didn’t know better what a crap storm it could end up. Silver knew he should have told Layla to go to her dad, but he’s had a bad for Layla for a long time now. I had a lot of fun reading this, first book from Lexi Davis for me and I’ll be looking for more from this author. A bit short under 100 pages, moved fast and is a easy read. Characters are likable and enough detail to get a feel for them. It was a few times I wanted to shake them both til their teeth rattled. (smiles) Some hot smexy going on, that should have you squirming in your chair. *winks* Enjoy

What a wonderfully sweet and wickedly sexy story. I love when the woman is made to be a &quot;sex slave&quot; for the man when really it&#039;s what they both want. It makes for a hot story. I will be reading more from Lexie soon I hope. Check this one out. You won&#039;t be disappointed.