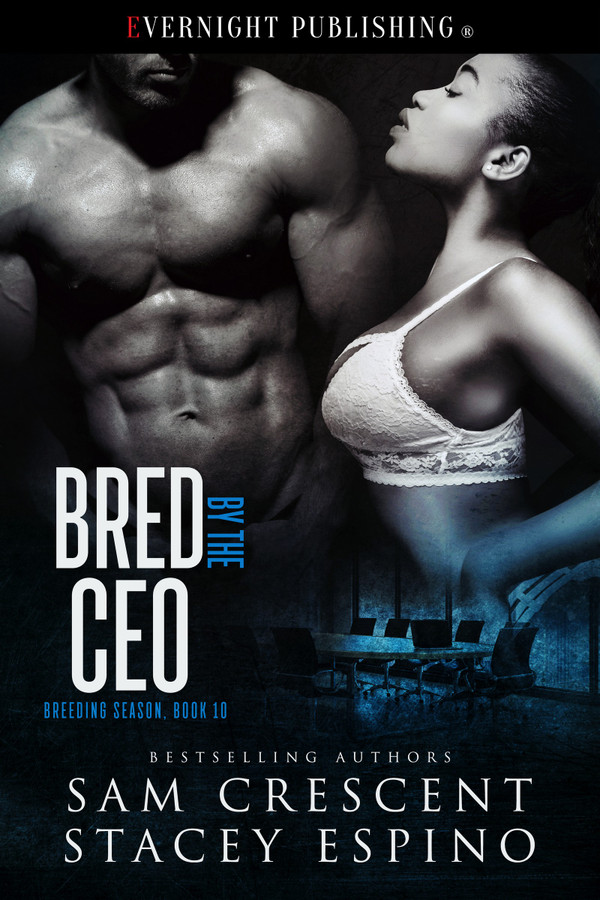 Rose Henshaw was content working as a basement level accountant. It didn't matter if she wanted more out of life because the cards had been stacked against her since she was born. So she resolved to survive week to week, existing with the small hope of climbing the ladder at work. When she's unexpectedly offered the sought-after position as the CEO's personal assistant, she's as much thrilled as suspicious of the promotion. Besides, how can she get any work done when her boss is absolutely drool-worthy and constantly pushing her buttons?

Darius Blackwood is ready to trade his bachelor status after just one look at Rose. She's excellent with children and makes him think about crazy things like building a family of his own, complete with heirs to take over his empire. But he's just hired her as his PA and isn't sure he should cross that taboo boundary of indulging in an office romance. How long can he work with Rose underfoot while keeping his desires locked away? Can these two broken souls find love and security with each other or is a relationship destined for failure?

She wasn’t saying a thing. Had he acted inappropriately? He was her boss, after all. At the moment, he swore they were on the same page, an undeniable attraction growing between them. Had he been wrong all along? Did she see him as an old, inappropriate bastard?

“Say something,” he finally said.

“You made a mistake. I understand.”

“If you tell me you hated that, I swear it will never happen again. I’ll be professional to a fault.” He took a breath. “Otherwise, I really need to know how you feel.”

“I’m not sure what I should be feeling.”

He spun away, running a hand through his hair. “I’m so sorry, Rose. I should never have put you in this position. I’m not the kind of man who hits on his subordinates. Never have.”

Darius returned his attention to her. The whole world had gone away, his entire focus on her.

“The next move is yours,” he said.

“That was my first kiss.”

His cock instantly firmed up. She was so damn adorable and innocent while being sexier than she could possibly know. “Are you mad at me? Tell me what to do, and I’ll do it.”

“About you? Are you kidding me? Call it whatever you want, love at first sight or fate, but I knew I had to have you from the first day I met you.”

He smiled, he couldn’t help himself. “Baby, I’m forty-six. I’m looking for something real, something lasting. I’m hoping that woman could be you, but I also don’t want to force a gorgeous young woman to settle for something she doesn’t want.”

He raised a brow. “I see.” Honestly, he wasn’t expecting that. He thought he’d royally fucked everything up. Not to mention he’d been convinced she wasn’t interested. “That changes things.”

“Well, I’d like to start by taking you on a real date. How about dessert?”

“Dessert. There are quite a few nice places in walking distance.”

He reached out his hand, and she took it. Damn, since when did handholding feel this intimate?

They went the other way up the hall to escape to the street. It was bustling at this time of evening, a line growing outside the restaurant as well. He felt a huge weight off his shoulders. Rose was by his side, and he couldn’t be prouder as numerous sets of eyes turned in their direction. They may be opposites in most ways, but didn’t opposites attract?

He gave her hand a little squeeze. “You’re sure you’re not just trying to appease an old man?” Darius was only half teasing.

“There’s quite an age difference between us.” He didn’t want any issues to come back and bite him in the ass.

“Does it bother you?” she asked.

“Not one bit. You’re the one getting the short end of the stick in this relationship.”

“I don’t think so.” Rose’s arm brushed his as they walked. “You’re wise and mature. What do I need with boys?”

“I like that answer.” He lifted their joined hands and kissed the back of hers.

He couldn’t believe this angel was giving him a chance. Darius already had her first kiss and he had plenty more firsts in store for her. But he had to take his time, show her he wasn’t looking for only one thing.

They walked near an ice cream booth, and he caught her looking. He stopped and nodded toward it. “What do you think?”

She bit her lower lip. “Aren’t we overdressed?”

“There aren’t any rules. If we want ice cream, we get ice cream. Formal wear or not.”

“Okay, then. My favorite is chocolate.”

Rose was tired of being skipped over. All the hard work she had done and her supervisor took the glory. I think we all have been there. I know I have. Rose decides to go to the top and ask for raise. She deserves one. When she encounters a sweet little boy, she is drawn to him. Darius is a fair man. He likes to see his employees thrive. With bring your child to work day, it seemed his employees didn’t know how to coral his nephew but one. She is different from the women he dates. When he hears about her issue and even witnesses it, he decides some changes are in order. But there is more to Rose and she keeps tempting him. He wants an heir, a family. We learn a lot about this father and what a cruel man he is. His sister and her son are sweet and kind. But it is Darius having to break through those walls that were built up by Rose. Feeling unwanted, unloved, unprotected. He had his work cut out for him. Love always concurs all but sometimes we have to fight hard and expose those that are trying to hurt us.

I feel as if these two authors wrote the perfect 2 lines to sum of this book. &quot;What Happened when two broken souls tried to play house? Would they crash and burn or create a beautiful disaster?&quot; Both Rose Henshaw and Darius Blackwood are broken in their own ways. Rose has had the deck stacked against her since she was born. But she&#039;s worked hard to get where she is and is tired of being overlooked for a promotion she knows she deserves. So rather than constantly get turned down by her manager she takes it upon herself seek out the CEO and ask for the raise. Darius has surpassed his father in business and wealth. He&#039;s refused to bow down to his father&#039;s old school ways and refuses to let his father dictate who he can and can&#039;t have in his life. Rose is everything he wants in a woman and has him actually picturing a future where he&#039;s a family man and doing something besides work. However, there&#039;s many circumstances and people who are determined to see that these two don&#039;t get the happy future they both see for themselves together. I absolutely loved Rose and Darius. The Breeding series by these two authors is one of my all time favorites! Anytime a new one comes out I know that I&#039;m putting down any book I&#039;ve picked up to start on these immediately. **I received a free copy of this book via Evernight and am voluntarily leaving a review.**

I hope she makes a second book about them because this book was amazing! I loved every moment of it

I enjoyed this book. I loved the characters, Rose and Darius, they were well written. The story kept you intrigued. I highly recommend. I received a free copy of this book via Evernight and am voluntarily leaving a review.

I voluntarily reviewed an Advance Reader Copy of this book from the author. I am voluntarily leaving a review. I really enjoyed reading this book. It had me captivated from the beginning with the hot steamy scenes. I would recommend it!

A wonderful series! I haven’t read all of The Breeding Season series but the few that I have have been a great reading. Darius and Rose was the best it’s not a long read but it definitely carries all the drama, love and lots of emotions that are great in a book.

I liked this story with the interracial couple tackling issues that come with that as well as the heroine being larger. I will say Rose was very insecure and needy and that’s fine for the hero to have to deal with that once but Rose repeatedly doubted she was good enough for Darious and that he was making a mistake. Darious never once looked at any other woman and I loved that. It was a good story.

This is a typical story by this author duo; good story line, good interactions among all the characters; a rags to riches story that keeps you turning the pages wondering what will happen next! Both our hero and heroine are very likable and I found myself silently cheering for them all the way to the end!. I received a free copy of this book via Evernight and am voluntarily leaving a review.

This is a story of instant everything, at least on Darius&#039; part. Rose was sweet, shy, but so very quietly strong. She struggled with confidence and certainty, but honestly who wouldn&#039;t with her childhood. This couple is older than the usual at 29 and 46 but very vital. Absolutely loved how Darius always had Rose&#039;s back and showed no doubt that she was meant for him. I received a free copy of this book via Evernight and am voluntarily leaving a review.

Every Sam Crescent book I have read, I have loved and this one is no exception. The characters in this story are exceptional and multi-dimensional. Rose has worked at her job for a number of years; working hard with hardly any appreciation and zero recognition. Fed up, she decides to speak directly to the CEO and ask for a raise, a promotion, something! Unfortunately, the day she decides to speak to the busy CEO happens to be &quot;take your child to work day&quot; and Rose appears to be the only person capable of handling CEO Darius Blackwood&#039;s nephew. Darius is intrigued by this competent beauty and after investigation, finds that she is as brilliant as she is beautiful and kind. He promotes her to the position of his temporary PA, but can he keep their relationship on a professional footing? This was a sweet and awesome story. Rose really deserved to find true and lasting love. I received a free copy of this book via Evernight and am voluntarily leaving a review.

Dear Authors, your writing is always engaging, but this is next level! Thanks for writing such a yummy BWWM IR; exquisite stories in this genre are always welcome.