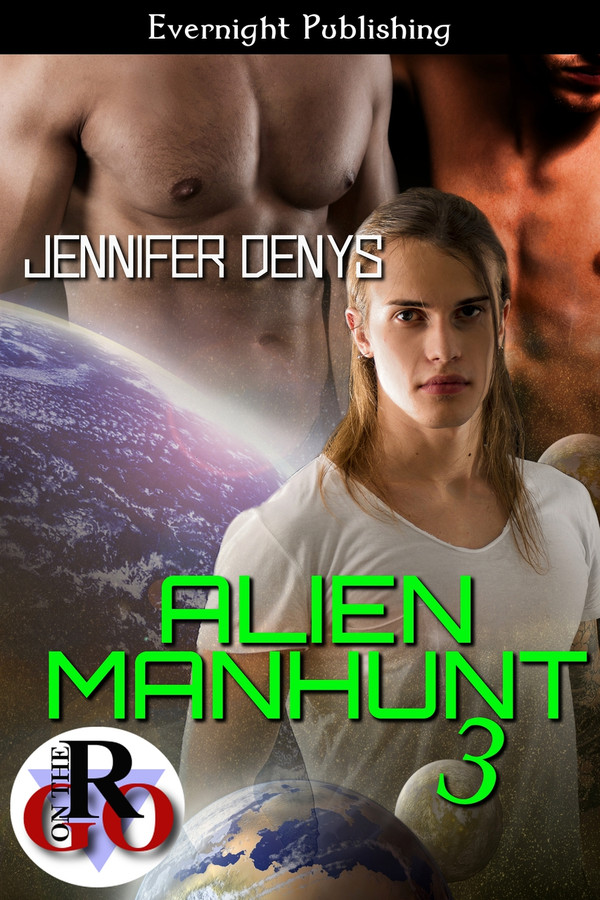 Greg takes his husbands to Earth, his home planet, but Suva feels left out as Greg seems to be providing treats that suit the third in their marriage, Taran, like a romp in the sea. Because the feathers on his back would get wet, Suva stays on the shore before storming off in a huff. However, he starts to notice the local people are glaring at him before they start to shout abuse. Something has happened and he is the butt of their anger—and then they start chasing him. Can Greg and Taran get to Suva before it's too late?

“Greg! Suva! My husbands.” Taran came running, jumping in the air, expecting Greg to catch him as usual.

Suva laughed as Greg staggered backwards. Taran might be the shortest, but he was the most muscular. Suva quickly moved to hold Greg upright, wrapping his long arms around both men.

Taran planted kiss after kiss all around Greg’s handsome face. “That was amazing. You are the devil in disguise to know how much I would love the stone massage.”

Laughing, Greg let Taran down to the floor and tugged his long red plait, pulling his face up so he could give Taran a lingering kiss. “I knew you would!”

A pang of jealousy came over Suva. He adored both men and knew each of them loved the others equally, but there were times when Greg didn’t seem to understand him, despite their love. He felt Greg was more attuned to Taran’s emotions and needs.

That’s mean of me. Greg is still coming to terms with Taran’s kidnap.

Feeling guilty, Suva wrapped an arm around both men.

Lifting his head, Greg smiled at Suva. “I can now show you my other surprise.”

“Is Suva having a massage next?” Taran asked. He smiled broadly.

Suva stepped back in dismay.

Greg chuckled. “Not the sort Taran just had.”

Wagging a finger at him, Greg said, “Uh uh. You’ll just have to wait.”

He then led both of them away from the treatment rooms back toward the hotel to a room that said, ‘Relaxation Room’.

Flinging open the door with a flourish, he said, “Ta-dah!”

Suva frowned. “”What is a ta-dah?” All he could see was a large bed covered in black bed linen. It seemed a little lumpy.

Even Taran was bemused. “You want us to have sex? How is that a surprise?”

Sighing, Greg left them hovering in the doorway and walked to the bed. “Close the door and come and see.” He jumped backward on the bed and it rocked, back and forth like a wave.

“By the Devils,” Taran said as he ran to jump onto the bed next to Greg.

The next scene was rather amusing as Taran’s huge leap caused the bed to undulate violently, flinging Greg off it. Their Earth husband landed awkwardly and had to hold onto the cabinet by the bedside to avoid falling face first on the floor.

“Taran. Take it easy.” Greg chuckled at the Cinattran who was bouncing in delight, his dark eyes gleaming with excitement. Taran’s youth was sometimes evident.

Suva closed the door as instructed and crossed his arms, not venturing any further into the room. He might be the switch in this relationship—submissive to Greg but Dominant to Taran—but there were times when he stood his ground to both of them. “What exactly is this, my husband?”

Greg turned to face him. “It’s called a water bed.”

Taran ignored Greg’s command and continued to jump up and down. “And it’s warm.”

“Okay, so I can see this is relaxing. What do you expect us to do now?” Suva was very wary about getting on something he wasn’t in control of. He was out of his comfort zone on Greg’s planet and he didn’t like it one bit, forgetting this was exactly how Greg had felt on his planet, preferring urban spaces.

Greg walked forward shucking off his tee shirt, his muscles rippling as he bared his chest. Suva felt his shaft swell at the sight and he didn’t resist when Greg tugged at the long yellow coat Suva wore.

“It’s very simple. We all get naked now and lie on the bed.”

Taran barked a laugh. “I sincerely hope you are expecting us to do more than lie on the bed.”

A little more serious in tone than the first two books in this series, this third volume is still more space opera than science fiction. It takes place mostly on Earth and has Taran and Suva wondering about Greg’s homeworld and people. What happens is partly the consequence of the three men not having known each other that long, and partly due to cross cultural differences and misunderstandings none of them have considered. Greg is proud to show his two new husbands his world, and taking them to a spa for them to relax is a hilarious idea. The beach and ocean are next, and while Taran loves it, Suva feels way out of his comfort zone. But that is only the beginning of his troubles. Suva is not one t to speak up, so he leaves quietly while Greg and Taran are having fun at the beach. But walking around on his own turns out to be a stupid idea when xenophobes get hold of him and beat him up quite badly. Greg and Taran realize too late that Suva is gone and when they can’t manage to find him, they begin to consider that something might be wrong. They have no idea how bad it is. This crisis teaches all three men that there is way more to a working interspecies triad than having fun and sex. If you like three-way relationships that turn into a more permanent triad, if the issues that interspecies partnerships can cause interest you, and if you’re looking for a read that is hot, suspenseful, and yet very entertaining (especially the ending!), then you will probably like this short story.

This is a very short book with less 10,000 words and is the 3rd installment in the small series. While I have not read the two previous books I am not sure how much I could gather from the story. I was surprised at the summary provided by the author and was able to get a picture of the dynamics between the characters very quickly. Now while I did enjoy reading this I did feel that the length didn’t give the reader what it needed but the author did leave it open for another short installment. I definitely want to read more about their new journey and you will have to read this to find out what I mean… I give this 3 diamonds and can’t wait to read the next one