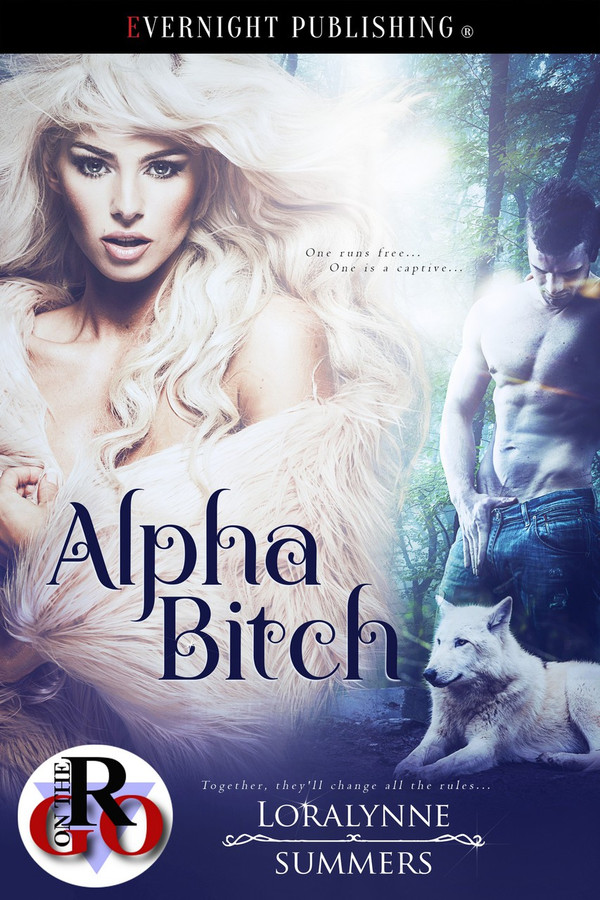 Cassandra Dumas is the Alpha of Stone Point, with no interest in bowing down to any man, let alone her fellow Alphas. At least, not until an accidental encounter triggers the mating bond. So when the High Council orders her to mate the heir of neighboring River Run, she is determined to find a way out of it to be with the only man she truly wants.

Kieran Kimball is a caged wolf. Forbidden to shift, he chokes daily on his Alpha nature and serves Stone Point however the Alpha sees fit. Recently, he cares only to serve Cassandra. When she sends him away in advance of her forced mating, his world shatters. Until the unthinkable happens.

Together, they'll change all the rules...

Cassandra is nothing if not resourceful. Outsmarting River Run is just one piece of the prize to be won if she can pull off the coup of the century while keeping everyone important still breathing.

Before she could convince her wolf to turn around—because she really didn't want to have to take control and force a shift, leaving her bare-assed while traipsing through the cool woods at night—Kieran came into view. He stopped short at the end of the path.

Her heart, among other parts of her body, warmed at the sight of him. Water dripped from his long hair and ran down his bare chest to disappear beneath the band of his jeans.

“Cassie,” he said, surprise evident in his tone.

Against her better intentions, she walked over to him and rubbed against his leg.

“You shouldn't be here,” he whispered. Regardless of his words, his hand traveled down her back, stroking her fur as she wound around him. If she were a cat she would have purred, the sensation felt so good. He smelled fresh and clean, as if he'd been bathing in the river. He fell to his knees, and she stood in front of him with her head resting on his shoulder.

“Do you need something?”

She whined in response and nuzzled him.

Kieran's arms came around her neck and he buried his face in her fur.

“We can't, Cassandra.” He pulled away and held the sides of her head gently, staring into her eyes. His own were nearly completely gold, as close as his wolf could get to the surface. “You have to go. You have to forget about me. Find another.” His voice was hard.

She whimpered, responding to the authority within him and nearly giving in to the command. The reaction both amazed her and pissed her off at the same time. Cassie's wolf shook her head and stomped a foot.

Cassie shifted, heedless of her naked body, and stepped forward, reaching for him. Kieran's jaw clenched and he swallowed hard before turning his back on her.

“Go, Cassandra. It's for your own good, and the good of our pack. Go,” he said over his shoulder, entering his cabin without another look at her.

With an indignant huff, Cassie turned and stalked away, hoping he was taking a good long look at what he was rejecting.

I couldn’t put it down. I am looking forward to reading the next one! The characters are well written and each personality has room for character development.

I adored title character Cassie, who outsmarts a bunch of interfering older males so she can claim the right mate.

In Self Defense by Loralynne Summers

Payback's a Bitch by Kacey Hammell