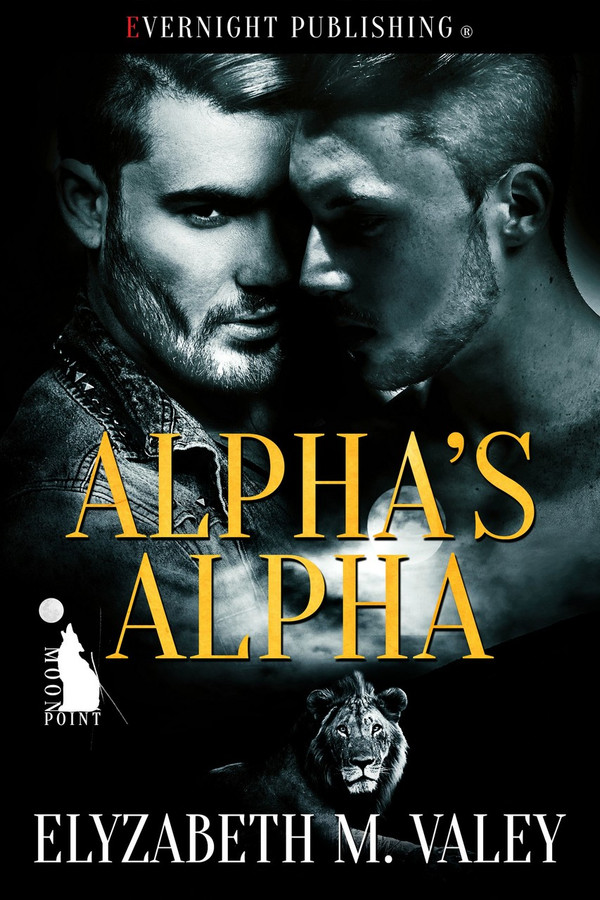 Lee never thought he’d find his mate at a club, but even less so, did he expect him to be, Alkaline, the leader of the mafia organization known as the Claws. If the lion shifter were not an alpha, things might be easier, but as it is, his mate is bent on keeping them apart. Not that it matters to Lee, he’ll hunt him down and make him his.

Alkaline doesn’t do sweet. Nor vulnerable. Nor submissive. So when his lion decides that his soulmate is an alpha puma, he refuses to accept it. After all, whoever heard of two alphas mating? However, resisting Lee is harder than he ever imagined.

With two men battling for dominance, who will end up on top? And will their romance survive the match?

The beat of the music made the floor vibrate. The strobe lights flashed, creating a maddening effect. Lee lifted his arms toward the ceiling, and swayed his hips. He mouthed the words to the popular song, allowing the rhythm to wash over him and obliterate any thoughts and worries he still carried from the long day at work.

The animal within him stirred. Tossing and turning, it gathered energy from the pulsing tones and climbed to the surface as if awakening from a long sleep. Lee’s blood pumped faster. His vision refocused, throwing everything into sharp contrast, from the shimmering contents of beverages in clear glasses, to the glittery eye makeup of a random stranger. The club smelled like sweat and alcohol. Bodies pressed together, swaying, moving. Glass shattered somewhere followed by a chorus of “Oh!” and loud laughter. All around, people enjoyed a night out, oblivious to anything more than what lay a few feet from them. Unaware of the hunter in their midst.

Lee licked his lips. His cock twitched. It’d been too long since he’d prowled the night for a bed companion. Focused on his work as manager of the shifter bar Moon Point, sometimes he forgot to have fun, to give into his baser instincts. Normally, he’d go home, relieve himself, and fall asleep until the next day. But he was a puma, a night prowler. And tonight, after he’d closed Moon Point, he knew driving to the countryside and going for a run wouldn’t be enough. He was restless, yearning for something more which he could only describe as the need for company, for the feel of skin against skin, for the gentle caress of caring hands, if only for a few hours.

It was time to hunt.

Lee glanced around and caught the eye of a handsome stud with dark, puppy eyes. He grinned. The stranger looked away, then back at him, a small smile playing on his lips.

Swerving his hips, Lee started to make his way toward the man and stopped. The hint of a welcoming scent caressed his senses. A desert breeze mingled with rare wildflowers. A spark lit up his core, sending a shiver of excitement through him. The top of his ears tingled. Lee spun. His heart froze, then resurged, pounding frantically.

He’d never been formally introduced to the lion shifter, but he knew him on sight. He had to. One didn’t manage a bar in one of the seediest neighborhoods of the city without knowing the local gangs. Besides, Alkaline wasn’t exactly easy to miss. At six-foot-five, with shoulder-length red-blond hair, a matching beard, and slightly tanned skin, he stood out wherever he went.

Lee watched him move. His cock twitched. There was nothing submissive about the male specimen coming in his direction, parting the crowd like some kind of god. Alkaline exuded power, force, and unbridled passion.

Their gazes locked and desire rushed through him. Hell, yes. This was just what he needed. A real challenge. Lee extended his hand and Alkaline took it. The lion pulled him close with a firm tug. Hand on his waist, Alkaline guided him to the music.

Lee sucked in his cheeks to keep from laughing. Hell would freeze over before he was the one following. He pushed back, forcing Alkaline to release him. Then, rolling forward, he placed his hands on Alkaline’s hips and took the lead.

The lion snarled. His amber eyes flashed a warning. Lee didn’t retreat. His cock thickened inside his jeans, rubbing against the material. Abruptly, Alkaline dipped him slightly backwards, threaded his fingers in his hair and held, forcing Lee to stare at him.

His puma growled. Bursting through his defenses, it forced his vision to change. It turned sharper, more attuned to the man in front of him, from the tiny wrinkles in the corner of his eyes, to the small mole above his brow, to the thin coat of sweat which made his face glisten.

Alkaline glared at him. Lee’s blood pressure spiked along with his raging libido. He wouldn’t be the first to drop his gaze. He pursed his mouth. The music changed and someone slammed into them, breaking the connection.

They both moved at the same time. Lips clashed. Hungry. Hard. Lee’s fingers threaded into Alkaline’s long reddish mane and Alkaline rested his hand on the nape of Lee’s neck, bringing him closer. Their tongues entwined, desperately seeking for more, until the air ran out of their lungs and they broke apart panting. For a second, they gauged each other, and Lee wondered if he looked as bewildered and as consumed by lust as the other man.

Just when he was about to speak, Alkaline grabbed his hand and placed it over his erection. Lee groaned.

“I need to have you, now,” Alkaline said.

What happens when two alphas discover they’re mates? That’s exactly what happens to Lee and Alkaline. Despite the battle for dominance brewing, Lee will hunt his mate down and make him his… Let me just start by saying, if you love Alpha’s that clash this is going to be a must read for you. I love the fight going on between Lee and Alkaline. Each man is a dominant, each one refusing to give in. That makes for an intense story. But as relationships go, it’s give and take. Reading how Lee and Alkaline had to compromise pulled my heart strings. When they do get together it’s like fireworks and flames. It’s fabulous, sexy and has that toe curling quality. Love shifters? You should not pass up Alpha’s Alpha!

All 4 of these children were taken from their mother who doesn&#039;t have custody and fled out of the county with them. July 4th they left from Lost Angeles airport and their final destination was Paris France. We do not know the whereabouts they may be now. They could be anywhere in the world. [img]https://intersnap.com/Missing-Kona-Kids.jpg[/img] Our Facebook page: https://www.facebook.com/KonasKids/

When you&#039;re up in the middle of the night because you started a book and you&#039;ve just got to finish it. Yep, that&#039;s what happened with this fantastic story. It&#039;s 3 a.m in the morning as I write this review because I&#039;ve just finished reading this book and I&#039;ve got to share the excitement with you all. When two alphas clash, who&#039;s going to come out on top? To be honest, in the end I didn&#039;t care because just watching these two strong, dominant men unravel and show their vulnerable sides made for a beautiful read. Alkaline was determined not to give in and Lee was bent on having his man. In the end they both had to give up something in order to have each other. The story tugs as your heartstrings without being overly angst and of course the chemistry between Alkaline and Lee was combustible. It&#039;s been a while since a story has excited me so much and I know I&#039;m going to read this one again and again. A keeper. Reviewed by Kay I volunteered to review this book