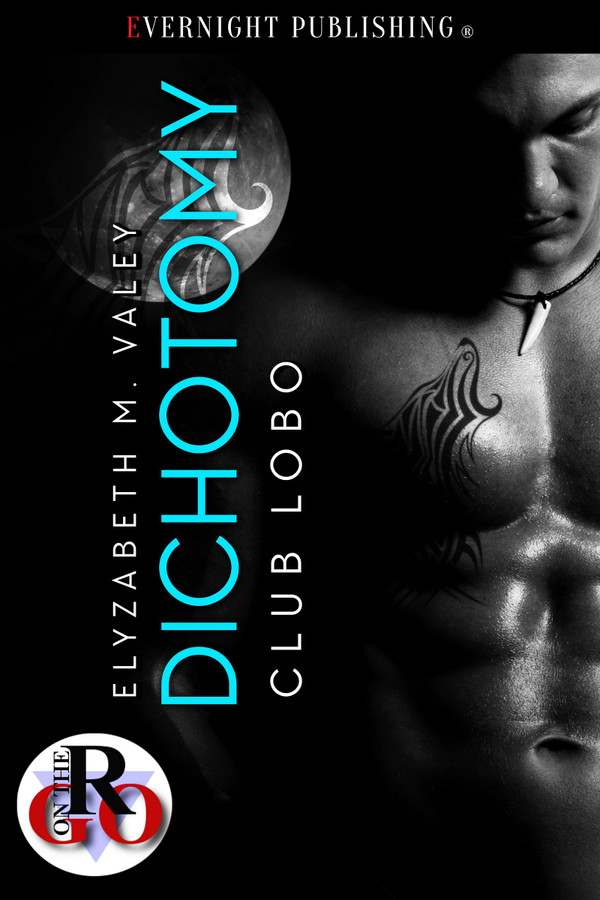 Iris is not a usual tiger shifter. Yes, she’s independent, headstrong and dominant, but in the right hands, she’s also submissive and eager to please. The issue has always been finding someone who accepts both sides of her nature and doesn’t try to change her.

Riker and Jared have been mates for almost a decade, but they always knew they were missing a third in their relationship. When they meet Iris, they’re elated. Finally, they’ll be whole. However, they quickly realize the tiger shifter is not what she first seems and bringing the three of them together for good might not be as easy as they initially thought.

Riker’s heart was going to jump out of his chest. The woman was an exotic beauty. Her face was oval shaped with a pointed chin. Her high-bridged nose was framed by a stunning pair of emerald eyes.

His wolf howled in glee, pushing through the confines in his chest, barely contained. The woman was frightened, her eyes wide and frantic as she searched their faces. He understood. Finding out you had more than one mate on the same night was a shock.

“Don’t be scared.” He crouched in front of her and offered his hand again, but she ignored it, choosing to stand on her own. Jared rushed to her side, offering her a shirt, even though nudity was common in the club and no one had batted an eyelash at her shift.

Riker nodded his approval as he realized his mate had taken it off his back to give it to her. The tattoo of a leering wolf covered most of his chest. The animal appeared to be alive, its yellow eyes glowing, as though mesmerized by the woman before them. He wasn’t surprised. Her long brown hair hung to just below her perky breasts, and her lean figure appealed to his primal nature. His cock hardened, desire shooting through him.

Shrugging it on, she took her time as if she were gathering her thoughts.

Well enough, he needed a moment too. For years, he and Jared had pined over their missing mate. They hadn’t known if it would be a man, a woman, or something else entirely. The only thing they were aware of was the fact that they were missing something.

The woman shook her head.

“We knew we were missing a piece,” Jared said.

“Well, in case you haven’t noticed, I’m not the same species. I’m a tiger.”

“All the better. Do you know how much dogs like playing with cats?” Riker said, hoping to ease the tension thickening around them.

“It’s strange but not unheard of for shifters to mate with other species,” Jared said.

“Weird as hell if you ask me. How in the heavens is that even supposed to work? Two species and three people. One on one side and the other on—” She left the sentence hanging. Riker grinned. His cock twitched.

“No,” she said, shaking her head and groaning.

“As if I’d let you get anywhere near me. I don’t even know your names.”

“Riker,” he said with a dip of his head.

“And you are?” Riker prompted.

She frowned, then sighed, her shoulders sagging slightly in surrender. His wolf stirred and howled in delight. Desire crashed against him like a wave, and he was momentarily robbed of breath. She was at a Club Lobo, which meant she engaged in BDSM, but what was her role? Instinct told him submissive. She didn’t seem to be able to hold her gaze, and she fidgeted with the hem of her shirt. She glanced at Jared. Then again, it could just be nerves. However, he didn’t think so. There was something about her that had him itching to peel back layers of bravado and watch her squirm under his touch in pleasure and pain.

“It’s a lovely name, kitty,” he said, hoping to draw her attention back to him.

“I’m not your kitty,” she snapped.

“But you will be. Look at me,” he said, lowering his voice. Her attention went to his face for a fraction of a second before it returned to Jared. He sensed fear and arousal coursing through her—and also a need deep within, which she didn’t appear to know how to command. He frowned. Perhaps she wasn’t sure of her own role.

“If you prefer, you can call me Sir,” Riker offered, hoping the knowledge that he could control the situation, if she let him, would ease her mind.

“You don’t need to be afraid. Jared can vouch for me. I’m a generous lover and not an unkind Dom.” He wrapped his fingers around Jared’s neck possessively. The blond shut his eyes, the pleasure on his face undeniable. Iris didn’t respond, so he plunged on. “You don’t need to be afraid. I will cherish you and help you bring out the woman you truly are.” Riker took a step in her direction and reached out to caress her face. Iris’s sharp inhale rang in his ears. She took a step back, keeping her distance.

“I’m not afraid of anything, much less of you, dog. I am merely concerned with your arrogance. What kind of Dom are you if you immediately judge me as a submissive without giving me a chance to explain myself, to even get to know each other? You don’t know me.”

“Kitty, this is mating we’re talking about. We can and will get to know each other eventually, but now, we must give in to our baser instinct.”

“Are you such an animal you obey your dog more than your humanity?”