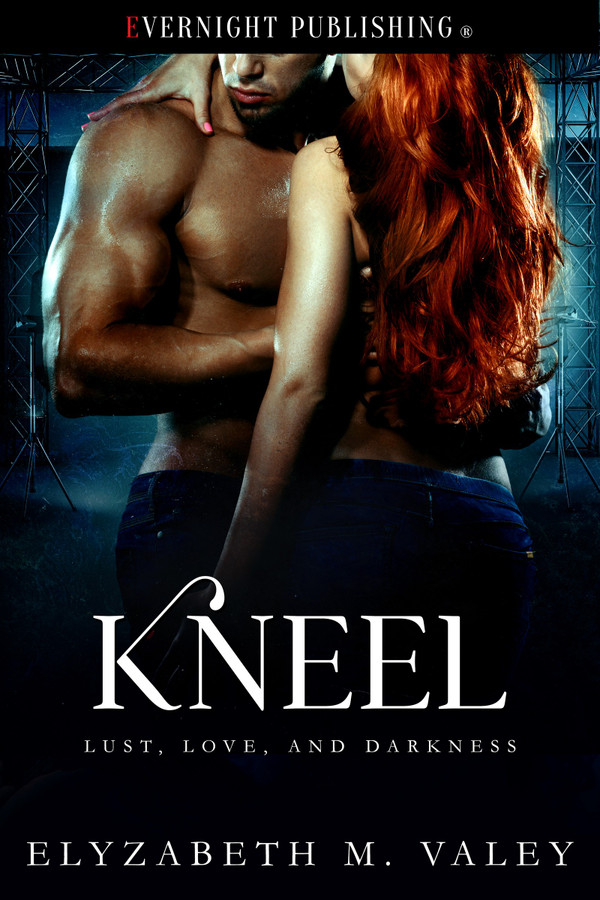 He’s her number one fan.

Thomas Helton has been obsessed with model Kendra Williams for over a decade. Beautiful and sensual, Kendra shows a seemingly tough exterior, but Thomas craves to break through the facade to see what truly lies beneath, and he’ll do anything to achieve it.

She’s the woman everyone wants to see on her knees.

Kendra Williams kneels to no one. She teases, she flirts, and she assumes all other poses, but she never submits or drops her picture-perfect mask—until she meets Thomas Helton.

Will she regret her decision, or will Thomas be the man to finally make her kneel?

Thomas squared his shoulders. This was it. The moment he’d been fantasizing about for years.

Kendra appeared from behind the screen, dressed in a flattering flower-printed summer dress that flared from her waist. Thomas swallowed. She walked toward them, hips swaying and a friendly smile curling her lips. His heart skipped a beat. She was everything he’d ever envisioned and more. Kendra was beauty personified. Seductive. Ethereal.

“Kendra, this is my friend, Thomas Helton. I don’t know if you’ve heard of him. He’s—”

“And your number-one fan,” Staerling added.

Thomas gaped. “You know who I am,” he managed to say after a moment. “I didn’t think you would.”

Kendra’s smile grew and her green eyes took on a playful light. She touched her hair coquettishly. Thomas’s heartbeat kicked up a notch.

“Of course. You emailed me, gosh, years ago, about doing a shoot. Unfortunately, our schedules never worked out.”

Thomas frowned. A scheduling problem? No, he’d remember if that had been the case.

“I never heard from you.”

“Oh.” Her lips formed a perfect O, and she laughed, the sound practiced and forced. Thomas sucked in his cheeks. He’d expected many things from Kendra, but he’d never contemplated her being a liar or a phony.

“You didn’t? I could have sworn I replied. If I didn’t, I apologize. In any case, I don’t think your style matches mine.” She lowered her lashes and averted her gaze.

Thomas cocked his head. There was something off about the redhead, a degree of uncertainty that permeated her gestures even if her words were spoken with feigned confidence. It called to him to dig deeper and find out more. Why did Kendra Williams put on a façade? This wasn’t a shoot. It was a conversation with a fellow human being.

“I saw your portfolio.” Kendra shook her head, a cascade of red hair hiding her eyes from him. “Women kneeling, begging, looking up adoringly at their Dom.”

“And that’s not you? You’re a fetish model.”

Her head snapped up, steel resolve in her emerald depths and the thin line of her lips. “I don’t kneel. I don’t look adoringly at men. I tease. I flirt. I am unattainable. I’m the woman they all want to see on her knees but never will.”

She tilted her chin in defiance. Her words were full of determination and strength, but for some reason, they sounded rehearsed, as if they were part of a script she’d acted out hundreds of times. Gone was the natural flow he’d seen in her Instagram stories or her YouTube videos in which she spoke about makeup and safe sex. Thomas held her gaze. There was something there, a sensation which made the back of his neck prickle with the kind of awareness he only experienced when he was near a submissive. The redhead blinked, her gaze dropping for a fraction of a second before making its way back up. Thomas’s breath caught. It’d been barely a glimpse, but enough for him to see the vulnerability. His mind reeled.

“Kendra doesn’t kneel to any man,” Staerling piped in, reminding him of his presence and breaking the tension.

Kendra veered to the tycoon. “That’s right. I don’t kneel to anyone.”

“Perhaps you haven’t found the right person to kneel to,” Thomas blurted.

Kendra’s nervous titter made the hairs on his arms stand. It was the kind of laughter he’d only heard in women with secrets. Questions crowded his mind. On the outside, Kendra had everything. Beauty, fame, a successful career. On the inside, she was a creature in hiding, putting on a show to keep everyone away. Thomas’s hands itched. He had to find out more. To peel back the layers of protection this woman he’d idolized for years had built around her persona and discover what lay beneath. Who was Kendra Williams and what was she hiding?

“Are you suggesting you could make me kneel?” she asked, placing her hands on her hips.

“I’m not suggesting anything. I’m certain I could.”