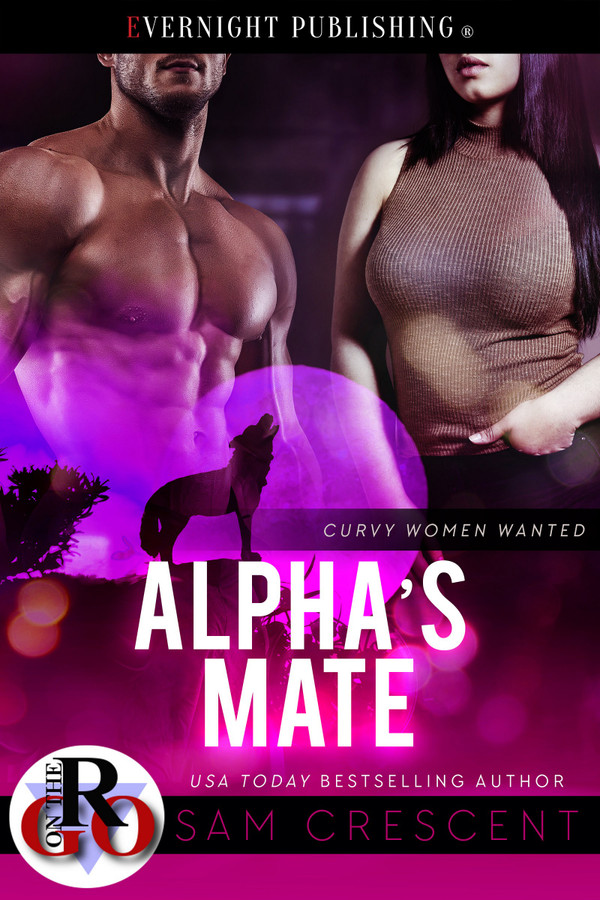 Beast Smith has a secret. He knows who his mate is, but he hasn’t told her, nor has he claimed her. He wants to, more than anything, but Suzy Cain is … weak. He has to protect her, and even if that means staying away from her, he will do it. But being close to her without claiming her is torture. When he catches her alone, he can’t deny himself any longer. He has to have her.

One kiss and Suzy’s body is on fire. She can’t believe this man is hers, so when he summons her to his cabin, she intends to tell him just how wrong he is.

Beast is not wrong. He is the alpha. He’s strong, determined, and won’t take no for an answer—and Suzy wants him more than anything in the world.

The full moon is approaching, and their mating can no longer be hidden. Can Beast protect her from the pack he fears will reject their mating? Whatever happens, he will do what it takes to keep her safe. She is his mate, and it is time the pack knows who they are dealing with.

“You shouldn’t be out here by yourself,” Beast said, startling her.

She spun around, and sure enough, the alpha, who was twice the size of her, in pure muscle stood there, looking a little … torn.

“I’m sorry. The dance is in the barn. There are a lot of women waiting for you.” There was that scent again. The one that made her want to walk up to him and run her hands all over him.

She didn’t cave to scents though.

“What are you doing out here? Did someone upset you?”

“No. Of course not. I’m just taking some time to relax.” She smiled at him. “You came.”

She was so happy that he did.

He surprised her as he took another step toward her.

Suzy stayed perfectly still as he approached. Tilting her head back, she had no choice so she could look at him.

“I don’t want you out here by yourself.”

She put her hands on her hips. “Excuse me?”

“Is this because you think I’m weak?”

He grabbed her arm, and the moment she touched her, she couldn’t help but hold onto him. Even as she tried to fight it, she wrapped her arms around his neck and pressed her face against it. He smelled like heaven.

So rich and addictive.

She was a virgin, and right now, she wanted to press herself against the length of his cock and rub him until he came.

Beast let out a growl, and within a matter of seconds, she was pressed against a tree. Her heart was racing, only it wasn’t out of fear. She didn’t know what was happening, only that she couldn’t stop herself from aching for more of his touch.

“What is going on?” she asked.

Beast stared at her for what felt like the longest time, his green eyes turning to a light amber before flashing back to green. He grabbed her arms and pressed them above her head.

“You’re going to keep your fucking mouth shut about this.”

Before she could even ask him about what, his lips were on hers, and she was melting against his touch. His lips took possession of hers, and as he bit down just a little, a need for him began to build stronger than ever before.

Just because someone isn&#039;t like everyone else, doesn&#039;t make them weak. &quot;Don&#039;t judge a book by it&#039;s cover&quot; came to my mind as I read this book. Suzy might not be a typical shifter, however, she possesses other attributes that makes her perfect, not just for Beast as a man, but as the Alpha&#039;s Mate. This book had me downloading the whole Curvy Women Wanted Series.

Alpha&#039;s Mate introduces us to Beast and his &quot;mate&quot; Suzy. Sam Crescent&#039;s latest Curvy Women Wanted Book gives us our very Alpha male, Beast, and his &quot;mate&quot; that doesn&#039;t know she&#039;s his &quot;mate&quot;, Suzy. Throughout the story, Beast is in protective mode while still lusting deeply for Suzy. While he knows claiming her is important, he&#039;s worried because she&#039;s considered &quot;weak&quot; among their pack. Beast doesn&#039;t want Suzy to endure any further hardship with any of the stronger females within their pack that might challenge and take Suzy away from him. So the adventure begins. As you can imagine, Beast can only take so much &quot;frustration&quot; before he initiates the mating process while trying to protect his Beauty. Fantastic story that didn&#039;t take long to read nor get to the point. Thank you, Sam!!

Oooh such cherry goodness in this one. I skip a lot of Sam crescents books because she’s kinda hit or miss. She often writes heroines who don’t belong completely to their heroes—heroines who have spread their legs for others and given meaningless morons the irreplaceable and precious gift of their first times, throwing away their vulnerability, their awkwardness, their trust and the pain of being awakened to intimacy onto losers. It’s why I avoid a lot of her stuff because I personally find it repulsive to read a romance where the connection and bond of belonging to ones hero has been severed. Which is why I’m really glad I checked this one out instead of scrolling past the advert. THIS is a slice of Sam crescent at her best: dominant, aggressive alpha hero and a kind, sweet, virginal gal who is claimed by the hero and belongs only to him. So beautiful and exhilarating and steamy. The alpha of this pack knows that Suzy is his mate. But he is hesitant to claim her for fear of what the other, more powerful female pack members may do to her. Because while Suzy is also a wolf shifter, she’s far more weaker—at least on the outside—than the rest of the pack. And if he claims her, places her above the pack as his mate, she will be attacked and challenged by the stronger pack But Suzy has a secret that she hasn’t told anyone. It sets her apart and makes her far more rare than the average pack member. The alpha just may have to trust Suzy and his pack that she will be protected—because he has run out of patience and willpower to keep himself from her.

This is a short, sweet, and darling story of a Pack Alpha and his mate. Beast had loved Suzy for quite some time. Finding and knowing that Suzy is his mate makes for an interesting story. The ending was just splendid!

I couldn&#039;t stop reading till I finished I don&#039;t like books about wolves but this book was so awesome Sam crescent is An amazing author

The Power of Mates by Sam Crescent