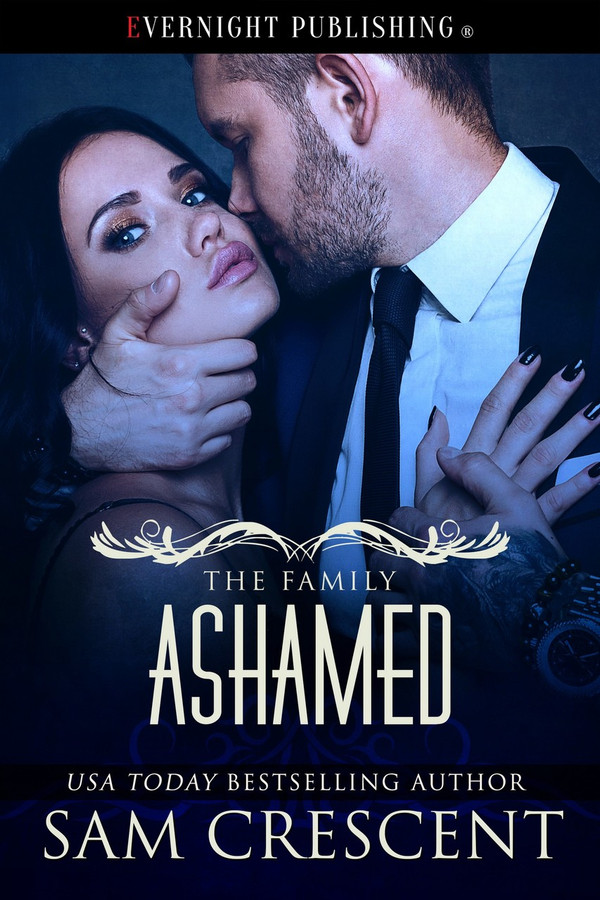 Luiz has a secret. Seven years ago he got a girl pregnant, and they had a beautiful baby girl together. But his father sent men to kill Luiz’s only tie to anything outside The Family. Too late to save his baby’s mother, Luiz got there just in time to save his daughter, Christie, and her fifteen year old aunt, Raine. Putting Raine and Christie in the protection of a guy he trusted, Luiz knew he had to keep them safe. No one else knows they exist.

Raine has put her life on hold to help protect her niece. In seven years, she hasn’t gotten close to anyone, but with Christie growing older, Raine needs more.

Luiz never expected to be jealous, but he doesn’t want Raine giving any guy the time of day. He wants her for himself, and that is the way it’s going to stay.

When his girls are attacked, Luiz knows it’s time to let his secret out. Will his friends accept his family? Luiz can’t let Raine go. He loves her. Seven years he’s been running and hiding, and the time to stop is now.

But there is still the attack on his girls to deal with, ordered by a mysterious figure from the past. Does he even have time for love? Nothing is ever simple in the mafia, or in The Family.

Moving away from the door, she grabbed her stuff, and went to the bathroom. Washing away the night, and the illusion of a future, she changed into her pajamas, and walked back to her bedroom, brushing her hair.

She gasped when she caught sight of Luiz on her bed. He was sitting, staring down at her bear. She still had a bear that she enjoyed, sue her. This was nothing like any of her sexy dreams where Luiz was completely naked, and wanting her.

“What are you doing in here?”

“Did Xander send you up here?”

“No. I came here because I know you were really upset.”

“I can’t do this right now. There’s nothing I can say to make you feel better, Luiz.”

She moved toward him, and took a seat. “It’s nothing that a good’s night sleep won’t fix.”

“You’ve given up so much for Christie, and I really appreciate it.”

“You were hoping for a future though, right? A future of your own.” He took her hand. “You can tell me.”

“I’ll never give up Christie. I promise I’d never do anything to hurt her, but, she’s not going to be a little girl forever. She’s going to be eighteen and twenty-one, wanting to go to prom, to have some fun, fall in love, go on dates.”

“I didn’t know what I wanted until tonight. It’s amazing what one date can do.” She chuckled, but it was a forced sound, not natural.

“You’ve never been on a date?”

“Never been on a date. Never kissed a guy before, and I didn’t think it mattered, but it does. I’ll be thirty-three when Raine’s fifteen. I’ll probably still be a virgin.” She shook her head. “Can we leave this? I really don’t want to talk about it with you.”

She didn’t want to be talking about her virginity, or how she was reading dirty books at night, or that she craved being touched. When she took Christie out, or even if she went by herself, she watched couples, and craved the easiness that they all had, and it just wasn’t fair.

“You can come to me for anything.”

“No, I can’t. You cannot just drop everything for us, and I get that. I know you’re busy. I’m just being a girl, so ignore me.” She forced herself to look at him, and groaned when she saw the pity in his eyes. This was not what she wanted.

“A guy has never kissed you?”

“I’ve always kept my distance, Luiz. My first and only priority has been Christie.”

Luiz cupped her cheek, and ran his thumb across her bottom lip.

“Something I should have done a long time ago.”

Before she could question him, Luiz pressed his lips against hers, shocking her still.

Despite the deaths in this book, this was actually a beautiful story. Finally admitting you have met the love of your life and would do anything to be with them always makes for a great love story. Loving this series. Looking forward to more.

I thought it was okay. I did not like the h and could not connect with her. I&#039;m trired of the h always being the shy, naive virgin who&#039;s waiting for the big, bad stallion to come and sweep her off her feet. So clichè. So predictable. Other than that, good storyline.

This is one of the few series that you need to read in order from Sam Crescent so if you have not read &quot;The Family Book 1 and 2&quot; please read them first. You need to understand the relationship between the guys for the books to make sense. This is better than most middle books, each book in this series is told in a different way because it is told by different characters. Sam Crescent does not use the same style of narration as it is more from each character. So each character stays true to themselves in each book, which is a very cool thing!

Sam Crescent returns to The Family with a gut-wrenching third book. This story captured my attention from the first page. I squeezed out a few tears reading this one. I liked the turmoil and much darker edge that the author gave to an emotional story though. I tend to love the usual Sam Crescent characters but found myself having mixed feelings about Luiz. He made a bad decision by continuing to lead a double life for too long. I loved Raine ! She didn’t fit the usual model for this author. She stood up for her self. That’s the great thing about Sam Crescent’s books. They make an impression on the reader. The feelings might be love or hate, but I always remember them, and that’s not something that can be said about every book that I read. This book was a well written, fast paced, and had lots of emotions. It’s also very hot, but not as kinky as I’ve come to expect from this author. Another great aspect is the lead into the next book with Jake and Emily. I’m eager for their book just from what I’ve read at the end of this one. So all in all, I was happy with this book and can’t wait for the next one.

While this was a good story, I had a hard time connecting with Raine! Yes, I know her sister was killed and she was raising her niece but for some reason, I wasn&#039;t liking her too much. Even Luiz was getting on my nerves a bit. I loved the first two books but this one, while still good, just wasn&#039;t like the others. I am however eagerly waiting for Jake and Emily&#039;s story. Maybe by then, I will get more onboard with Luiz and Raine!

uiz and Raine story was absolutely fantastic. I read it in less than a day. I couldn&#039;t put it down. I can&#039;t wait for the next one to come out. THE family is addictive and I cannot wait to read more. I enjoyed this novel immensely. Very well written as with all her book&#039;s

Wow this one was a tear jerker for me!! There was so much loss but a new love was gained. I was so sad with Xander&#039;s loss but what a way to go!! I was completely surprised by that twist. Maybe in the near future we can also get Bracken and Tulip&#039;s story!! Luiz and Raine are amazing!! I love their story and enjoyed the small interactions with Christie! Needed Luiz a bit more Alpha but truly enjoyed what I got... I love the strong woman we got with Raine, she can take on anything for those she loves!! As always enjoyed another wonderful book my Sam Crescent.... Can&#039;t wait for Jake and Emily!!

Awesome! Love this series and can&#039;t wait for more!