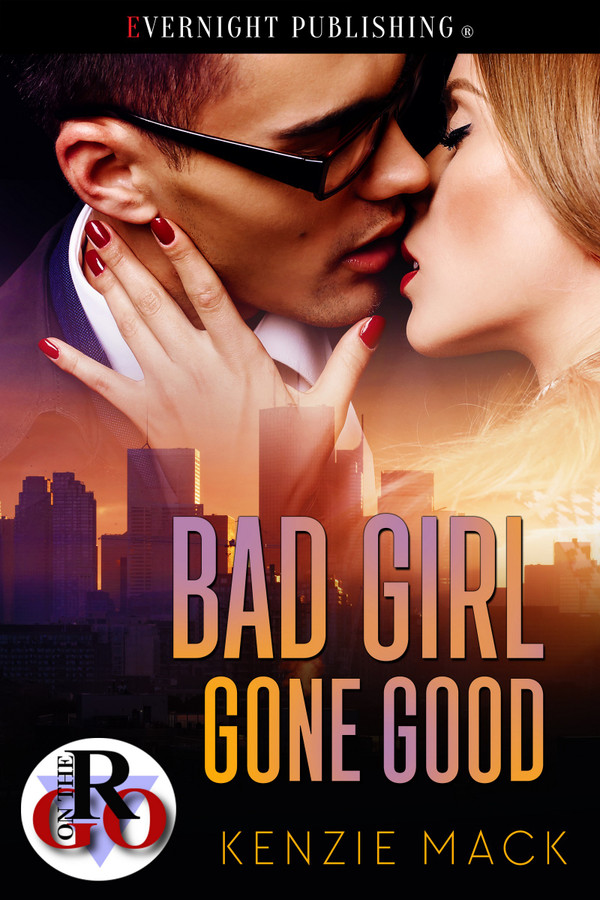 Jill Whitney uses her independent lifestyle to keep her heartbreak hidden. Her carefree attitude worked for years, but casual hook-ups no longer leave her satisfied. Perhaps it’s time to open more than her legs to the next man she desires.

When Kyle Darren lost his wife and parents within months, his life became joyless and gray. A fresh start in a new city fails to relieve his dark funk. Until he meets a woman who infuses his world with color and opens his heart to new possibilities.

Chemistry sparks and opposites attract, but will their differences tear them apart?

Jill waited in the trendy wine bar and tried to decipher her phone conversation with Kyle. Never since arriving in San Francisco had a man had her second guessing where she stood like this odd and handsome accountant. An entire week had lapsed since she met the unusual hunk and her interest still simmered regarding the unreadable stranger.

A fragrant glass of Riesling in hand, she took out his business card for the three hundred and twelfth time and peered at the green inked number on back.

Unlike their organic meeting over Monet, their phone conversation contained awkward pauses. Doubt over his interest in her seasoned their silences. Perhaps she remembered their encounter as more stimulating than the reality.

She had asked him out. Again.

What was going on? She didn’t pursue men. Men were usually the initiators of conversations, eye contact, sexual tension. Jill had her pick of playmates.

True to his word, Kyle appeared outside the bar not ten minutes later. His hands fiddled in his pockets. Her shy dinner companion seemed anxious. Or possibly eager.

He entered the oak and earth-toned establishment and beelined her way.

She set down her drink to greet him.

“Good to see you.” His friendly voice held the tone he likely used with everyone from clients to the cashier at the corner coffee house. No inflection of desire deepened the texture of his words. This man gave nothing away.

“Hi, Kyle. It’s good to see you, too.” She infused sensual innuendo into every syllable. Game playing wasn’t her thing. She shot from the hip. And did most of her after dinner talking with that region too. “Would you like a drink?”

“No.” The short reply revealed zilch. Was she about to have dinner with Forest Gump’s more awkward cousin?

She smoothed her form-fitted black slacks and suppressed a sudden case of nerves. This man made her feel like she’d never been on a date before. If this was actually a date.

Along with the black pants, a white blouse completed her casual dress outfit. Her extreme height at six feet with heels meant he stood closer to six three. Dressed down from her usual exhibitionist outfits, this was the closest thing to librarian attire she owned.

Kyle’s hazel eyes met hers. His black glasses were a surprise. She hadn’t forgotten them. They were memorable, but she expected his afterhours persona to be less—accountanty.

He offered his hand.

The formality shouldn’t have surprised her. She swept her fingers over his palm like a feather’s caress. The soft skimming of flesh sparked a rush of tingles. The sensation zinged to her shoulder and down her spine. His touch created a high-voltage impact.

She studied his hand and long fingers. No callouses. He didn’t tinker with anything rough in his downtime. Yet, his muscles suggested a fitness routine.

“Do you work out?” She let him go and waited.

He eyed her beverage. “I’m actually really hungry. Would you mind heading out to eat?”

Her brows rose at his dodge of her question and sudden bum’s rush to leave. At least he seemed to know what he wanted. They could revisit the subject of physical activity later. Perhaps somewhere more private.

“After you finish your drink, of course.” His body weight shifted from foot to foot.

“I’m good. Let’s head to Chinatown.” His mixed signals fluttered in her belly. Was this a date, or should she refer to him as her dinner companion? Meal acquaintance? “I’ll get us an Uber.”

He nodded. The server stopped by and Kyle handed her a twenty-dollar bill.

“My pleasure.” His arms relaxed at his sides. On their walk to the door, his palm pressed lightly against her lower back.

Outside, he seemed perfectly happy to people watch for the three minutes until the car arrived. The driver made small talk during the ride and Kyle reciprocated. He stayed on his side of the backseat, preventing any accidental contact. At her favorite Chinese restaurant, he exited and quickly came around the car to open her door.

“After you.” He motioned toward the restaurant and once again, his palm retook its place on her lower back.

“Your manners are refreshing.” She liked being treated like a lady. Her expectations had lowered and Kyle was raising the bar.

He grinned and her lungs seized. Genuine pleasure shone from his face when that simple gesture tugged his lips. His transformation from nerd into a super model happened with one minor muscle movement.

Jill remembered to breathe and Kyle requested a table. The aromas of soy sauce and lo mein noodles filtered through the six-foot squared waiting area. Always busy on weekends, Mandarin Kitchen served their food fresh and reasonably fast. She got takeout from here more than she cared to admit.

He returned to her side and his gaze dipped to the floor. “Five minutes for a table.”

“Great.” She would use the time to learn more about her unreadable companion. “What brought you to San Fran?”

She blinked wide. She totally had him pegged wrong. If he sought new experiences then he’d found the right girl. Jill could turn this man’s world into an adventure he’d never forget.

Until recently, Jill had found plenty of sexy satisfaction from hot, no-strings-attached flings from handsome strangers. But after eight non-orgasmic interludes she knew something needed changing up to get her back on her game. For years she’d used quick sex and fleeting orgasms to run from her past pain and family’s betrayal. Much as Jill was loathe to admit it, maybe it was time for her to allow a man access to more than just her panties? I found this to be an interesting and steamy read. I was pleased that there was a lot more complexity and depth to Jill than just a burned woman seeking gratification in an endless stream of men. Under her blasé attitude and string of conquests she was relatable and vulnerable – both characteristics which I could understand and appreciate. Kyle, was also more than just a shy nerd feeling slightly depressed and quite lonely in a new town. I enjoyed watching these two characters circle each other and try to work out what, exactly, lay between them. It was delightfully refreshing to me how Kyle, initially at least, simply wanted friendship with Jill. I was amused how much this perplexed her – it was completely different from most of her previous experience and totally threw her for a loop. But while Kyle could feel attraction to Jill, he still mourned the death of his wife and I found it just wonderful how for a change it was the hero who needed time and space to sort his feelings out and come around to an intimate relationship. I thought this change-up in the usual stereotypes, as well as the balance between building a proper, romantic relationship and keeping the sensuality simmering between Kyle and Jill was handled really well by the author. Sexy and romantic, this story checked a lot of the boxes for me and I really found myself interested and invested in Kyle and Jill’s relationship. The conflict aspect of the story was quite clichéd (I could see it coming from a mile off) and while it was understandable and realistic a part of me felt let down that it was so predictable. I was extremely relieved that this misunderstanding was put right very quickly and even to a degree helped Kyle and Jill deepen their relationship. The slower pace of the growing relationship between Jill and Kyle, their characters and complexities were all really well written and quite refreshing to me. The sex, when it finally came, was scorching hot and the perfect level of naughty. With an interesting and slightly different style of plot and two really relatable and intriguing characters overall I found this short story to be a great read. Recommended.

Amazing writing and can’t wait to read more from this author!!!!

I picked this book up and didn’t put it down until every last word written was read! I previously finished Good Girl Gone Bad, so I was already invested in the characters in this book and Kenzie Mack’s steamy story did not disappoint! I would recommend this book to anyone who enjoys a hot, sexy easy read! Looking forward to reading more of this author’s books!