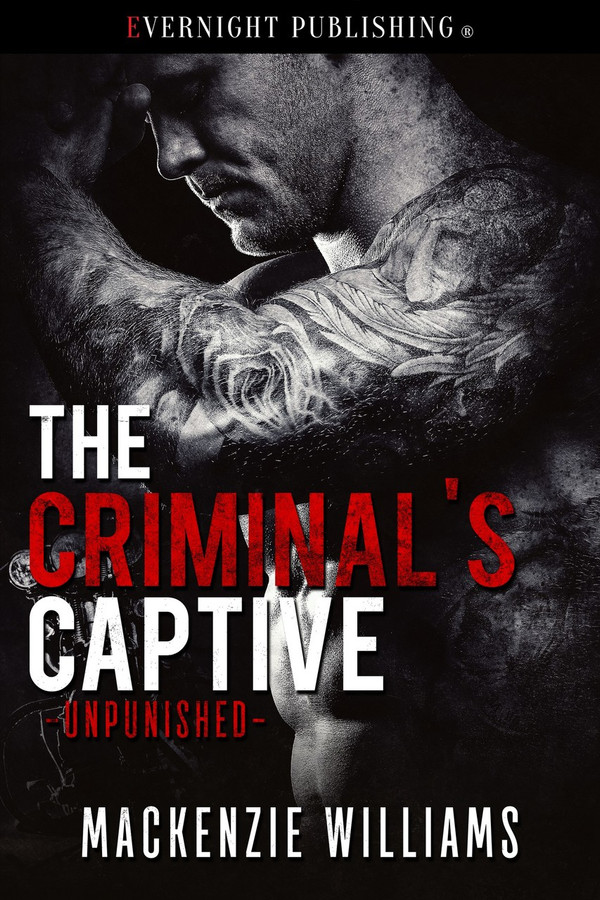 Levi Cardinal is a criminal for hire. But he doesn't do it for the money. He does it for the thrill. Kidnapping Tessa Richardson is supposed to be just another exciting job, but when he starts to fall for her, it changes his outlook on his life of crime.

When the job hits a snag, Levi has to step in to save Tessa from harm. He takes her home to watch her, but is that all he wants? Levi may be a criminal, but can Tessa trust him?

Levi spun her toward the bed and then released her with a small push. Tessa fell onto his bed, a deep breath rushing from her. He quickly pulled his belt free from his jeans. His stare was intense as he snapped his belt against itself. The sound was evil and intoxicating.

Tessa held her breath as he leaned down and spoke. "Get ready."

He grabbed her and effortlessly flipped her onto her stomach. Tessa started to crawl away from him, but he swiftly pulled her leg and her body back toward himself. Levi grabbed her wrists and soon was wrapping his leather belt around both of them.

"Trying to crawl away from me, pet? I thought you were a good girl."

Tessa could hear the playfulness in his tone. She pulled on her arms as he finished securing them with his belt. When he let go of her, she could feel that the belt wasn't too tight. If she tried hard enough, she could pull her hands free from it.

That fact made a small smile play on her lips as she heard Levi rid himself of the rest of his clothes. We're going to play bad guy and damsel. I can handle that. Her smile grew bigger before she forced it off her face.

Tessa used her legs to push herself up the bed, away from him. She yelped as his hand came down to spank her ass two quick times.

"Tessa, you can't get away from me. Haven't you learned that?"

He smacked her ass again, and she moaned loudly. She could feel her pussy wet further as she rubbed her face into the bed. Levi suddenly slid his hand between her legs, and she instantly closed them, squirming some more.

Tessa gasped. "Don't." She didn't mean it. She desperately wanted him to touch her … everywhere. She was playing the good victim, though.

"Don't? Sorry, you aren't making the rules here." His tone was serious, which only made her pussy wetter.

Levi pressed one hand down on her lower back, stilling her. His other hand moved under her and was soon touching her pussy. She lifted her body just slightly off the bed, trying not to be too obvious with her wanting his touches. Tessa held her breath as his fingers moved up her pussy lips to her clit. He pressed down on it, and the tingle got stronger still.

Tessa whined as he pressed harder on her clit before running his fingers through her pussy lips, parting them. She rubbed her face into the bed again as he slipped his finger into her pussy.

He slipped his finger in and out of her several times, getting faster and harder each time. "You like that, don't you?"

She only answered with a whimper and a shiver.