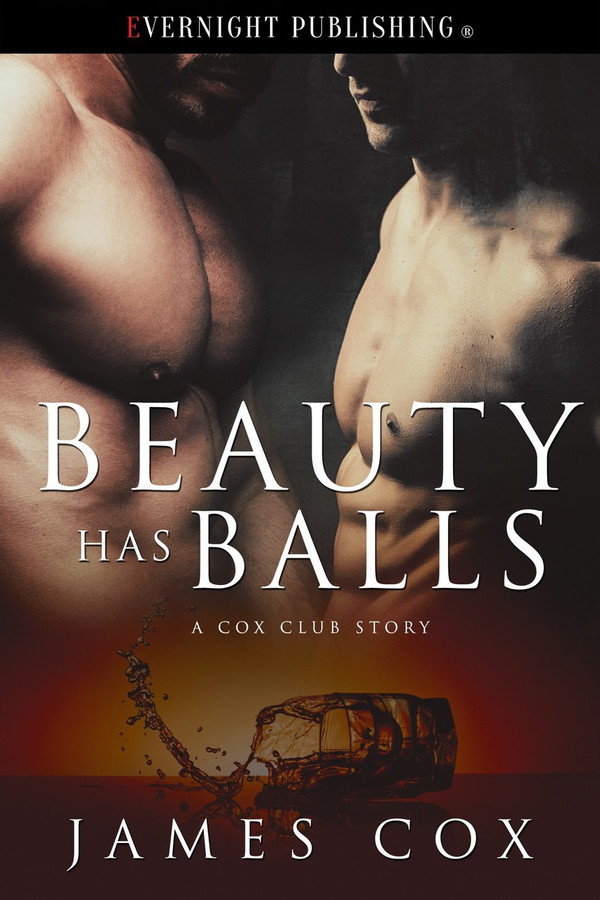 Nevin meets Marco in the most unlikely of places ... a serial killer's basement.

Nevin’s in a new town, looking for a new job and a new man. His first date turns out to be the worst choice ever. He wakes up in a cage with chains and a collar. But he’s not alone. The sexy Italian beside him is bruised, naked, and not giving up.

Marco never expected his co-worker at The Cox Club to hit him over the head and drag him into a damn cage. But here he was. Bruised, naked, humiliated, and the only thing keeping him from giving up is the young guy in the next cell who’s caught this psycho’s eye.

Will they actually survive this nightmare? And if they do, can they ever truly heal?

Marco held him just a tad tighter. “It’s me and you, Nevin. We’re in the apartment. My hands are wrapped around you. The second, the fucking second, you say no or stop, these hands will leave your body.”

Those words were just perfect. Nevin nodded. He felt like an idiot. “Yeah. Okay.”

Marco smiled then inhaled slowly. “Let me touch you?”

Marco had touched him last night and it’d been fantastic. Nevin had to use his balls and not let the bastard that hurt him win. “Touch me.”

Marco groaned. He slid his thumbs in Nevin’s boxers and tugged. They floated to the floor.

He was naked in the kitchen with a hard, strong man standing behind him. Fear slithered up his spine. “Touch me, Marco.”

Marco’s tan hand slid to Nevin’s half erect cock. His fingers wrapped around the girth. The single touch made them both moan. “Here’s what we’re going to do.” Marco nipped his shoulder. “I’m going to finger that very, very sexy ass of yours until you’re ready to come. Then we’re going into the bedroom…”

“And you’re going to fuck me.”

“I am?” Nevin’s nerves suddenly went from afraid to excited.

“Yes. Hard. Soft. Fast. Slow. Whatever you want. I need you, Nevin, any way I can get you. Even if that means you’re the one pitching.”

Nevin actually giggled. Yeah, that gleeful, pathetic sound had come out of his mouth.

Marco grabbed the bottle of vegetable oil from the counter. He opened it and dribbled some on his fingers.

Oh, God. Okay. Okay. He could do this. Nevin braced his hands on the counter. It was just a few fingers. Marco’s fingers. Breathe. Just Breathe. Nevin ground his teeth together.

Marco touched his balls with slick fingers, gliding them up, over his hole and then he pressed.

Nevin’s exhale was shaky. He looked up and caught Marco’s reflection in the glass cabinet door. Marco was watching him, concentrating, being patient and sweet. His finger gently eased inside, pushing forward. Not stopping. Deeper. Probing. Nevin sighed. That actually felt good. Before everything happened, he was mostly a bottom. He loved that full feeling.

Marco kissed his cheek then his neck. That curious finger pulled out and this time brought a friend with it.

Nevin held his breath as two fingers probed his hole. Felt good. Nevin relaxed into the pleasure. Marco was going slow and steady. It made his anxiety leak away.

“Can you…” He took a deep breath. “Can you take one more?” Marco ended the question with a growl.

“Can you?” Nevin grinned.

“Fuck no!” Marco spun him around.

To Nevin’s surprise, the beautiful Italian threw Nevin over his shoulder in one swoop. “What the hell are you doing?” He laughed as he asked.

“Romantic shit.” Marco carried him into the bedroom and swung him onto the bed.

Nevin landed with a bounce and a smile. He laid back on his elbows to watch Marco undress. Shirt. Pants. All tan skin and muscle. He looked good after two months in that cage. How muscular had he been before?

“Stay with me.” Marco said.

He had been drifting.

Marco toed off his sneakers. He jerked his boxers off and revealed the hard dick smeared with pre-cum. He grabbed a condom from the top of the nightstand. Marco threw the foil package at him and grabbed a small bottle of lube.

Where had that come from? “Where did you put this stuff in the cart?” Nevin asked, laughing. God, this whole moment felt so good.

“There was a drug store next to the liquor place.” Marco grinned lopsidedly and it was absolutely adorable. “I could only hope we’d need them.” He got on the bed, dropped to his stomach, and opened the lube.

Nevin watched as Marco drizzled clear liquid onto his fingers and then brought them to his ass. He nibbled his bottom lip then reached down and held Marco’s ass cheeks open.

“Thanks for the assist.”

Nevin blushed. He watched as Marco slid his finger over his hole and shifted his legs apart then fingered himself. “Jesus, that’s hot!”

Marco grunted and added another finger. “Feels good. So good.” He groaned. “I need more. I need you.”

I can always count on a James Cox novel to be original and entertaining. When he gives us a story like &#039;Beauty Has Balls&#039;? Wow, I have to give him some serious props. I haven’t read the dark side of Cox in way too long and I’d forgotten how well he can create a mood – and hold on to it. This is an intense one, so pay attention to the tags if you’re sensitive. Nevin and Marco are two interesting and exceptional characters and James Cox goes the extra mile in exploring who they are. It’s fascinating to see the way they endure the torture Chains dishes out. And watching how they cope in the aftermath…? Well, their emotions are so genuine, they stole my heart from the get go. I don’t want to spoil anything here, but the build up of the relationship between these two men is pretty spectacular. The bond that develops between them as they help each other cope throughout their ordeal is intense and we don’t miss a minute of it. Theirs is a very special story. I’m glad to say that even though &#039;Beauty Has Balls&#039; is spectacularly dark, it still has all the hallmarks of a James Cox novel. That snarky humor, playful banter, and glorious dirty talk are all here. And without getting too philosophical, the message of being happy and embracing the simple things in life is most appreciated. I’m loving this standalone series and can’t wait to see what’s next in store for the guys from The Cox Club stories.

Nevin meets Marco in the most unlikely of places, the basement of a serial killer… And that starts the blurb! You&#039;re damn right I picked this book up and devoured the story. Nevin just lost his mother and he&#039;s moved upstate for a new job. The job as a stripper is a bust and the date afterward ... knocks him out. When Nevin wakes up he&#039;s in a cage in some dark basement. Marco has been here a while. He&#039;s angry, exhausted and hopeless thoughts are in his mind. But then Nevin arrives and together, they have to face the serial killer. Holy crap! So many emotions! Shocked. Scared. Sad. Upset. Stunned. Aww. Excitement. Romantic. Omg! Oh, sexy. Okay. Okay. You need sentences. Gotcha. So, Nevin is adorable. Poor guy just lost his mother and then is kidnapped. That&#039;s not the worse part. There is a glossed over rape scene that broke my heart. It was very brief and there were no details. Marco is also in bad shape. He&#039;s been beaten and humiliated. My heart was breaking for them! I can&#039;t give away too many details but their romance was an amazing roller coaster. They&#039;re both damaged, some issues obvious, but others not. I&#039;m actually really blown away by this series. This is the third book and they&#039;ve all been fabulous. Beauty Has Balls is my favorite book so far. If you&#039;ve read the previous books you will probably know who the killer is but the ending is so damn satisfying. I literally was on the edge of my seat and shouting, &quot;Yes! Damn right!&quot; I cannot wait to read more in The Cox Club. Beauty Has Balls is a must read. Period. You have to read this romantic thriller!

What can I say another great book by an amazing author. The book had darkness,love,and great friendship between the characters. This is a must read.

Balls and Chains by James Cox