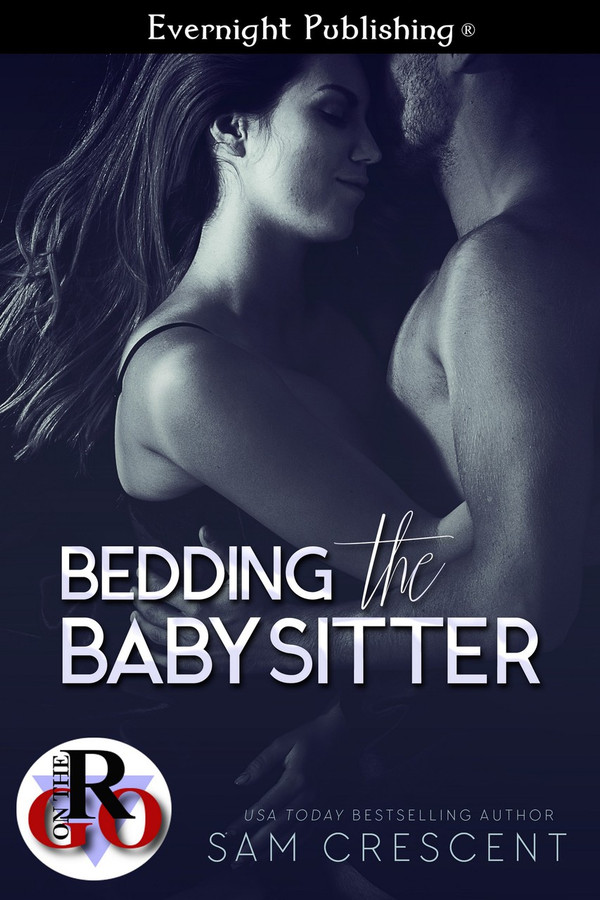 Elise has had a crush on Jon Ross for as long as she can remember. He’s a divorced father, and she loved babysitting for him. His twins were adorable, and she just couldn’t deny him. At twenty-one, and home from college, she is surprised to get the call asking for her to babysit his twins once again. She can’t say no, and she can’t wait to see him.

Jon has always liked Elise, but after her graduation, he couldn’t help but admit he had feelings for her that went beyond being appropriate. Seeing her again only heightens his need for her. He can no longer deny himself.

Can their love really survive? Is it a taste of the forbidden that is driving them? What will the rest of their families think when the truth comes out?

What was it about the young woman that was distracting him? When she was younger, he’d always found her cute and adorable. She was young, and he’d found her crush sweet. No line had been crossed, and he’d never even thought about her in that way before.

Then her graduation happened, and it was as if he’d been alerted to the fact she was now a woman. Grabbing his cell phone, he pulled up the picture he had of them both together. She was wearing a black dress that showed her curves off to perfection. Most people believed he should be with some slender piece of ass who liked to run. He loved the fact Elise refused to visit his gym, or to change.

She was so full of life and independence.

That day, he’d gripped her hip, and with her pressed against his side, he’d felt how soft she was.

He’d dated slender women, never seeing the appeal of a fuller woman. But with Elise, he’d wanted to take her home, and show her what else he could be to her, other than the guy she babysat for.

After that photo, he’d taken Alicia and George home before he’d done anything stupid.

Climbing out of the car, Jon headed inside and was slightly shocked by the silence that met him. It had been too long since he’d had a silent house.

Something smelled good, and he wondered what they’d had for dinner. Entering the kitchen, he didn’t see any clue as to what she had cooked. There was also no sign of Elise.

Dropping his keys onto the counter, he entered the sitting room, finding her sprawled on the floor, her legs up in the air. She was listening to something and had her earbuds in her ear.

At first he was a little disappointed that she wasn’t listening out for his kids, and then he saw the old baby monitors she had. They were the expensive ones but were so damn good that he’d not been able to walk away from them. There were two in front of her, one of Alicia, and another of George. She always made sure they were cared for.

Reaching out, he pinched her toe, and Elise screamed, rolling over and kicking out.

He dodged her attacking feet and took a step back.

She got to her feet, tugging out her earbuds as she did. “Damn, you scared me. I’m so sorry. I was keeping an eye on the twins.” She reached down to grab the baby monitors. “I wasn’t ignoring them. I prefer to listen to music, and I don’t like having the television on. It’s too much of a distraction.”

He held his hand up. “No. I’m fine. I didn’t get killed. I stepped out of the way. I shouldn’t have touched you until you knew I was here.”

He saw the humor as well, and began to laugh himself.

“God, I could have really hurt you.” She placed the monitors down. “I had no idea when you were going to be coming back tonight. I made spaghetti and meatballs. Twins love it, and they begged.”

“Was there any left for me?” He was ravenous.

She glided past him, and he followed, detecting a hint of cinnamon coming from her. It was a subtle fragrance that always clung to her. He loved cinnamon.

Elise bent over, pulling out his meal, and he couldn’t help but admire the curves of her ass. The jeans she wore molded to her figure, and it was driving him crazy. He wanted a feel—and a taste. His cock thickened, and he sat down, trying his best to hide the wood that he was sporting.

“How were the kids?” he asked, trying to distract himself.

“They were really good. I didn’t have a problem with them. I don’t see what everyone is moaning about. They’re good kids.”

Jon grunted. “For you, yes. They like you, so they’re good. They want you to keep on coming back.”

Neither of his kids had liked anyone else.

“They’re so sweet.” She put his plate on the counter. “I kept it nice and warm for you.”

He loved her spaghetti and meatballs. Elise had always been grown up for her age. She loved to cook and bake, taking care of people.

“Damn, this is just what I needed.” He took a seat and dived in, relishing the taste of the sweet meatball in the tangy tomato sauce. It was divine, and he couldn’t replicate it.

Jon watched as she moved around the kitchen, wiping down counters.

His cock refused to go down, and he was finding it hard to focus. The food was good, but he knew what he wanted, and it wasn’t to eat.

He was starving for something else.

“Have you met anyone?”

“Pardon?” she asked, turning toward him.

“Any guy at college? Something serious?”

“Nope. Nothing serious. College isn’t about settling down though, right? Experimenting, finding yourself.”

“I thought you didn’t need to find those things. You already knew about them?” he asked.

She chuckled, and he loved the sound. “It has been interesting.”

Her cheeks went a bright red, and he was curious to know why. “Interesting how?”

I love this author so very much, the stories seem to get better and better. The babysitter is finally over her crush and in love with him

great. all you have to do is give it a chance you will love it. wish it would have been a little longer. but awesome pace and an easy read.

I loved the story it was different then most of the other stories I read. It was nice e it showed a responsible man . The fact that he was hot was a plus

I enjoyed this short and steamy romance from Sam Crescent. This short story was put together nicely. It’s very fast paced and the characters were easy to like. Elise and Jon were intended to be another taboo-ish couple. I felt they were sweet together though. Again, Elise was a fuller figured heroine and Jon was her sexy older crush. This is an often used plot device for Sam Crescent. It works very well for her because she somehow makes it different every time. In this one, I just loved the characters and I felt that their feelings were genuine. They had bonded together as a family without even realizing it and it made me feel good for them as the author opened their eyes. Also, Sam Crescent wasn’t stingy with the smoking hot sexy times either. In a nutshell, this was a sweet and sexy story. I enjoyed it immensely.

Elise has a crush on Jon, He’s a divorced father and as she babysits his kids... lets just say it&#039;s hot. A great quick read, finished in one go. Wish it Was longer but perfect in its own way. Recommend for a quick hot read. 5stars

Well done again Sam, this was a damn good read. I always wish the books were longer but that&#039;s what brings us back for more.

Bedding the babysitter is a short sexy read. Elise has babysat George &amp; Alicia for Jon ross since she was fourteen and she has had a massive crush on him for just as long! Now Twenty One, and having Graduated Jon is able to act on his feelings for Elise, she is no longer the chubby young girl with a crush on him,.she is now a woman and also legal! Finally acting on their Fantasy they give in to their feelings! Will they live happily ever after? Will it just be a one night stand? &amp; will the twins accept their relationship if they become a couple? Read bedding the babysitter and find out! One click it,. You know you want to ;)

ARC received from author in exchange for an honest review Holy Smoke, I don&#039;t even know where to start! Three words: Dirty Talking/Sexy/HOT/Smoking... okay maybe more than three words. If you in the mood for a short HOT SMUTTY Book then definitely buy this Book NOW!!! Thanks Sam for letting me read your amazing Sexy BOOK!

Another great story packed with hot steaming scenes. Elise Kelley and Jon Ross characters are well written.This book I couldnt put it down I read it in one sitting. Please keep writing great books! This book was absolutely amazing. I have absolutely loved and enjoyed reading this book. I would highly recommend this book.

LOVE ! LOVE! LOVE! - Yes this is a shorter read and could of been great if longer but for a romance on the go read this book rocked it! Yet again Sam has combined the perfect amount of sinfully sweet with deliciously sexy! I could not get enough of Elise and Jon Ross! The chemistry between the two was smokin hot! The thought of something forbidden (although it was nothing taboo), the passions, the emotions, everything ! Yet again this author has delivered her fans a fantastic read that is guaranteed to get your pulse pounding and heart racing! Loved it ! Happy Reading!

This was a pretty short but very sexy read. Both Elise and Jon had the hots for each other but she didn&#039;t know he knew about her crush on him. And she didn&#039;t think she was the kind of woman he went for! It was sexy with some dirty talking but still had a sweet overtone to it.