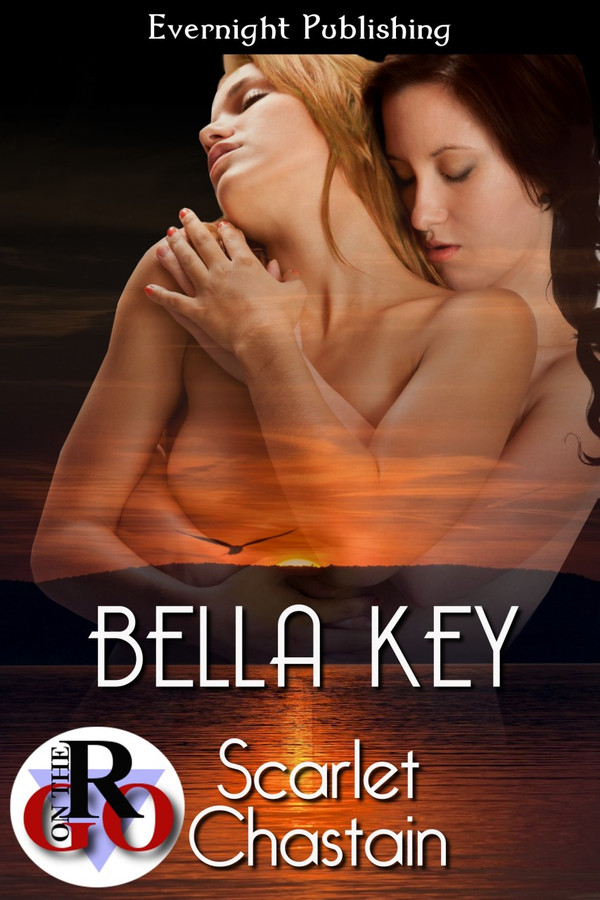 Maddie Jacobs must be crazy. At least that’s what her mother thinks. Professionally, she’s confident and secure; personally, she’s a hot mess. Not even a marriage proposal from a man who adores her can quell her search for something more.

In need of an escape, Maddie flees to Key West’s most southern island, Bella Key, to rest and recharge at Casa Bonita. She almost gives up on the weekend retreat when the Bed & Breakfast is closed for repairs until Sunny Rojas, the inn owner, extends an offer of friendship, sweet tea and a room. Still reeling from a breakup with her longtime partner, Sunny is thankful for the diversion from her own broken heart.

The arrival of a fierce storm forces the women’s emotional journey to a head and leads them into each other’s arms. But can Maddie throw her hangups to the wind and go with her heart? The magic of Bella Key teaches her that passion cannot be placed neatly into boxes labeled right and wrong, because love knows no boundaries.

Maddie stopped in the doorway, holding the knot of her towel to her chest. Wet strands of hair produced rivulets of water streaming down her shoulders and chest. “Like a new woman. Although, my northern skin can’t handle the tropical sun. Look at my shoulders!” Sunny’s gaze moved from one shoulder to another. Maddie was right, she was more than sun-kissed. Her shoulders practically glowed. “Oh, chica. That’s an angry burn you have there. I have some aloe —” Sunny picked up and put down five different bottles from her dressing table. “—ah, here it is. This’ll ease the pain and cut down on the peeling, too.”

Sunny flipped the top and squeezed a quarter-sized dab of the green gel into her palm. She nodded toward her bed, signaling Maddie to sit. Rubbing the aloe between her palms, she rested one knee on the bed beside her. Maddie gathered her wet hair and flipped it over her shoulder to allow Sunny access to the other. Her body shivered under Sunny’s hands.

“Sorry, this stuff’s cold. I tried to warm it up a little.”

Maddie closed her eyes and tilted her head to the side. “It’s not that. It feels good on the burn. You have a gentle touch.”

Sunny chuckled. “Scooch over a little so I can get your other side.”

Maddie shifted, lifting her feet onto the bed and tucking them under her legs Indian style. Sunny guided her head forward and massaged the aloe along the base of her neck to her shoulder blades, and down to the edge of the fluffy towel. She bent her knee, providing an anchor for Maddie to lean upon. Her inner thighs grazed the thick towel. Sunny closed her eyes and focused not only on Maddie’s sunburned skin, but also on loosening the muscles along her shoulders and upper back.

“I have a confession to make,” Maddie said quietly.

“Other than this is the best massage you’ve ever received?” Sunny snorted.

“Mmm. That too. I-I watched you last night.” Maddie went a few seconds without taking a breath.

Sunny didn’t waver. “I know you did. You were outside of my door.”

“You knew? Why didn’t you stop or say something?” Maddie kept her eyes closed but turned her head toward Sunny as she spoke.

Sunny added another dab of aloe to her palm. “I liked that you were watching me. It turned me on that you enjoyed it too.”

“Never in my life had I thought I’d be attracted, you know, sexually to a woman. It’s different with you. Many things are different with you.” Maddie’s hand trembled as she touched Sunny’s leg, tracing an imaginary line up and down her calf. The rapid rise and fall of Maddie’s back matched the pounding in Sunny’s chest.

Silence filled the room. Sunny had decided against bringing up the episode from the night before unless Maddie did. Now that it was out in the open, Sunny could find out how Maddie felt for sure. “Different, how?”

“You make me feel so focused and honest and alive. I’ve never had that with anyone else before.” Maddie turned and kneeled in front of Sunny. “Would it be forward if I asked you to kiss me?”

Sunny swallowed hard. “Yes, but I like forward,” she whispered as she cupped Maddie’s face with her palms. Dragging her thumb over Maddie’s bottom lip she realized how many times she wanted to taste her lips and explore her mouth over the past two days. Sunny lowered her face and brushed her lips once over Maddie’s. She drew back to study Maddie’s reaction.

This was another wonderful story. I am now a Scarlet Chastain fan for sure! I love her writing style and how she describes the characters and the scene. I could see the characters in my head and I feel like I would know that house if I was driving by. My only complaint is that I now have to wait for this awesome author to write more stories.

From the first line I was swept away by this sweet story. The characters are charming and the setting will make you believe you&#039;re on vacation too. Maddie wants to get away and have a real vacation. Instead of waiting to plan something, she takes a detour on her way home from a business trip. From there, the story will simply romance you. The sexual tension is sweet and exciting and the side characters are entertaining. I was completely charmed by Maddie and Sunny&#039;s story and I felt the vulnerability Maddie showed as she put herself out there. I very much enjoyed this book and I&#039;m looking forward to the next Scarlet Chastain book. It&#039;s a fun and sexy read. Not to be missed. I received a copy of this book in exchange for an honest and fair review.

I really enjoyed this story. It is a great read about a woman who is at a sort of crossroads in her life. Needing to make changes but not sure what direction to take. I think we can all relate to that. I wish all my spur of the moment decisions turned out as well as they did for Maddie. There is plenty packed into this wonderful short story. I really felt like we got a sense of who the characters were and of course the setting played a big part. This taste of the ongoing party-like atmosphere of the Keys is making me want to take a vacation. I felt like I was about to step on the beach while reading. The romance between Sunny and Maddie was a joy to experience. I was rooting for them. All the uncertainty of making life changing decisions was right there on the pages. I think what really made this story, besides the main couple of course, were the added little details of life on the Keys and the delightful addition of a character named Jules. Even in a short story like this, I really felt like I was part of the community and there was Jules. The perfect addition to create a much needed catalyst to help some people make some decisions. Plus he was just awesome. I can&#039;t explain it, other than great writing, but he really struck me. After I got done reading, I was amazed at how much story was packed into this Romance on the Go. I have to say, that in the past, I have not been a huge fan of short stories but I have long since changed my tune. Ms. Chastain, and other wonderful Evernight authors, have proven: done right, a short story can be just as satisfying to read as a longer novel.

I Kissed a Girl in Vegas by Scarlet Chastain