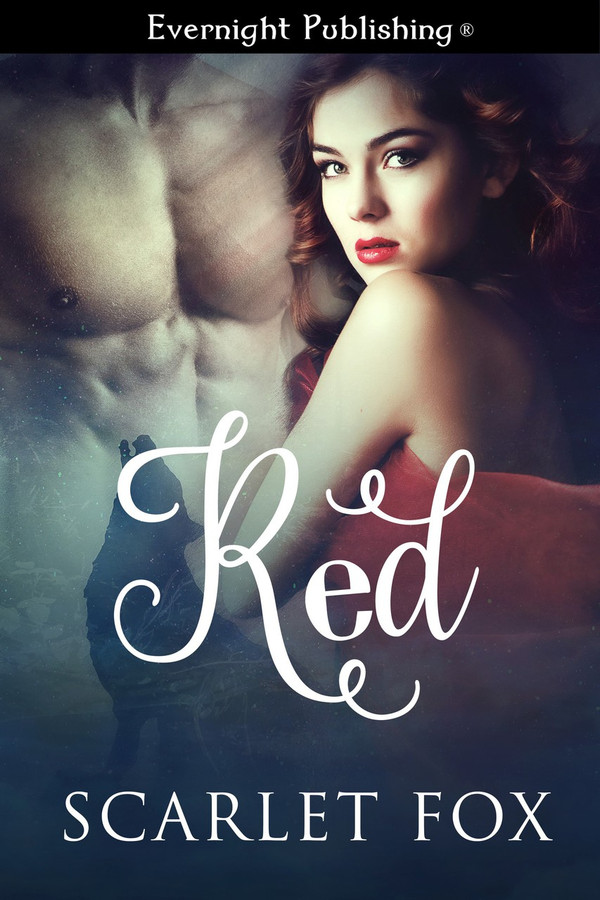 Little Red Riding Hood’s life has become a boring cycle and she finds herself wanting more. Her wish is granted when she runs into the Big Bad Wolf, Max, while walking through the woods to her grandmother’s house.  Thesecret is, Red’s got a wolf of her own, and her father is the Alpha of the local pack.

Instead of fearing Max, Red finds herself unbelievably attracted to the rugged, unknown man. The chemistry between them is undeniable. Claws and teeth quickly become lips and groping hands. The only problem with her wild, newly budding romance is that her pack is on the hunt for a feral wolf, and Max is in her father’s territory uninvited. Can Red prove to the pack that Max isn’t the danger they think, or will their romance go down in flames?

“When can I see you again?”

“You don’t even know where I live,” she said, somewhat nervously. The thought of Max showing up unannounced on her doorstep sent a thrill of alarm through her belly. Her father might be willing to listen to reason, but if an unfamiliar wolf came knocking at his door…

“I know the path to grandmother’s house though.” His eyes glinted with a devilish light. “I hear it is filled with wild animals and dangerous predators. You should be careful.”

She smiled, her heart pattering with excitement. “I’m not afraid of the big, bad wolf.”

Cool, sexy twist on the original little red riding hood story. The main characters were great. Hated Hank, as should be the way! Great story and great ending!

This wolf has some teeth… Red is weary of always being under her father’s shadow. No other man or wolf measures up and she sure isn’t going to date the man her father has entrusted his loyalty to. But Hank is kind of a jerk and no way is she going to even consider it. What’s a girl to do? So when she is waylaid in the forest by a sexy wolf with a whole lot of alpha going on, she lets him get past all of her …um…defenses. Max is an alpha male on hiatus from his own pack. The leader had some issues with his brand of strength. Not aware of another pack so close by, he is surprised by the sexy redheaded vixen that he happens upon in the woods. After he beds her, he finds out she is the pack alpha’s daughter. Not a good combination. Power, politics and a moral code made what happened between them not okay. Tensions ratchet up and Red has to decide what she wants and what she is willing to do to get it. Max will fight for the woman he wants to spend his life with, but will the two ever have that chance? This story had a lot going for it.The heroine had sass and wasn’t afraid to go after the man she wanted, despite having to buck the system. She is the wolf here, and not just a weak victim waiting to be taken advantage of. That was good. I always enjoy twists on a familiar fairy tale and this one lends itself to some steamy scenes in the great outdoors with the ever present threat of someone lurking just out of sight. Shivery and sexy all at the same time. It wasn’t all great, though. There were a few things that kept bothering me. There was no definite time period for starters. It seemed at first like a historical piece but as the story went longer, it had elements of the contemporary world. It read like a fairy tale, but Red’s attitude and hunger for Max made her at times not very likable. Her father was almost a paper tiger. Not much of a threat until you got to Hank, who was very much a bully.The wolf in the woods not knowing another wolf was there…no. They can scent things and they would be aware of a pack. That was a problem for me. A small detail, but an important one. Another question-if Red never got to her Grandmother’s house with that picnic basket, why didn’t she tear down the place calling the cops? An interesting read if you enjoy adult fairy tales and be prepared to use your imagination. originally posted at long and short reviews

Scarlet and the Three Bears by Stacey Espino