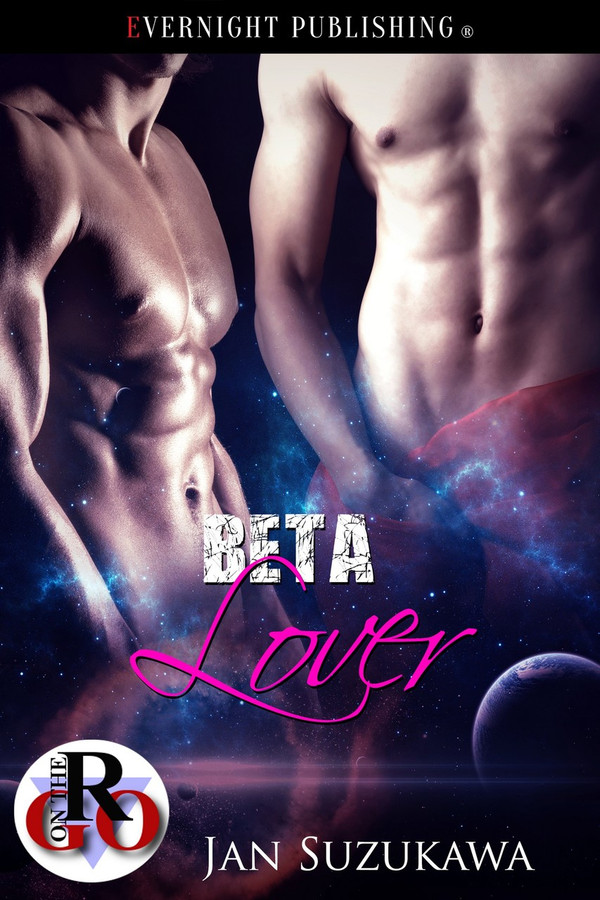 Minkasan humanoids are social butterflies, sought after for their beauty, sexiness and charming personalities. As Avinn is a quiet bookish type of human, he is confused by Beta’s interest in him. A date with Beta soon leads to Avinn learning a few of Beta’s secrets. But Beta isn’t the only one carrying a secret…

The moment Avinn had been waiting all week for finally arrived.

Sagitta Settlement, the first community beyond the Milky Way for humans and aliens, had been slow to grant permits to dating services, but thankfully that had been rectified recently.

Avinn had eagerly signed up the moment he could. He liked his job and it kept him busy, but he often felt lonely at night. He’d enjoyed filling out the specs for the type of man he was looking for. Dominant. Take-charge. Always confident and sure of himself. He dreamed of being swept off his feet, to have his needs met by an alpha male, to drown in the sensations of a man who knew what he wanted and how to get it.

Avinn was tall, so his dream man needed to be taller. He didn’t care about race or ethnicity, only about personality. And character. He wanted a man who was of good character, even as he plundered Avinn’s body in bed without hesitation.

His dream man would know what Avinn wanted even without him saying it. He would gaze into Avinn’s brown eyes and take command of Avinn from the start. Avinn got shivers imagining this man.

The Star Dating Service offered a fantasy setting for their clients’ first meeting. Each client was shown to a private room that simulated the landscapes of different worlds.

Avinn had chosen a rainforest setting. The green forests and waterfall effects soothed his excited nerves. The sounds of water and the cooling mists relaxed his beating heart.

It’s just a date. Calm down already… After admiring the rainforest for a few minutes, Avinn finally made his way to the chair.

The chair faced a screen that hid the person on the other side until both pressed buttons indicating they were ready to meet. Because Avinn had chosen a rainforest setting, his screen was a simulated curtain of rain.

Avinn sat down. He stared at the rain curtain, imagining his date on the other side. His hands trembled a little. Maybe he was looking forward to this too much? It had been a while since he’d last—

Suddenly the rain curtain dissipated and a familiar short pink-and-violet humanoid appeared opposite Avinn. “Oh, I was hoping it would be you!”

Beta Moon raised his eyebrows, his expression one of total delight. “I requested a dominating, sternly handsome human man and look what I got!”

That’s what I asked for! How had this gotten mixed up? And he hadn’t even pushed the button yet!

“I am so lucky! I love Sagitta Settlement! Everything is working out here for me,” Beta bubbled on, seemingly oblivious to Avinn’s state of shock. “Let me guess, you requested a charming, life of the party type. Well, that’s me,” he said, not bothering to feign modesty. “You and me are going to have a great time together!”

“Where do you want to go for dinner? There’s that new place on top of the tower, I was there the other night. It’s a little loud but the food is fabulous. Zilvot steaks from Zivian!”

“Or there’s this other restaurant across town that’s gotten great reviews. But I’d rather not go there. They serve vilpine,” Beta said, his voice lowering to a whisper.

Beta reached across and took Avinn’s hand. Avinn stilled. Beta’s hand was soft and warm, somehow calming Avinn. “I guess it’s a shock that it’s me. You don’t have to go out with me, Avinn, I understand. Not everyone is into us Minkasans.”

“It’s not that,” Avinn said hastily. “And I like you. It’s just…” How to explain that the dating service’s system malfunctioned and gave him the opposite of what he’d asked for?

Then again, maybe he was overreacting. There was nothing wrong with Beta, except that he didn’t fit what Avinn ordered. It was only one date, one night on the town. Why not relax and see if he enjoyed Beta’s company?

“Tell you what. I’m not really a party person… If you don’t mind, let’s go somewhere quiet.”

“And get to know each other? Perfect!” Beta said.

He looked so thrilled that Avinn felt sorry for him. Avinn didn’t consider himself to be very interesting, after all.

This third book of the ‘SDS Robot’ series, exploring situations where biological humans and aliens become involved with beings of mechanical/artificial origins, explores a slight variation of the human/robot theme, and one with much more consequential implications. In the previous installments it was always clear who was the biological and who the mechanical being, but not so here. I had my suspicions, but I enjoyed being kept guessing for a while. And let me tell you – I was not expecting the outcome at all! Avinn is the administrator of a settlement with diverse inhabitants, both human and alien, and he has a secret. He likes a quiet evening in more than a party, loves to read, and is good at his job. He is looking for someone to share his life with, and when the dating service he just joined pairs him up with Beta, Avinn is shocked. Beta is not at all who he thought he was looking for… Beta is a Minkasan humanoid alien, and his species is known for their social abilities. He is the IT director for the settlement’s community hall, but he is as socially adept as any other Minkasan. He is clearly after Avinn, making sure they keep meeting, but he has a secret as well. Between the two of them, I was looking for clues as to their secrets the whole time. But there were hints of other mysteries and some unclear memories, so it turned out to be quite an interesting read. And while there were lots of clues, I was unable to figure out what was going on. This tale was not only thoroughly entertaining but asked some very interesting philosophical and ethical questions as well. If you like stories about robots who are so much like biological beings that they are indistinguishable from them, if you want to delve into some rather interesting personal issues, secrets, and vague memories, and if you’re looking for a mystifying read with a surprising and very thought-provoking ending, then you will probably like this novella.