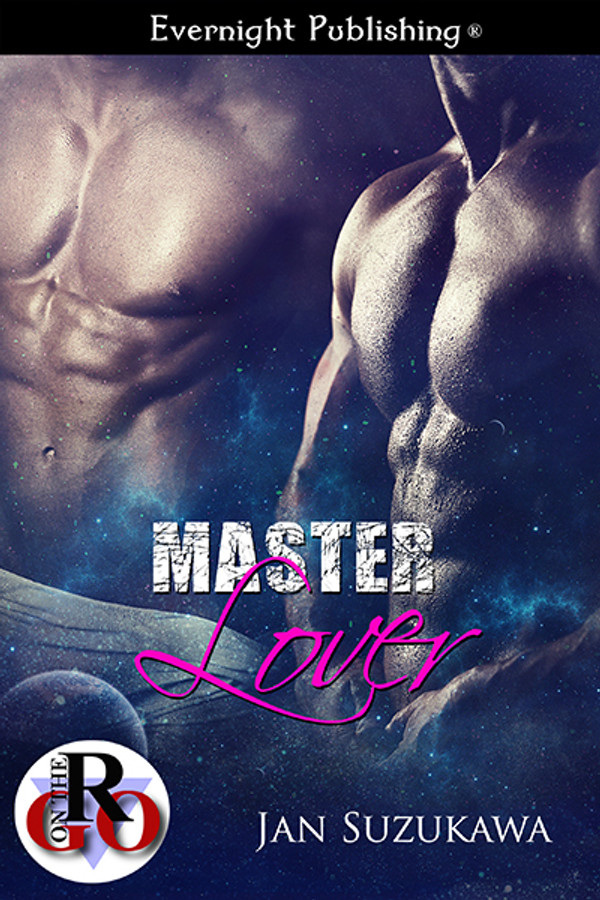 Joon is the most highly sought after Dominant at the Humanistic Garden brothel on the Yotair pleasure satellite.

What Joon doesn’t know is that his special client has his own secret desire…about Joon.

Next, he tested all his sensor functions. He wanted to be at optimum for his special client.

As the time drew near, Joon checked his appearance in the mirror even though his system confirmed he looked perfect. It was unnecessary. So why was he doing it?

He was acting as irrationally as a human.

Nevertheless, he smoothed his silver matte hair with his hands. Then he set the automatic cleaning function of his body to high.

He walked down the hall and turned the corner. Here at the end of a short hallway was the most private session room in the establishment.

The room was darkened. The only light shone on the padded block in the middle of the room.

His special client sat naked on the floor behind the block, knees together with his legs tucked under him. His head was bowed.

Joon admired the man’s body, his long legs, slender but proportionate limbs and good shoulders. His pale skin glowed in the soft lighting.

After he locked the door, Joon approached the man. The man’s shoulders tensed as his footfalls neared.

Joon crouched down and lifted the man’s chin, eliciting a sudden drawing in of breath from the blindfolded face.

An ordinary-seeming Caucasian Earth male with medium brown hair to his shoulders and smooth skin. The man breathed quickly and shallowly as if starting to panic.

Joon gripped his chin harder. The man winced. A small moan came from his throat.

“Have you been good, Benjamin?”

In this world there are robots, robot-human hybrids, and natural-born humans and aliens. The first story of the series was about a robot-human hybrid who eventually became human. Don’t ask – it’s an unexplained process where the chips dissolve, one that just “happens”. Whether or not it makes sense is secondary, I think, to the point the author was trying to make. In this second story, the focus is on Joon, a BDSM-trained robot who is not thought to have the ability to become human. The central question is whether he would want to, and the answer is rather surprising, if not totally unexpected. Joon lives on a pleasure satellite and is a trained Dom. His perception of the world, and biological beings like his clients, is rather different from the way we look at things, and I found the descriptions of his sensors and how he resets them really interesting. His ability to measure and perceive his clients’ reactions to what he does was truly helpful. As a full robot, he is not supposed to have feelings, but I have my suspicions about that. When it comes to Joon’s special client, all bets are off. Interestingly, said client also has a few secrets, and the reveal was well done, exciting, and Joon’s ultimate reaction made me smile. If you like stories about robots who seem rather human, if you want to find out more about the secret desires of a robot built to give sexual pleasure, and if you’re looking for an entertaining read with a thought-provoking ending, then you will probably like this short story.