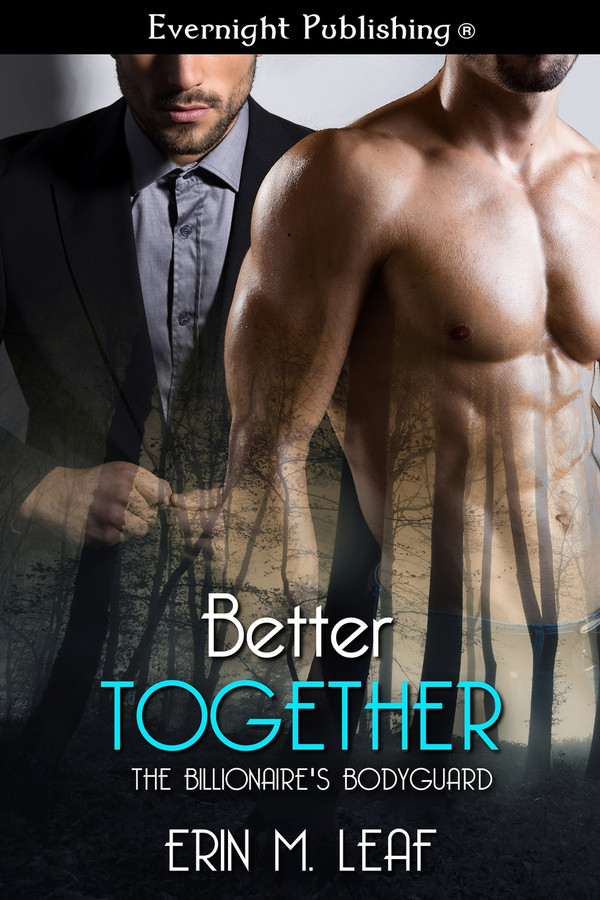 Alex Roman controls a business empire, but he can’t control his personal life. Just when he thought he and his boyfriend, Jesse, could settle down and enjoy their life together, their past comes back to haunt them once again. They never discovered who killed Alex’s grandfather and Jesse’s father, and neither man would’ve wanted to know the truth if it meant tearing them apart, but that’s what happens.

When a crazy gunman targets Jesse for the sins of his father, he reluctantly decides he must leave the love of his life in order to keep him safe. Little does he know that his decision to protect Alex may ultimately be his undoing. Alex tracks him down and the gunman follows. A deadly confrontation leaves one man down, and their relationship fractured.

Will their love survive the ultimate test?

“Stop being so grumpy,” Alex said, setting his bag on the chest at the foot of the bed. “We’re on vacation, remember? If I have to give up my laptop for a week, you have to give up your crankiness.”

“I’m not cranky,” Jesse said, unzipping his duffel and unpacking his clothes. “I’m cautious.” He grinned wryly. “And maybe a little paranoid.”

Alex laughed. “Your cautiousness comes across more like constipation.”

Jesse tried glaring at his lover, but an involuntary snort of laughter betrayed him. “You suck,” he said, smiling.

Alex walked over and wound his arms around Jesse’s waist from behind. “I could, if you want,” he murmured into the back of Jesse’s neck. “Suck, that is.”

Jesse froze as his cock gave a twitch of interest. “Oh?”

“We are on vacation. I could take my time for once. Drive you crazy.”

As if he didn’t usually drive me crazy anyway. Jesse pretended to think the offer over for all of thirty seconds. “Yeah, okay.”

Alex kissed him again. “Hold still.” He ran his hands down Jesse’s arms and began to unbuckle his shoulder rig.

Jesse wouldn’t move right now even if someone paid him a million bucks. His cock hardened against his zipper. He swallowed, ignoring the ache in his balls. “Don’t forget the safety,” he croaked as Alex eased the leather and fabric straps down his arms.

“I won’t,” he promised, unholstering Jesse’s M9 Beretta and gently setting it on the nightstand. “I know what I’m doing.” His fingers grazed the front of Jesse’s jeans, then deftly undid the placket, tugging until Jesse turned around. “That’s better. I like it when you go all quiet.”

Jesse let out a breath as his cock pushed out past the zipper. “You’re going to be the death of me, Alex.” He looked at his partner. Alex’s gorgeous grey eyes had already darkened with arousal. Jesse licked his lips as his dick gave another twitch. “Damn, you’re pretty, Alex.”

Alex pushed him down onto the bed, then went to his knees on the floor. “Don’t be ridiculous. Men aren’t pretty.”

“You are.” Smiling, Jesse carded his fingers through Alex’s soft auburn hair. “Suck me. Please.” He tugged Alex closer.

Alex’s lips quirked into a half smile. “Since you asked so nicely.” He drew Jesse’s cock out of his cotton boxers and ran his thumb over the tip. Pre-come welled from the slit as Jesse shuddered.

“Don’t tease, Alex.” Jesse locked his thighs and let go of his boyfriend’s hair. He didn’t want to hurt him and he was so wound up that he couldn’t guarantee he wouldn’t yank all of Alex’s hair right out of his skull once things got going.

Alex opened his mouth and breathed on the tip of Jesse’s erection. “Since when did I ever tease?”

Jesse swallowed a snort. “Um, all the time?”

Instead of answering him, Alex leaned down and licked a stripe across the crown of Jesse’s dick.

Jesse bucked involuntarily and Alex moved his face away, grinning.

“See? That’s you teasing,” Jesse muttered. His fingers curled into the comforter, as if hanging onto bedding would help. Nothing had really happened yet and he was already on the edge.

Alex shook his head. “Nah. This isn’t teasing.” He licked another stripe across Jesse’s prick, then blew on the wet spot.

Alex kissed the underside of Jesse’s shaft, then leaned in and mouthed at his sac. “Your point?”

“You taste desperate,” Alex said against his skin.

Jesse gritted his teeth. “I wonder why that is.”

Alex chuckled and sucked one of Jesse’s testicles into his mouth, gently rolling it around. Jesse groaned as his fingers tightened into the bedding. “Fuck!”

“That can be arranged,” Alex said, moving up and sliding Jesse’s cock down his throat. When he swallowed, Jesse gasped.

“But not yet,” Alex said, moving back. He grabbed Jesse’s holster rig and wrapped the strap around the base of Jesse’s cock and balls.

Better Together is the third book in The Billionaire’s Bodyguard series by Erin Leaf. This is a series where you don’t have to read the prior books to enjoy this book but it does help if you have. Alex Roman is a wealth man who controls business easily and seems to get what he wants. However, his personal life is not that easily controlled. He plans to settle down with his boyfriend, Jesse, but the past is back to haunt them once more. A gunman targets Jesse because of his father’s past and Jesse leaves Alex to protect him. The beginning of the story leaves you wanting to know more. At the end of the first chapter, I was excited to finish the book. The author did a good job of drawing the reader not just into her world but making it very realistic as well. The pace of the story was very fast but that was not unexpected due to the length of the story, at only 61 pages. The main characters and the secondary characters were fascinating and believable. Both Alex and Jesse had faults that they deal with as the handle each problem that comes up. The point of view alternated between Alex and Jesse, giving the reader a glimpse inside both characters. The changing point of view was done with care so the reader did not get lost or repeat story lines. The main conflict was more than enough to keep the story moving along. At time I felt that the book could have been longer than it was. The characters fit their role in the conflict very well. The dialogue between the characters was honest and unique. The characters voice matched not only the setting but fit their overall personality. The ending was a bit predictable but the author takes the reader on a wonderful journey. I hope we get to see these characters again in the future.

What I did enjoy and the reason for 3 stars was the characters. They had full personalities and felt real despite the plot. The sex was okay. The scenes were stilted and didn’t flow right with lots of reputation. I know that sounds like a daunting, do not read recommendation but I really liked the characters. If you can find this book on sale I say give it a go.

Thank you, Erin Leaf for writing &quot;Better Together&quot;. I&#039;m pretty sure I&#039;ve told you how much I love Jesse and Alex (a time or two...or ten), and this was the perfect sequel to &quot;The Billionaire&#039;s Bodyguard&quot;. I&#039;m not going to give away any spoilers. I&#039;m just going to say that Jesse and Alex are back in full form here, and they&#039;re just as awesome as they were in book one. There&#039;s action. There&#039;s humor, and there&#039;s great chemistry and awesome sex! I highly recommend picking this up. Grab book one too. I guarantee you won&#039;t be disappointed!