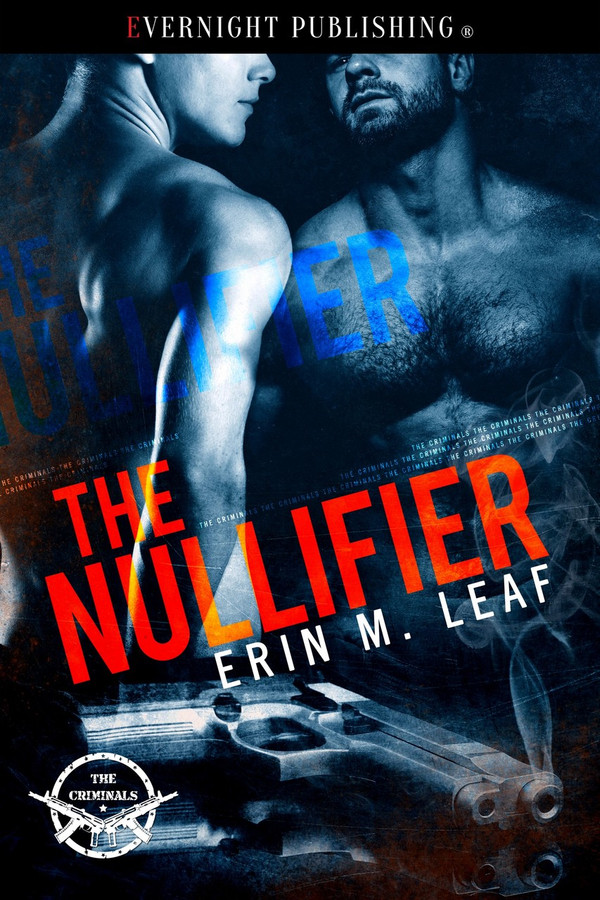 Contract killer Felix Zamaro isn’t looking for love—at his age, all he wants to do is retire. When he interrupts a robbery-in-progress, he stumbles into a mess: Nick Banner is in town to help his sister kick her loser boyfriend to the curb.

Nick never thought he’d meet a hot-as-hell assassin in the middle of a random coffee run, but watching Felix take down a couple of thieves in a crappy gas station has him questioning his rule against playing with straight guys.

When Felix’s next mark turns out to be none other than the boyfriend of Nick’s sister, all hell breaks loose. When Nick moves into the house next door to Felix, both men think fate is messing with them. However, it’s Nick’s unexpected career choice that really throws Felix off his game, and for a killer, that could be a fatal mistake.

Felix grunted. What the fuck was wrong with him? Just the sound of Nick’s low, sleepy voice sparked another surge of heat.

Felix frowned, head turning towards Nick. “What the hell are you talking about?”

Nick sighed, pushing the covers down to his waist. “I’ve seen you looking at me.”

Felix sat up and swung his legs over the side of the bed. “I’m going out to walk the perimeter.”

Before he could stand up, Nick’s hand landed on his shoulder. “No, you’re not.” His voice was low and soft. Unthreatening.

Felix’s muscles tightened anyway. Nick’s hand was warm and heavy. His training told him that he could grab Nick’s wrist and break his elbow, or twist him around and rip out his throat, but the strange tension flaring through his body wouldn’t let him move. “You don’t want to do this, Nick,” he said, gritting his teeth.

“Do what?” Nick pulled him back down to the mattress. “Touch you? Make you feel good?” He pressed Felix’s wrists down, hard.

Felix flexed his biceps. In the dark, Nick was a dark shape looming over him. Instead of fear, or anger, Felix’s emotions jumped wildly from arousal to confusion. “I could break your neck.”

“Makes what sweeter?” Felix asked, voice raspy. He couldn’t seem to breathe right. Is this a panic attack? he asked himself. He’d never experienced anything like this. His entire life had been a systematic observation of facts and rational decisions. Nothing much bothered him—not killing, not violence, not sex. Boredom was a problem, but he certainly wasn’t fucking bored at the moment. I’m screwed, he thought, still not throwing Nick’s ass to the floor.

“This,” Nick said, leaning down and kissing the side of Felix’s jaw. “Jesus, you smell good.”

Felix flexed his arms, pushing up against Nick. “Stop. You know I’m straight.”

“Make me.” Nick moved his lips down Felix’s shoulder and pressed his lips to the crook of his elbow.

“You’re not straight, and you don’t want me to stop, Felix,” Nick said, and then he bit the soft skin of his arm.

Felix groaned. Just that one sharp touch brought him right to the edge. “Fuck.” His hips strained upwards as his balls drew into his body. His cock hurt.

“No, no fucking yet. Tonight, I’m going to blow you.” Nick shoved down Felix’s sweatpants and took his cock in his hand. “I can’t wait to suck you off. I bet you’ll try and keep quiet. I bet I can make you come so hard you won’t know where you are anymore.”

“Jesus Christ.” Felix gripped the sheets. He’d never wanted a mouth on his dick so bad before. Nick’s voice had him shaking. “What the hell are you doing to me?”

Nick chuckled. “I’m not doing anything yet.” He leaned in and blew along Felix’s erection. “This isn’t just about me, straight boy. This is about you. You’ve suppressed your sexuality for so long that you don’t have a damn clue about what you like and don’t like. You’ve been fucking the wrong gender your whole life.”

“Screw you. I’ve been straight for decades. I’ve fucked plenty of women,” Felix ground out, not wanting to admit how hot Nick’s touch made him. You’re going to eat your words, a small voice in the back of his head told him.

Nick slid his thumb over the top of Felix’s erection and rubbed the pre-cum welling from the tip in a tight circle. “And every one of those women left you empty. Missing something. I bet you haven’t even bothered to pick someone up for the past few years. You haven’t hooked up with anyone lately, have you?”

Felix shuddered, but didn’t reply. Nick was right. He hadn’t even attempted to get laid recently. Why bother? The women always wanted more from him than he was willing to give, and the rote mechanics of sex bored him lately. “Just get on with it,” he grated out, not in the mood for a psychoanalytical mind-fuck at the moment.

I do enjoy a good assassin tale and ‘The Nullifier’ certainly brought me that. Felix is tired and seriously considering retirement from a job he has done for far too long. He’s bored, plain and simple, but when he meets Nick at the mini mart after Felix breaks up a robbery, suddenly he’s not so bored anymore. Nick is only in town to get his sister away from her fiancé and he certainly doesn’t plan on staying. His hometown has no good memories and he’s not interested in visiting his parents who threw him out when he came out. His sister has no idea what he really does for a living and he plans on keeping it that way. Felix, however, throws a wrench into a number of Nick’s plans. Nick doesn’t know that his sister’s ex is the nephew of a mob boss or that there is a contract out on him so he’s a little taken off guard when the guy breaks into his rental house with four goons to kill his sister. Luckily, Felix sees them pull up and helps out knowing he can kiss this contract goodbye. Of course, Felix also gets an idea that there’s more to Nick and vice versa. Now Nick and his sister are going with Felix to his off-the-grid cabin to get some things settled. If only Felix could figure out why he’s attracted to a man for the first time in his life. It doesn’t take him too long to realize he has missed a big part of himself all of these years. Nick and Felix are serious excitement together. Not just their respective careers, which they discover intersect in an interesting manner, but the physical aspect is off the charts. Watching them fall in love in the span of a few days while hunting down Nick’s sister’s ex was an absolute joy filled with action, drama, laughter, and smoking hot sex. Yowza. Just what the doctor ordered. A wonderful beginning to a new series. There’s plenty of excitement, bloodshed enough for those with vicious revenge fantasies, and a well-rounded love story. I’m definitely looking forward to the next in the series.

Such a good book. Nick and Felix are a great match. Both dangerous and sexy and oh so good together. Even if Felix didn&#039;t know that he liked men. This is a must read.

voluntary review of arc Felix is an assassin. And he is good at it, but he is bored and bored could lead to sloppy which leads to dead. Then he meets Nick. He is no longer bored but is he ready for all that Nick brings? The Nullifier by Erin M. Leaf is first in The Criminals series. I must say I really liked Felix. He is so self-contained. His emotions are rarely engaged…that is until he meets Nick and then he finds himself acting way outside his norm. I love that Ms. Leaf has this man acting so outside his character. I also liked that once he decided on something he was comfortable with his decisions and the consequences. And Nick was just what Felix needed. He was similar but different. And he understood Felix. I enjoyed seeing Felix with Nick. Nick brought out emotions in Felix even if it was sometimes hard to tell. This story was a well written quick read and I can’t wait to see where Ms. Leaf will take us in this new world. Shining Star and Five Shooting Stars

I loved these stories. I read book one and immediately had to purchase book 2. There is a lot of heat, great action and interesting storylines. Looking forward to book 3.