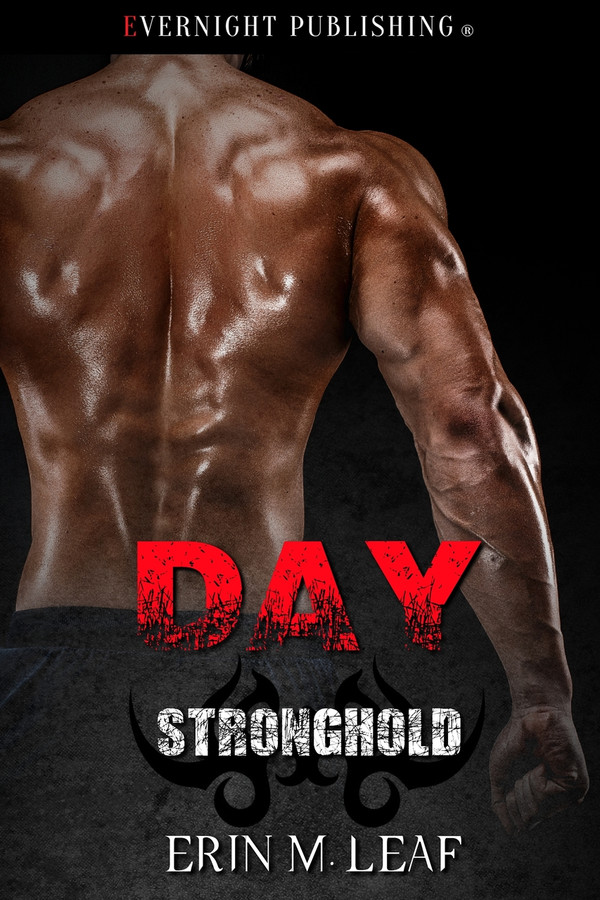 Bruno Day knows the moment he sets eyes on Amy that he won’t be able to stay away from her, but he doesn’t want to drag her into his dangerous life—his duty is to save humanity. She may help them survive if he makes her his mate, but what if the price is her death?

Amy Roderick never expects Bruno Day to show up at her house and ask for her help. She’s just an ordinary person, and he’s the larger-than-life leader of the Sentries. What could she possibly do to help? And why are her instincts telling her they’re meant for each other?

Power and determination have kept them safe for years, but now Bruno and his brothers must face the ultimate battle: an alien swarm that could devour the entire planet. Everything depends on the decision of one young woman: will Amy follow her heart or sacrifice her life for duty?

Bruno stared at her hands. She was a tiny little thing, but he knew that her small stature was merely a mask for the strength she didn’t yet know she possessed. He stood up and walked over to her, giving into his desperation. He wanted to touch her skin. “Amy, I need you to help me.” He reached out and untwisted her hands. “I know you don’t understand, and I don’t want to frighten you.”

She wasn’t frightened. Bruno felt her arousal suddenly spike like a punch in his gut. He inhaled sharply. His brothers never mentioned the insane need that came with being in the presence of one’s paired mate. He’d thought it was bad earlier, when he’d given her his ring, but the attraction seemed to increase with every moment in her presence.

“I know,” he replied, sifting through a dozen explanations in his mind and discarding all of them. None of them mattered. He needed her for the power she would add to the Stronghold net when they paired, yes, but he needed her for himself even more. Suddenly, all the years he’d spent alone felt like an unbearable eternity.

“Just tell me the truth. It can’t be as bad as all that,” Amy murmured.

Bruno brought her hands up to his lips and kissed the backs of her fingers. She sucked in a breath. “This is the truth.” He slid his hands up her arms and took a step off the cliff he’d been holding himself back from for centuries. “I saw you in my dreams two hundred years ago.” He leaned down, watching the black of her pupils swallow the sweet brown of her irises. She smelled like roses and sugar. He licked his lips, desperate to kiss her. He’d never felt so overwhelmed with desire, not once, in his long life.

“Are you saying that you can tell your future?” she asked, voice barely above a whisper. “And I’m in it?”

“I can see this future,” he murmured, then leaned down and kissed her.

When his lips touched hers, Amy gasped. She couldn’t move. Couldn’t think. He kissed her gently, and then he gathered her up and pressed in harder until she couldn’t do a damn thing except cling to his shoulders like some damsel in a romance novel. He tasted like spice and fire, and she must have made a sound in the back of her throat, because he groaned and dipped his tongue into her mouth. Amy shuddered, not understanding how she could go through life thinking that what she’d experienced before this moment was anything at all. Nothing could have prepared her for how it felt to kiss Bruno Day.

Amy dug her fingers into him, and then he abruptly broke away, panting as though he’d run a race. She wasn’t doing much better. She sucked in air, hands still locked around his biceps. “What just happened?” she asked, bewildered. Heat coursed through her bones. She couldn’t let go of him. If she did, she’d fall to the floor in a ridiculous heap.

Bruno swallowed. “What do you feel?” He slid his arms back around her waist, drawing her into his body.

“Confused. Hot.” She frowned at him even as she let him cradle her between his thighs. “This is insane.” She didn’t tell him that she’d dreamed of him kissing her since she was a teen. She didn’t want him to think she was some crazy fangirl. She lifted her hands to her cheeks. Her skin felt like it was on fire.

“Do you know what a paired mate is?”

Amy sucked in a breath. “What are you saying?” She thought about her friend Saige. When she’d eloped with Isaac, the connection between the two of them had been palpable. Amy didn’t quite understand it when Saige first explained it to her. But I think I understand it now.

“Sentries can sense things about people. Emotions,” he said.

That means he can sense my arousal. God. Amy licked her lips nervously. Bruno stared at her, obviously waiting for her to say something. She took a deep breath. “I know. Saige explained it to me. And she’s always been very intuitive, so I believed her, even though I didn’t understand. It’s easy to see how connected she is with Isaac, too.” She tilted her head, trying to ignore the heat of his body. She was so hot she ached, and trying to hold a rational conversation while she buzzed with need was proving difficult.

“We have the same kind of connection, Amy,” Bruno said, sliding a hand up to cup her cheek. “Can you feel it?” He kissed her gently.

Amy trembled. He thought she was meant for him? That they were meant for each other? “I don’t know.” She felt something, but lust had a way of confusing a person. She’d been down that road before.

Bruno lifted his head. “I can sense your emotions, Amy.”

Amy felt her skin flush hotter. If he could sense her emotions, he knew exactly how much she wanted him right now. “We don’t even know each other,” she said, wondering why she was arguing with him. Bruno Day had just kissed her! She had to be an idiot to keep protesting. I should just go for it. It’s not like I haven’t hooked up before, right? And he said he needed my help. It doesn’t have to mean anything.

Even as she thought that, she knew she was lying to herself. She’d had a thing for Bruno since the first press conference, when the Sentries had finally come out in the open and publicly explained who they were.She flexed her fingers against his muscles. He felt like a mountain: strong and immovable. “This isn’t how I expected my day to end,” she muttered, looking away from the intensity of his gaze for a moment. She couldn’t look away for long, though. Something compelled her to glance back up at him.

This lovely book captured my attention with the very first page. I loved the exciting sci-fi / fantasy world that the author created. Bruno Day and his mate Amy saved the world and it was one exciting story. I loved reading it but now I am hooked and have to go back and read the previous three books in the series.