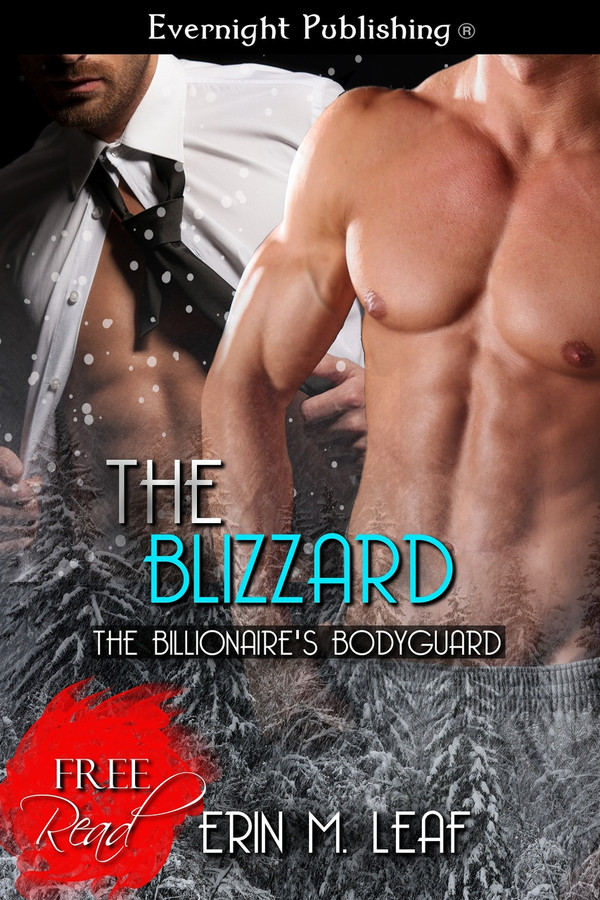 It’s Christmas Eve and billionaire Alex Roman screwed up. He promised his boyfriend, Jesse, that he’d be home for the holidays, but he went to a last minute meeting in the city and got trapped in a snowstorm. Now he must face a fate worse than death: spending the night in a strange motel. Alone.

Jesse Emerson thought he could trust his boyfriend to stay home when it’s snowing outside. After all, his father and Alex’s grandfather died in a blizzard, and since that fateful day, neither of them enjoys winter weather. Instead, Alex is nowhere to be found. Jesse has no choice but to head out into the storm to find his wayward lover.

When darkness falls and ice blankets the roads, will the magic of Christmas Eve somehow bring Jesse and Alex back together, or will both men perish in the cold, lost and alone?

“You shouldn’t have left in the first place! You didn’t need to go into the city on Christmas Eve, Alex,” Jesse yelled, starting to pace. “It was stupid and dangerous.”

Alex watched him, trying to control his temper. A small part of him admired the way Jesse’s strong shoulders moved in his black sweater. Anger did not in any way detract from Jesse’s overall hotness. His more impatient side, however, wanted nothing more than to lash out at his boyfriend. He hadn’t needed the reminder about his grandfather’s death. He’d already thought about it. “I needed to close this deal, you know that, Alex. If I hadn’t met with them today, it would’ve fallen through. Mr. Jikomoto is flying back to Tokyo tomorrow.”

Jesse stopped and glared. “You’re richer than God. You didn’t need this deal. You could take off for twenty years and still not blow through all the money you have sitting in the bank.”

Alex strode over to him and got in his face. “I don’t tell you how to take care of security or how to fucking clean your gun. Don’t tell me how to run my business.” He was close enough to smell Jesse’s skin. His face went hot, with anger or arousal—he wasn’t sure which. Maybe both, he thought as he curled his fingers into fists. His cock swelled, but he ignored it.

Abruptly, Jesse grabbed him again, dragging him and shoving him up against the rough stone of the fireplace. “Fuck you, Alex. I know as much as you do about running your fucking business. I also know that you could’ve died out there tonight.” He sucked in an angry breath. “Hell, maybe I should’ve stayed home. Left you to freeze to death. You certainly don’t seem happy to see me.”

Alex grabbed Jesse’s arms and yanked him around. This time he was the one doing the shoving. “Shut up, Jesse,” he panted, enraged. “Before you say something you regret.” His heart pounded as he pushed his body into Jesse’s. He was so angry, his head felt light, as if the top of his skull was about to come off.

Jesse growled and wrapped his arms around Alex’s neck, pulling him forward. When their mouths collided, he bit Alex’s lower lip, and not gently either.

Alex went rigid, then he kissed Jesse back. It felt more like a fight than a kiss, but he didn’t care. His skin was tight and hot and he didn’t know what the fuck they were doing.

“Fuck, Alex. Fuck,” Jesse muttered, then he bit down on Alex’s neck, worrying at the skin with his teeth.

Alex’s cock went from half-hard to fully erect in less than a second. He sank his fingers into Jesse’s hair and squeezed. Jesse made a sound in the back of his throat, and then he was ripping at Alex’s shirt. Buttons went flying. Alex gasped as Jesse pulled his shirt down, trapping his hands behind him.

“Don’t fucking move, Alex,” he said, then he went to his knees and undid Alex’s pants.