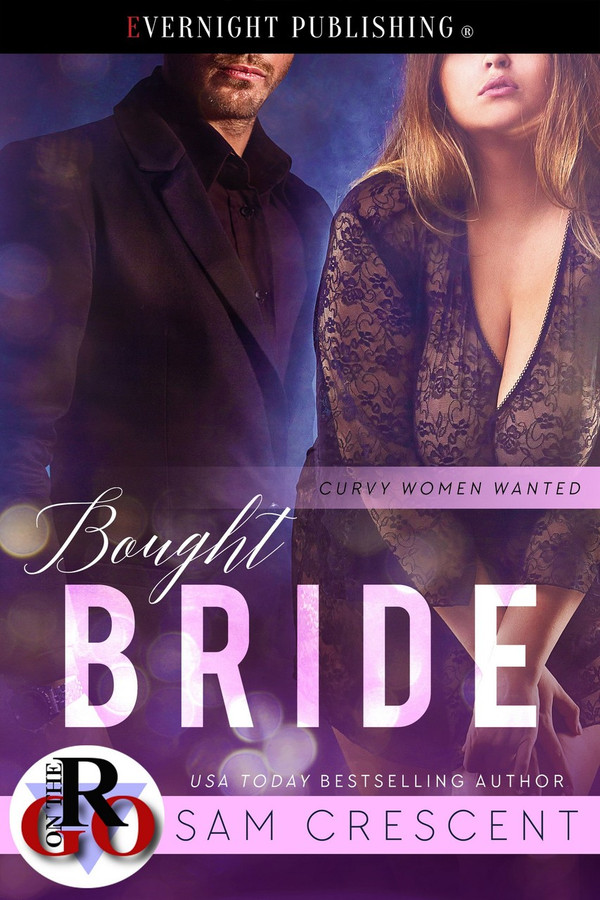 Rafe Shawl needs a wife. In order to inherit his father’s company, he has to be married, and the moment he bumps into Ellis Johnson, spilling coffee down her, he knows she’s the perfect woman for the job.

Covered in coffee, Ellis knows there’s no way she’s going to get the job that she’d been about to be interviewed for—but the guy who’d just done the damage is offering to pay her a million dollars just to have coffee with him. She can’t refuse, especially when she realizes his offer is legit—one coffee and then becoming his wife.

Ellis sees no other alternative, so she agrees to be his wife, and help him win back his father’s company. Five years, that’s all she has to do. Five years, pretending to be in love with him.

But five years will never be enough when she’s really fallen in love with him.

But what will happen when she finds out that he lied to her? Not only does she have to give him five years, but he also needs an heir…

“You okay over there?” she asked, placing her card on top of the pile.

“About what?” she asked, taking a sip of her water. Her tongue peeked out, and he watched her lick up the drop, making him ache.

“Did you have a boyfriend waiting for you back home?” He’d been so focused on getting what he wanted that he’d not even given her wants or desires a thought.

She laughed. “No, of course not. Do you think I’d marry another guy while I had someone waiting for me back home?”

“Have you dated anyone?” he asked.

“What is all this about?”

“I guess I’m just trying to figure you out.”

“Let’s see, the last guy I dated told me that he couldn’t stand to touch me anymore because my curves were a turn-off. I’ve had two serious boyfriends, but they’ve lasted about six months each.” She shrugged. “When I met you, I’d been in a rough patch.”

“It was kind of lucky for you to find me.”

“If I recall, you were lucky to find me. I’ve even got the clothes to prove it.”

“Did the dry cleaners ever get the coffee stain out of the shirt?”

“Nope. There’s still a brown stain. Kind of scares me where you bought your coffee from. It sticks a little too well.”

He chuckled as they finished their cards. Picking them up, he shuffled again and began to deal them out.

“I need some more water.” She got up, and her scent filled every one of his senses.

Unable to resist, he got to his feet and made his way toward the kitchen. Ellis was adding ice to her glass when he entered. She looked up at him and smiled, and it was that one simple action that spurred him forward.

She took a step back as he advanced into the room until her ass hit the kitchen counter. Reaching out, he stroked her cheek, tilting her head back.

Ellis didn’t look frightened, and he didn’t want her to be.

Running his thumb across her lip, he watched her tongue peek out as if it couldn’t resist either, and had a little taste of him. The action made his cock harden even more.

Without saying another word, he slammed his lips down on hers, holding her close, not wanting to let go. She released a little whimper, but threw her arms around his neck, not pushing him away.

With his free hand, he gripped her hip and pressed his cock against her stomach. He ached all over for the need to be inside her, and only her.

This almost Cinderella story caught my attention right away. This is the ninth book in the amazing Curvy Women series from Sam Crescent. Rafe and Ellis were incredibly rich and vibrant characters. Their paths crossed through a chance meeting, and it was like fate throwing them together. I thought that was so romantic. It was true that their relationship started out as a business arrangement, but the author made it clear that Rafe wasn’t just using Ellis to fulfill his father’s last wishes. He hoped that their mutual attraction would lead to a real relationship. That was exactly what happened in this sweet slow burning romance. There was a bit of drama with Rafe’s mother and a big secret that Rafe withheld from Ellis. I always enjoy this author’s books. I especially enjoyed this one. The story was short but very well written with engaging characters and a story that was captivating. I am looking forward to the next book in the Curvy Women series soon.

Sam Crescent launches a successful hostile heart takeover with this swift and sexy read. Rafe Shawl knows what he wants and will stop at nothing from getting it and the moment he decides Ellis Johnson is his I knew we were both in for the adventure of a lifetime. As a klutz who’s had my share of accidents I totally felt for Ellis when her interview is ruined by Rafe’s hot coffee and even hotter smile. I love that his offer is like a modern day fairytale. It’s almost too good to be true and watching as she soon discovers that everything just seems to get better for her is wonderful. But I also liked how things weren’t perfect for either of them. It wasn’t as easy as snapping his fingers and getting everything his own way and just because she didn’t have to worry about money it didn’t leave her without her hardships. I liked watching the relationship develop and delving in to Rafe’s characters. I’m never disappointed when I pick up one of this author’s books and this story was no exception. It had all the elements I’ve come to expect and love; a powerful alpha male, a curvy heroine and a sexy situation that always leads to happily ever after. Do yourself a favour, pick this one up. The Story: Rafe Shawl will do just about anything to gain control of his father’s company. Because of some tricky clauses he will have to tread very carefully. Ellis Johnson needs a job and she never expected she’d take one as a wife. As their relationship turns from strictly business, Ellis discovers Rafe hasn’t just bought a bride for half a decade but that he needs an heir as well.

A great short read, finished it in one afternoon, love this series, strong males and women of &quot;substance&quot;. Looking forward to more stories.

I really enjoy this book. I love Sam Crescent books but this one was very enjoyable. Is a chance encounter kind of story mixed in with Cinderella almost. Our hero is bound and determined not to let his father&#039;s Legacy go to his mother or the board. So he comes up with this scheme and our heroine is the only way it would work. She is smart but a little docile and full of gentleness and kindness. I loved this book. Ends in HEA.

Rafe needed a wife, to fulfill his promise of saving his fathers company. And then he accidentally runs into Ellis spilling coffee all over her while she was on her way to a job interview. Immediately he knows that she is the one to help him. So he makes her an offer she can&#039;t refuse. She marries him and pretends to be in love with him so he can keep his company and he will help her sort out her financial problems. The more time they spend together the more they both find that they are more attracted to each other than they thought. But just when everything is going well, Rafe&#039;s secret comes out, how will Ellis react when she learns that he kept something from her. I loved this one, quick, sweet, drama and so good. Definitely a favorite

I absolutely love this series by Sam Crescent! This installment was no different - amazing story, relateable characters, a hea, and really hot sex! Thank you Sam for an amazing 2017... Looking forward to 2018!

Such a wonderful story !! A fantastic addition to an amazing series written by a fabulous author !! Loved this Sam !!

I love this series its one of my all-time favourites and never fails to make me believe that love is out there for us curvy women. Thia book took me a little to get into as it was different from the others our heroine is down on her luck needs a job desperately trying to get to an interview when bam she collides with our hero. thus our story begins he needs a wife to get his inheritance and shares in his fathers&#039; company 5 years should be easy right. But for these 2 it&#039;s not, especially as feelings are starting to form and attraction&#039;s to one another is getting harder and harder to ignore. A great read and something to make you fall in Love over and over.

I enjoy this kind of stories. Marriage contract turning into more. Add some b****y mother moments and I&#039;m all giddy, like a little girl with her lollipop. Lol. But that said, there was no big dramas. This story is for a light and quick read, with a bit of sexiness thrown in.