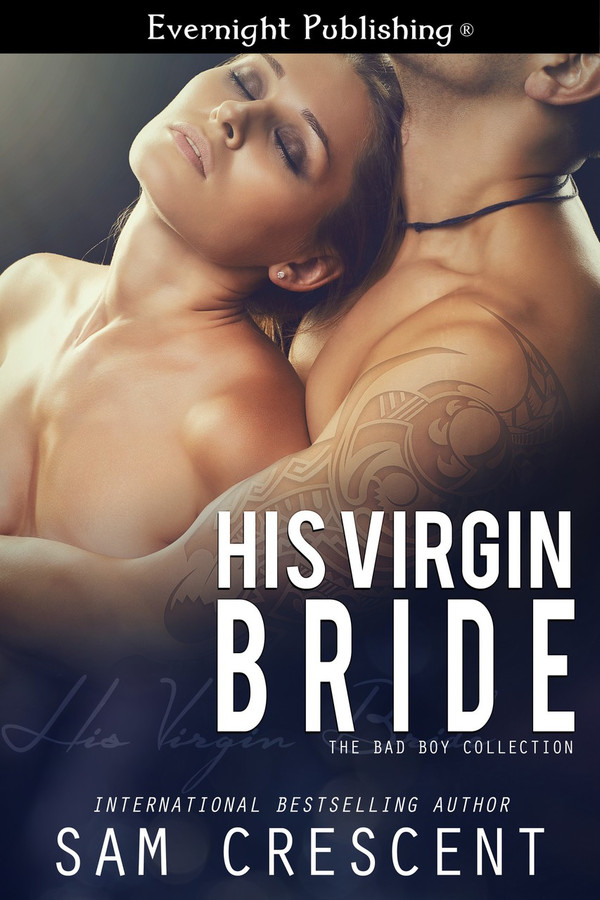 Kurtis is used to getting what he wants. Women fall at his feet, and he can simply pick which woman he wants for that night. Tillie Powell, however, is completely different. She has never fallen for his tricks, and she’s not impressed by his wealth.

When he finds out that a guy he doesn’t like wants her, Kurtis snaps. No one can have her but him. The problem is, he’s also found out she’s a virgin. Will Tillie believe he’s interested in her or only to pop her cherry?

He takes her away to his beach house for the summer and propositions her. He won’t try to take her virginity but she can experiment with him without fear of him spreading vicious rumors.

Can Kurtis turn Tillie into his virgin bride and make her fall in love with him by the end of the summer? Or will he be the one bad boy who can’t be reformed?

Kurtis was a horn dog. He didn’t stick with the same woman more than once, and here he was offering her the chance to experiment. Tillie held onto him, and when they made it to the base of her bed, he paused, giving her a chance to breathe. When she came out onto the balcony, she’d been thinking of ways to ask him to experiment with her. He’d been interested, and that kiss had set aflame a desire she didn’t know she had. Tillie wanted to explore it, and Kurtis was a friend.

She hadn’t expected this.

One summer with Kurtis, and in return he would let her catch up on her teenage years of experimenting that she missed out on.

He tugged his shirt off, throwing it to the floor. His body was thick with muscle showing that he worked out a lot. Ink decorated his arms, and they looked more like tribal tattoos than anything. They were black, and stood out against his tanned flesh.

“Don’t do that to me. I’m not interested in being mocked, not by you or by anyone.”

“Consider me silent from now on,” he said. “Well, silent to a point. I’ve got to say, Tillie, I like to talk about what I like.”

“I’m starting to get that.”

“For instance, I love the fact that I don’t have to hold back in touching you.” As if to prove his point, he reached out, pulling her toward him. They were only separated by a few inches, and yet that had been enough to give her a little space. His hand roamed over her ass, sliding between her thighs, making her gasp. Kurtis cupped her between her thighs, but he didn’t linger. He grabbed her hand, and pressed it against the front of his jeans. The hard ridge of his cock filled her palm, and she gasped. “That’s what you’re doing to me. I can reach out and touch you whenever I want. You’re mine to play with.”

“That makes you mine to play with as well,” she said.

“Yes. You can play with me all you want to, Tillie. In fact, I look forward to it.”

“What are you doing?” she asked, when he started to push his jeans down. His cock sprang free, and Tillie couldn’t believe she was looking at Kurtis, naked, with his cock standing out, long, thick, and proud.

“You see what you do to me.” He placed her fingers around his cock and started to pump the shaft.

He was soft, yet hot and hard. She hadn’t seen a cock in the flesh before, and it was shocking her.

“I’m so turned on. Your hand is fucking perfect on my body. I don’t want you to stop.” He began to move her hand up and down his shaft, making her take her time, and explore him. She stared at her hand, which was covered by his much larger one. He was showing her how to stroke him. Kurtis stopped, and guided her thumb over the tip, stroking through the clear pre-cum that was leaking out of the top.

Suddenly, he pulled away from her, and Tillie looked up. He reached out, and gripped her shirt. She’d never been naked in front of anyone, and so she placed her hands over his in an attempt to stop. She wasn’t completely ready for this.

Tillie nodded, and pulled out of his arms.

She stared into his blue eyes and watched as he took a seat at the edge of her bed. “You can trust me. I want to see you naked. You don’t need to be scared.”

She chanced another quick look at him, and was shocked by the apparent lust shining in his eyes.

Quintessential bad boy Kurtis Spencer always gets what he wants, not matter what it is. Women fall at his feet, vying for his attention and a chance to satisfy his desires. One woman isn’t taken by his charms. Tillie Powell has seen Kurtis in action and she isn’t about to fall for his tricks. When Kurtis finds out that a guy he doesn’t like is putting the moves on Tillie, he’s determined to put a stop to it. After all, he considers her his, she just doesn’t know it. To further complicate things he finds out that Tillie is still a virgin. Whisking Tillie away to his beach house Kurtis has the summer to make Tillie fall in love with him because he isn’t about to let her go. Kurtis might be a bad boy but he is out to prove to Tillie that he is her bad boy. How can one resist the charms of author Sam Crescent? His Virgin Bride is just as addictive and passionate as every other previous book this author has written. Right from the very first page the reader is drawn into the thick of the story, probably with some wondering how Ms. Crescent is going to work her magic and reform an obnoxious bad boy. And yet I know not to doubt this author’s skill and even though there are times the reader would love to smack the hero upside the head, there are plenty of other times that you can’t help but fall a little in love with Kurtis. The sexy and infectious banter between the hero and heroine is intriguing and playful, and the heated sexual chemistry between them sizzles. Add a plot that any women would romanticize about and you have a pleasurable escape. Tillie might be a virgin but she isn’t any shrinking violet. She’s strong, capable and more than able to stand up to any challenge including the advances of a sexy bad boy. Watching Kurtis finally have to really work to win his woman’s attention and love is just poetic justice. Readers will be drawn into the steamy and erotic love scenes that are so hot they should come with a warning label. Using Kurtis and Tiilie’s friends and family as secondary characters works perfectly to enhance the plot as well as the relationship with the hero and heroine. The ending is like a fairytale and will leave the reader with a feeling of pleasure.

One of my favorite authors. Always waiting for the next book. Love this story.

Loved it and can&#039;t wait for more from this author!

I wish I could give this book 10 stars! I loved the title and the characters were great it is a MUST read!!

This was a good story. Well-written and a times very emotional. A short new adult story that progresses pretty fast.

This was a really good book. I love all of Sam Crescent&#039;s books and this another one I can read over and over.

His Virgin Angel by Sam Crescent