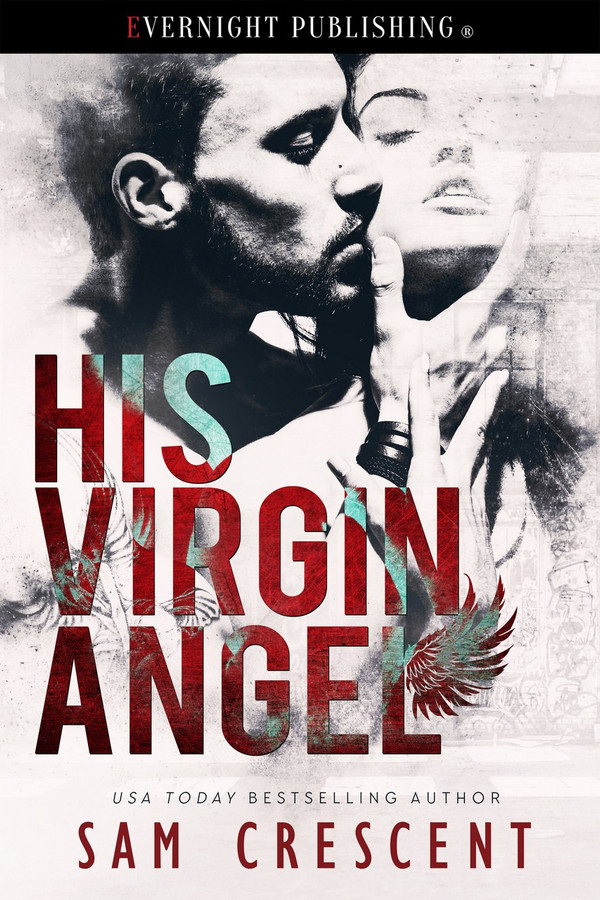 Jack Sosa knows the world of violence, sex, and danger. He grew up in that world, and as a man, he owns it. Then one day, while he is waiting for some cleaners to dispose of a body, a chubby girl sits with him, trying to make him feel better. He is a stranger and she only a young girl, but when she leaves, she takes a part of him with her.

Jack can’t let this angel go, so he keeps her, determined to protect her. Now four years later, she’s no longer a girl, but a beautiful woman, and Jack’s feelings have changed, too, growing into something far beyond protectiveness. He cannot hide them for much longer.

Piper has fallen in love with the man who saved her, but she never expects Jack to feel the same way. However, one kiss is all it takes. Even though Jack is twenty-four years her senior, she doesn’t care. He is the man she fell in love with, the man who makes her body burn hotter than any fire.

However, Piper doesn’t know the truth about the man she loves, and when she’s taken by his enemy, her world is turned upside down. Can she find it in her heart to love a killer? Can Jack live with nearly killing his virgin angel?

Jack took her cup from her, and placed it on the coffee table. He moved her so that she was straddling his lap. The hard ridge of his cock pressed against her core.

“Because I’ve got plans for you, and the last thing I want to worry about is being interrupted.”

He cupped her ass, squeezing her cheeks, and rubbing her against his cock. “Would you want him to walk in right now, or in a couple of minutes?”

“You’re right, I don’t.” She pressed her lips against his. Jack ran his tongue across her mouth, and she opened up, deepening the kiss.

Her whole body was on fire for him, and what he could give her.

“We can’t do this here. We haven’t moved yet, and I don’t want Brian to see.” He tapped her ass and urged her into her bedroom. She left him behind to lock the apartment.

Locking all the doors, Jack made his way toward her room. He’d already told Drake not to wait for him, and that he’d be staying with Piper for the rest of the night. After his meeting with Marshall he wasn’t going to put anything to chance. Something didn’t sit well with him, but he didn’t know why.

Entering her room, he paused when he found her standing by the bed, completely naked. He brown hair was piled on top of her head, and her hands were clasped together in front of her.

“I was trying to do something seductive, but I ran out of time.”

“I wouldn’t mind a little direction,” she said.

“Kneel on the bed with your ass facing me.”

He removed his jacket, being careful not to alert her to the gun strapped inside. Jack never went anywhere without his gun.

With her ass in the air, Jack moaned. He saw how wet her pussy was, dripping just for him.

“Go down so that your head and tits are on the bed, and spread your ass cheeks wide.”

Taking off his shirt, and pants, he palmed his aching cock, watching as she spread her ass wide. He saw the tight puckered asshole begging for his cock, and her creamy cunt that had only ever had his cock.

Jack stepped right up behind her and stroked his fingers over her anus. Moving down, he covered his fingers in her cream, and drew them back to her ass.

“Do you have any idea how beautiful you look right now?”

“You’re open for me, and I want it, baby. I want to fuck you so much. First, I’m going to have a little taste.” Swiping his tongue through her cream, he tongued her clit, inhaling her sweet scent as he did. He didn’t mind dirty, especially if it was with Piper.

Sam Crescent sets the sheets on fire with this erotic contemporary. Jack is not a prince in shining armour even though he does rescue Piper and her young brother. He is one bad criminal, the type of man who usually turns my stomach not amps my libido he is the perfect man for Piper because we get to see beyond the bad boy the rest of the world sees. Piper is a wonderful mixture of maturity beyond her years and naïveté that is unbelievable. She is resourceful and smart and altogether too kindhearted. I honestly could not get enough of this story, from the fantastically curvy heroine to the blood poundingly sexy gangster, it was thrilling in a forbidden way and while my Catholic guilt made an appearance or two I couldn&#039;t put this down if you had paid me. The sexy was both steamy and sensitive, the storyline both hopeful and gritty and the characters all took on larger than life roles but never seemed cliched or over the top. This author has fast become one of my favourites and I cannot wait to see where her next curvy heroine ends up. Jack Sosa is not a nice guy, he knows it in fact everyone knows it. Everyone that is but the lovely and innocent Piper. Piper has always loved Jack for rescuing her from her abusive mother, but she&#039;s no longer a child and what she feels for him is not a schoolgirl crush. Can this virgin tempt the crime boss?

This is one of the best Sams works. It has more than one of my fav elements in a book. Some bitch drama, danger, enemy who is on a mission to cause damage to the couple, sweetness, loyal friends, sexiness and an alpha possessive hero, who will do everything to make his angel always smiling.

I love most of Sam Crescent&#039;s books. I waited impatiently for this book and I was not disappointed. AWESOME BOOK.

At first Jack seemed a little cold but as his and Piper&#039;s story progressed my love for the bad good guy grew!! Another hit for Sam Cresent.... Im hoping theres also a story for Drake soon!!

Sam always writes stories that just tug at your heart one way or another. This is one of those stories. Jack is a bad man and he doesn&#039;t care. When a young Piper gives him a book to make him feel better and leaves, it strikes a chord in him. He discovers the book again a year layer and looks her up. What he discovers angers him to the point he removes Piper and her little brother from their home and sets them up in an apartment so they will be safe. Years go by and Jack has an enemy who discovers Piper. It&#039;s a race to keep her safe and let her know how he feels. When she&#039;s taken, Jack will move heaven and earth and kill anyone in his way to get her back. This is a short but very hot read. It makes me also want the stories of some of the other characters.

This is one of the best Sams works. It has more than one of my fav elements in a book. Some b**** drama, danger, enemy who is on a mission to cause damage to the couple, sweetness, loyal friends, sexiness and an alpha possessive hero, who will do everything to make his angel always smiling.