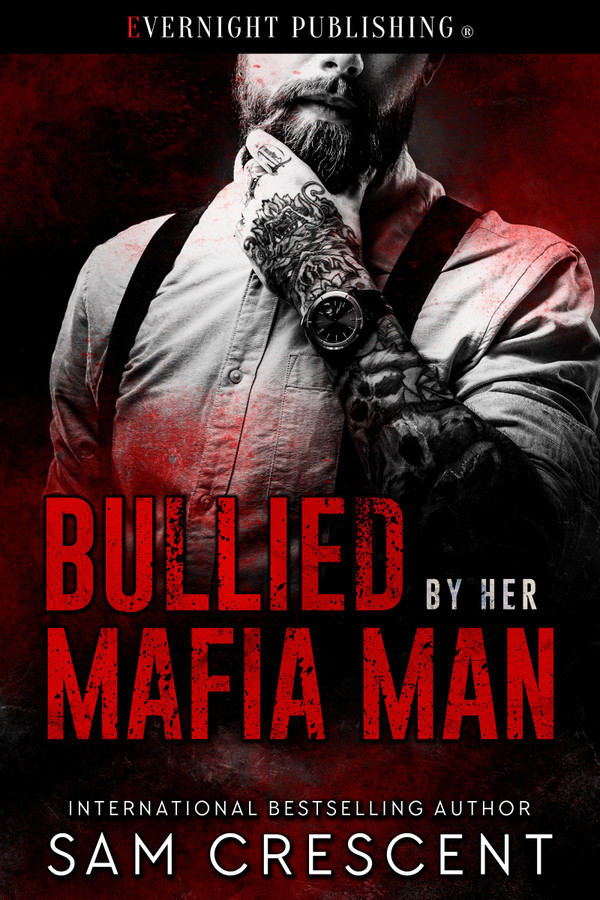 Laura Davis hates Marcus Giovanni. For as long as she’s known him, he has hurt her and gone out of his way to humiliate her. There was no way she was ever going to marry him. But forced down the aisle, she has no choice. The mafia won’t take no for an answer, and any fight she shows is ignored. She is now a Giovanni and at his mercy.

Marcus never wanted to marry Laura. Why would he? She’s nothing like the placid, submissive women of his world. She’s a fighter—and now he has to get her pregnant. To make sure her family’s fortune returns to the mafia’s control, he has to have a son with Laura.

Only, Laura has gotten under his skin, and when he looks at her, he no longer sees a problem but a beautiful woman—and Laura sees there is more to Marcus than the mafia bully she remembers. All this time, he’d pushed her away, and she was right there, in front of him.

When his newfound happiness is threatened, Marcus has no choice but to protect the girl he once bullied and pushed aside. Will he make it in time?

“You’ve got to be crazy if you think I’m going to sleep with you?” Laura held the corset to her chest even as Marcus got completely naked. There was no denying how sexy he was, and he knew it as well. There was a hint of something behind his eyes, which taunted at just how sexy he knew he was, and she wanted no part in this.

Being around him was a recipe for disaster.

This is his right.

He didn’t know the truth, and she’d lied to him.

“I have no intention of sleeping.” He advanced toward her. “You want to play hard to get, fine. I can play this game if you want.”

He cupped her chin, tilting her head back. His thumb rubbed the spot where he held her, almost tenderly.

Before she even realized what he’d done, he pulled the corset from her hands, and it fell to the floor where he threw it.

Her heart raced, and she didn’t know what to do as he suddenly captured one of her breasts within his palm.

Licking her lips, she kept on looking at him.

She wasn’t going to give him the satisfaction of being right.

Marcus turned her, pushing her to the bed, and she let out a scream as he pulled the rest of the clothes from her.

As she screamed, he buried her head into the blanket, and she whimpered. What also surprised her was the hint of arousal she felt. This couldn’t be happening to her. She had to be sick or something. There was no way she could be aroused by his touch. She couldn’t accept it as being real.

He flipped her over onto her back and spread her legs. She wasn’t wearing anything, and now there was no hiding.

Marcus had removed the last of her protection, and he knew it. He smirked down at her, placing a hand between her thighs and cupping her pussy.

“You see this, sweetheart, this is the evidence of just how much you enjoy my touch.”

“You think I’m not there? You think I don’t know all about the darkness that consumes me constantly?”

She frowned. He never talked to her like this. They often exchanged unpleasantness, but this was different.

Before she could even ask him what was going on, his mouth was on hers, and there was no talking as he touched her clit, sliding his tongue into her mouth at the same time.

Like all of the other times before, she was at his mercy, and there was nothing she could do.

Just keep telling yourself that.

He broke from the kiss, trailing his lips down her neck, not lingering in any one spot. Down her body he kissed, his lips stopping at each of her nipples, giving them a flick of his tongue.

She cried out as he moved down, and she didn’t want to look but found it impossible not to.

He stopped at her pussy, and she lifted up to watch him. He spread the lips of her pussy, and his tongue danced across her clit. The sudden touch was so unexpected and amazing, she cried out, dropping back as he sucked on her. Both of his hands gripped her thighs, holding her in place as he flicked her nub, going back and forth, up and down, before sucking it into his mouth.

She arched up, wanting more, feeling the pleasure rush through her body, begging for more, but she was unable to completely take it.

He had the power and control, and he worked her body into a frenzy she couldn’t control.

In the back of her mind, she knew she should be stopping this. Marcus was her enemy and had been for as long as she could remember.

There was no way she should be letting him do this.

But it felt so good, amazing even.

She wanted him, hungered for the peak she knew was just out of reach.

If only he kept on using his tongue, and he did.

She was so close.

Real power is in the giving, not the taking. That’s not how mafia son, Marcus Gionvannia, was brought up but it’s what he’ll learn at the hands of the one woman he’s lived his life trying to hate as he protects her. The feeling is pretty mutual, or so she thought. I’ve read some dark mafia books. There’s always the element of darkness and perceived power over the weak. Sam Crescent doesn’t deviate from that formula but still put out a unique and intriguing story. I read a excerpt from the book before deciding to request it for review. I couldn’t imagine how the story could begin with so much anger and deception and end with a true and realistic HEA for Marcus and Laura. I knew I had to read it. The author gives the reader chronological glimpses into the past. Brief episodes where Marcus and Laura cross paths and the outcome. It was very revealing as the present day story was told. Who Marcus was and how he became the man who forced Laura down the aisle, who constantly reminded her that she was his property, who swore that he would do his duty to the family. But it also showed me that Marcus was and would be protective of Laura, even love her in his own way. The author gave me hope for Marcus and Laura in little ways that I truly appreciated. This was a quick read and one that I didn’t put down until finished. Readers who look for dark redemption will appreciate this one.

Marcus character was dominant and i loved it. Laura and Marcus were always attracted to each other. What was mistaken for hate was love. If you read other reviews, don&#039;t judge before you read. There was no rape in this book.

What a great way to spend a Friday night, reading this latest book from Sam Crescent. Great book where Hero and heroine went from hating each other to lovers. The flashbacks were so well written,they just added to the richness of the story. I couldn’t put it down. Well done!!!!

This book is about a forced marriage with mild dark undertones. There is some violence, but would a mafia book be one without it. In the claim of rape....(per bad reviews)we all have our own opinions but in my opinion this is reluctance not non-compliance. Both parties were made to comply to the marriage and acts. I don&#039;t want to give away any details, but in the end this is a love story with a HEA. So don&#039;t base your decision off of those reviews who should read sugary sweet romances instead of those with a bit of spice. And come on, too many romanticize the mob and life is much darker. This was a short mafia book that I really enjoyed. Hate turned to love.....who can resist that! 4.5 stars

Marcus tough guy. Laura the victim and forced to marry Marcus. Marcus born in the MOB show no soft side and a father who keep or tried to stay hard and rough. But finding it hard to stay that way with Laura. Worth reading

I&#039;ve always heard there is a very fine line between love and hate! This was such a great story. Packed full of emotions, it will keep you turning the pages. Laura and Marcus are forced to get married by their families but she &quot;hates&quot; him. But does she really? A roller coaster ride from the start, we get to see how their feelings of supposed hate turn into something they least expect. And when Laura&#039;s life is put in danger, Marcus takes drastic steps to save her. Will it be enough? Or has he doomed by of them with his actions?

This has to be one of my favorite books by this author! She has filled the pages with so many emotional highs and lows and even thrown in a dash or two of excitement and danger. I don’t even think you can really call this a from enemies to lovers story, more like a from surface emotions to true emotions story. Regardless, she had me enthralled from the first page and, even now, at the end, I wish there was more to read. I can’t say enough, how much I truly enjoyed this book, I can only hope her next offering is just as amazing.