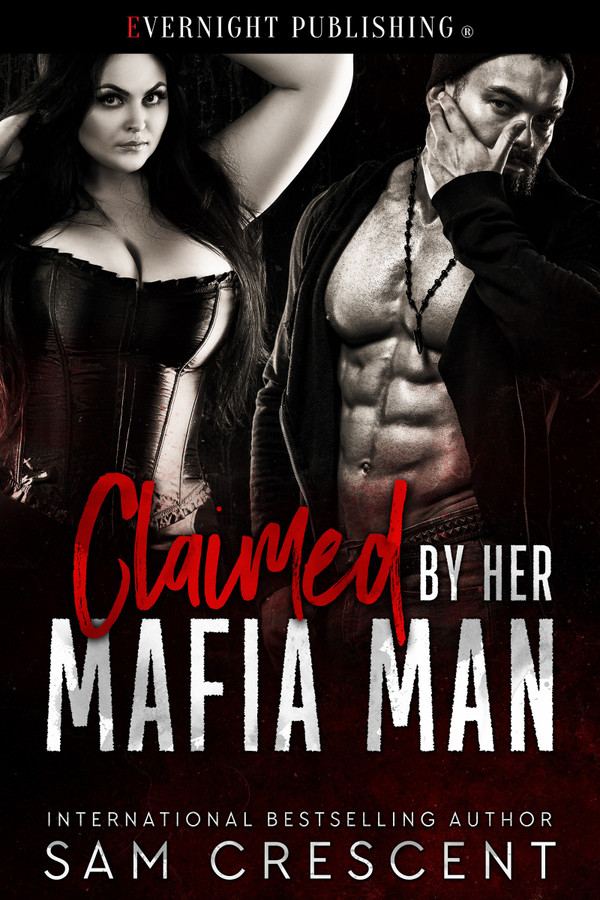 Isabella Drago’s father has trained her to take over and stand in his place as Capo. He made other plans, though, and now she must marry the man he chose or fight for her place in a man’s world.

Damon Romano, the Monster as he is called, is intrigued by the woman who’s been trained to take care of herself. This is his chance to finally have a woman at his side, one who isn’t afraid of him. Marrying her would grant him more power, but her rejection is expected.

When someone tries to kill her, it’s up to Damon to protect her. She will marry Damon, but this won’t be a love match. Passion burns between them, and it’s only a matter of time before she falls for him. He intends to catch her, to train his little virgin in every way.

He promises to protect her, but first, he must find out who wants the love of his life dead.

He shouldn’t care what she was getting up to, or who she was hurting, but he wanted to.

Keeping to the shadows, he watched as she attacked a punching bag. She’d removed her dress and was now in a long pair of tight shorts and a sports bra.

He needed to get himself under control.

As he watched her, he saw her power. There was too much space between them, and he wanted to get closer.

She yelled, attacking the bag again, screaming her agony. He reached out to touch her and she spun around, landing a kick to his stomach and sending him back.

“What the hell are you doing here?”

“I came to admire your technique,” he said, getting to his feet.

She stood, hands clenched into fists, panting. Perspiration dotted her brow and her eyes were red, but there was no sign of tears. Isabella was the epitome of control.

“You don’t belong here. This is my house.”

“You see, your father believed you needed someone like me to help you out.”

He removed his jacket, rolling up his sleeves.

“What the hell are you doing?” she asked.

“I’m getting ready. It’s fine hitting a punching bag, but how about someone who will fight back?”

“I’m not fighting you.” She turned her back on him and resumed hitting the bag.

He rolled his eyes and this time, she didn’t fight him as he wrapped his arms around her waist and lifted her up. He pressed her to the ground, grabbed her hands, and locked them above her head.

He tutted. “Your father told me he taught you better than that.”

“You don’t know the first thing about my father. Get off me.”

“No.” He kept her trapped with one hand. With the other, he stroked a finger down her cheek. “I’m a little disappointed.”

She somehow managed to wriggle her legs out, and she slammed her foot against his thigh. It was enough to get her free. This time, she wrapped her fingers around his neck, pushing him to the mat, straddling his waist.

He had no problem with her pussy being directly over his dick. Grabbing her hips, he held her still.

“No. Be careful with the men you play with, Isabella.” He pushed against her so she’d know exactly what she was doing to him.

She slapped him around the face and pulled away. He let her go.

“Why are you here?” she asked.

“Tomorrow morning, meet me at a café.” He gave her the name of a private place.

“And why would I come to see you?”

“So we can talk about our wedding and dealing with everything that has been handed to you today.”

“I’m not marrying you.” She put her hands on her hips and stared at him, almost defiantly.

“You think they’re going to let you run things? Even if you were to take a place at the meetings, you’re a woman. I imagine they’d plot your death within a matter of days.”

“I know everything, Isabella, you can trust me.”

“Yet, you trust your bastard outcast bodyguard upstairs and he let me come down here. I’m not the enemy. Don’t treat me like one or you’re going to get yourself killed. A lot of people will want you dead.”

“You really expect me to believe you’re not like the other men? You don’t want me out of the way?”

Damon smiled. “In case you didn’t notice, I’m not like other men. Meet me, Isabella. You won’t regret it.”

I was intrigued when I read the excerpt and I was not disappointed. The story was dark and mean..Women weren&#039;t respected or valued..the dialogue was rough and hard. I wasn&#039;t sure I picked the right book, but I&#039;m happy to say I was wrong. Isabella&#039;s father had to train her like a man in order to ensure her survival in the mafia world. She did him proud. Damon was born into this world..hard, brutal and unforgiving. He always has a plan..a plan for the future and especially a plan for marrying Isabella. What he didn&#039;t plan for was calling in lo e. It made finding out who was out to kill her even more urgent..and make no mistake, he would. Great story, griddy, and realistic..I could have used some more background (what happened to Damon&#039;s other wives, how did Isabella &#039;s mother die, more about Damon), but even without those details, the story is good and moves you along nicely as we started to like Damon and Isabella together. Another good one for Sam.

What a totally awesome book!! I just absolutely loved it from beginning to end! A definite must read!!! Happy Reading!!!! :)

Well done again sam i absolutely love damon and Isabella they are an awesome couple... if you love alpha men romance and action this book is a must read...

Isabella was trained at a young age to fight because she was going to take over for her father when he died. I kind of cringed a bit when they were training her because of the violence but it didn&#039;t go into graphic detail, thank goodness. Damon knew he was going to marry Isabella when she got older and after her father passed away but he wasn&#039;t looking forward to it. After all, joining the two families would only make them all stronger. I liked the way they both fought their feelings for each other, but when Isabella is suddenly in danger, Damon will protect her with everything in him. Could he be in love? This was a short but really hot read and I really did enjoy it!!

Strong independent woman raised to be a fighter and partner in the mafia world. Bella and Damon find love unexpected.

Oh my gosh! I love this book! I love how strong Isabella is and how protective Damon is. I love the twists and turns and surprises. Sam Crescent writes such an intriguing story that has great emotion also.

Bullied by Her Mafia Man by Sam Crescent

Claimed by Her Cowboys by Sam Crescent and Stacey Espino