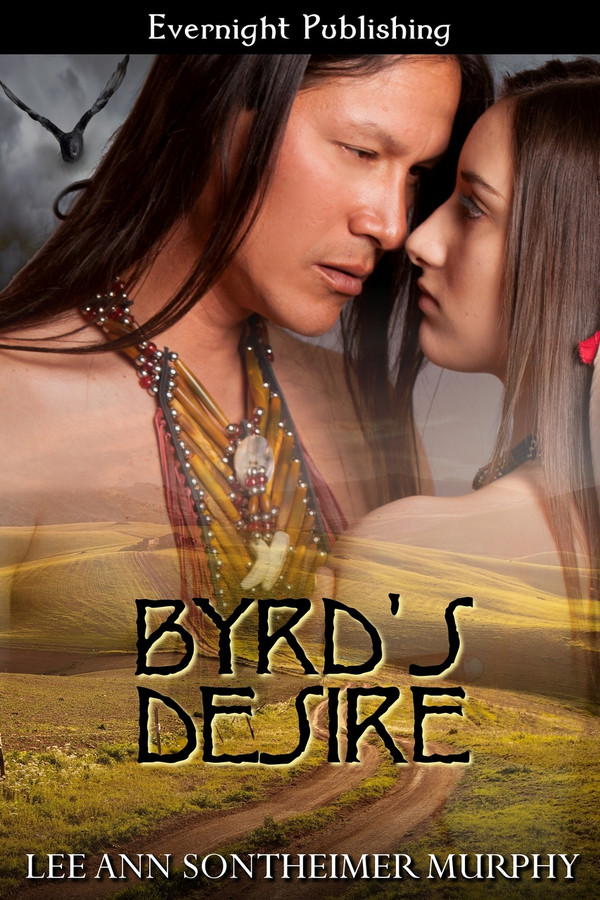 When Cajun gal Celia Lecompte leaves Louisiana for her cousin’s ranch in Oklahoma, she wants nothing more than to put her past behind her and plan for the future. She’s sworn off men so romance isn’t in the picture. When her cousin warns her to watch out for the Thunderbird, a mythical creature, she’s sure Angelique is joking until she catches a glimpse of something she can’t explain.

One night while cooking up a pot of gumbo, a dark and mysterious man knocks on the door. He sweeps her into a sizzling kiss, and she shares her bed in mutual desire. Although she’s not sure who he is, she wants him in every way possible.

Byrd has a secret, however, and when he reveals it, he makes a request. If she accepts it, her life and heart will be transformed forever.

“Do you?” Celia said, abandoning any pretense at caution or being discreet. “I’d like to know more.”

“Do tell.” He didn’t act perturbed but amused, which irked and intrigued her. “Well, I would,” she said in self-defense. “There’s stuff I’d like to know before we, well…uh, get better acquainted.”  He chuckled. “Such as what?”

Celia had a long list:  Are you married? Do you have a woman or women in your life? Are you rich or poor? Do you have family? Kids? A dog or maybe a cat? She didn’t dare ask it all, so she sighed.

“Oh, just things like whether you’re single or attached, if you’re gonna’ walk in here tonight and stay, or if you’ll leave and I’ll never see you again.”

“Fair enough,” Byrd said.  He’d finished his meal and thrust the empty bowl aside. “I’m single, no wife, no significant other, not even a girlfriend at the moment.  As for after tonight, I don’t know and neither do you.  I like to live in the moment and I’m here so the possibilities are endless and they’re ours.”

As far as she could tell, he spoke with honesty.  His dark eyes shimmered with light, reminding her of the first faint light of morning or the last glimmer of dusk.  Celia exchanged glances and nodded.  A shiver of anticipation teased down her spine.  “Then ‘laissez le bon temps roule’!”  Let the good times roll, and if they lasted after tonight, c’est sie bon, and if not, then so be it.

In response he rose, pushed back the chair, and stepped back.  Whether he reached for her or she came forward, Celia didn’t know or care.  One moment they stood face to face, a few feet apart, and then he wrapped her in his arms.  Heat blazed to life between her head and twat, a fire not started with the spicy food.  This erotic burn spread outward and down until it consumed Celia.  Just one thing would drown it, quench the fire, and she sought it.  Her arms latched onto his shoulders, then clasped together behind his head.  Byrd held her tight and close.  They clutched one another, bodies pressed into one.  His rank man-smell infused her with instant lust and his desire rolled toward her in waves.  It enveloped her and she yielded without any fight.  His eyes held hers with a piercing gaze and then he bent his head with a slow, graceful movement.  Byrd’s mouth latched onto her lips with purpose and a steady pull.  He wrapped his arms around her, almost like a dark cloak or wings, she thought, as her senses drowned in the intensity of his kiss.

Byrd stretched the kiss out long and slow, his mouth touching hers as delicate as a fluttering butterfly, soft as a fragile flower.  Celia gave back what he offered and let his tender mouth caresses fuel her desire.  He slipped his mouth from her lips and let it glide along the fine skin of her throat.  Byrd used his teeth as he moved lower and he paused to nibble at the side of her neck with enough force she knew he’d leave a love mark behind.  His fingers worked at the buttons on her blouse and undid them.  Celia removed it faster than a snake shedding skin and bared her tits. He reached the valley between her breasts and the point of his nose poked at her flesh, sharper than she expected.

His tongue emerged to lick a trail downward.  Byrd changed direction long enough to first lick, then suck her nipples, one at a time.  Mon dieu! He delivered such sweet agony and showed no indication he’d quit anytime soon.  Each tongue stroke caused pleasure to erupt across her sensitive skin and run through her body like electricity.  Byrd reached the waistband of her jeans and paused.  Celia fumbled to undo them with frantic hands but he reached out and caught her fingers. “Easy, there.  We’ve got plenty of time.  Let’s do this right, woman.”

Sometimes to find answers, you have to head home again. Celia didn’t realize that she was in for a big surprise when she stayed at her cousin’s house. With her life starting over, what was she to do next? The setting is based in Louisiana and the author gives a lot of description of where the story takes place as well as the surroundings. There is also some backdrop on the characters so you have their history. Lee Ann Sontheimer Murphy leads you through a detailed account of the main character’s life in order for us to fall in love with Celia. This enables the reader to get a visual account of what is happening, which draws you closer into the story. Byrd’s Desire is full of sexual anticipation and lots of literary foreplay. At first you wonder where the paranormal aspect of the story is until it comes out of nowhere and surprises you with delight. I like the fact that the author awakens the senses mentioning the authentic food in such a way that you can taste and smell it. If I had never visited Louisiana, this story would already place me right in the middle of its environment. The strange, sexy, tall man that Celia encounters is just as much of a mystery to her as it is to the reader and that’s where the adventure really begins.