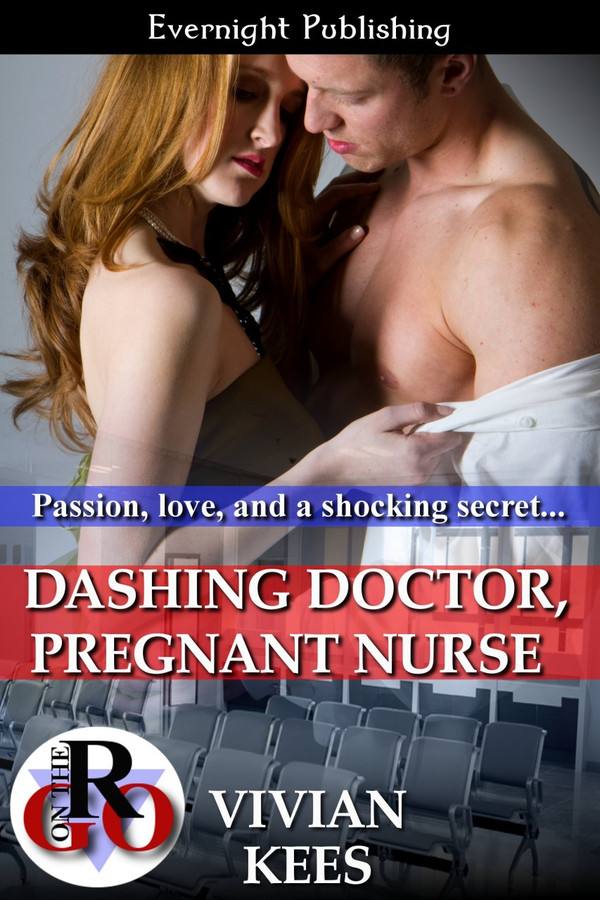 Passion, love, and a shocking secret…

Janine Croft never thought her affair with the dashing Dr. Kyle Van Peter would turn into anything more than it was. After all, it wasn’t supposed to be anything serious, right? But when a sudden unexpected bump in the road derails everything she’s known in her otherwise routine life, the once practical nurse must face her newfound reality which may or may not include the man who’s seen to her every need both physically and emotionally during the past few months.

When did things change between them? Kyle Van Peter can’t help but question Janine’s motives when she suddenly dumps him without warning. Normally things like this didn’t bother the handsome doctor, but the sassy and extremely sexy nurse has already stirred something deep inside of him that can’t be extinguished that easily. He demands answers that only she can give him.

“Kyle, you have no reason to be sorry. I made a huge error in my better judgment. I should never have bombarded you like that. It was neither the time, nor place. I don’t know what I was thinking.”

“It’s just that … it surprised the heck out of me. I honestly thought that things were good between us. I know we had set limits and stuff, but I felt we were headed somewhere more serious. Then when you told me it was over, that we were over.” He turned to her, and reached out to grasp her hands. “I thought we had something special.”

His hands. Janine looked down at them. They were large compared to hers. His fingers were long and thick. They were healing hands. They were hands that had loved her, and caressed the most intimate parts of her body. She thought back to the last time they’d made love. God, it had been delicious.

There had been nothing particularly different about it. Sex with Kyle was always fantastic. Yet, she could still remember how he had felt next to her in bed afterwards, spooning her from the back. His warmth permeated throughout her body as his arms curled around her waist until his hands settled on her belly. He’d unknowingly cradled their unborn child who at the time had been still unknown to her too.

Janine shook. “It isn’t like that, Kyle. I do feel for you.”

“Then what’s the problem?” he asked. A look of utter confusion crossed his handsome face. “I’m at a loss, here Janine.” He cast her a forlorn look.

So many things ran through her head. Too many memories and conflicting emotions filled her. She did care for Kyle, but a baby? She couldn’t begin to fathom how this would change both their lives.

He moved closer and leaned into her. His breath felt hot against her neck. “You must feel something for me?” he whispered, as one strong hand moved up to caress her cheek. “Remember that weekend at the lake?”

She did. How could she ever forget?

“We connected on a deeper level.” His hand moved to the back of her neck. This was a very sensitive spot for her, and he was well aware of that fact. Just feeling his fingers sliding across her skin and their tips delicately brushing was enough to cause her to groan.  She did her best to stifle her unwanted reaction. He knew how to push her buttons, and did so in every way imaginable.

She must have looked horrid to him, sitting there in her flannels, her hair askew and her breath… Well, she just hoped it wasn’t too offensive. And then mid-thought, he did it. With one hand firmly planted firmly under her chin, he guided her to his lips.

He tasted like coffee and mint. “We shouldn’t,” she murmured. “We ended this earlier today. We’re over.”

“No.” Kyle placed one finger against her lips. “You ended it. And right now your kiss tells me that you might have second thoughts. You have feelings for me, Janine, and I for you.”

He wasn’t altogether wrong. She did feel for him. But exactly what it was she wasn’t sure. “Kyle, I’m confused. I don’t know what I think or feel anymore. I like you.  I really do, but I don’t think that extends anywhere beyond friendship.”

“We were always friends,” he answered. His fingers fumbled with the top button of her pajama top. She gently pushed them away.

“This isn’t going to happen.” And when he tried to kiss her again, Janine turned her head from him. “I think you should leave, now.”

“Janine,” he started, his voice pleading. “Please don’t push me away like that.”

“I’m not pushing, Kyle.” She stood in front of him with both hands planted firm on her hips. “But I can’t go against my feelings simply to make you feel better.” She was determined to stand her ground.

“Okay.” Kyle stood and walked out of the living room and down the hall towards the front door. She followed. He turned before exiting. “I won’t force myself on you. I hope we can at least remain professional at work.” He was gone with only his scent lingering in the air to remind her that he’d been there.

http://manicreaders.com/index.cfm?disp=reviews&amp;bookid=35805 Dr. Kyle Van Peter is an emergency room doctor. Janine Croft is a charge nurse at the hospital. She and Kyle have been seeing each other. After a long shift, Janine breaks the news to Kyle that she no longer wants to see him. Kyle’s mother is admitted to the emergency room for chest pains. She invites Janine to go up to the family cabin with her and Kyle to get it closed for the winter. As Kyle and Janine will learn…mother knows best. Dashing Doctor, Pregnant Nurse by Vivian Kees is a sweet, quick read. Even though this story is only about 30 pages, I felt a connection with both Kyle and Janine. There was only one love making scene in this book and it was a short one. However, I could tell from this scene Kyle and Janine really loved each other. Also because they loved each other it was a hot scene. If you want to escape for a little while, I would suggest reading this book.

A Sordid Situation by Vivian Kees

Dominating the Doctor by Laura Jardine