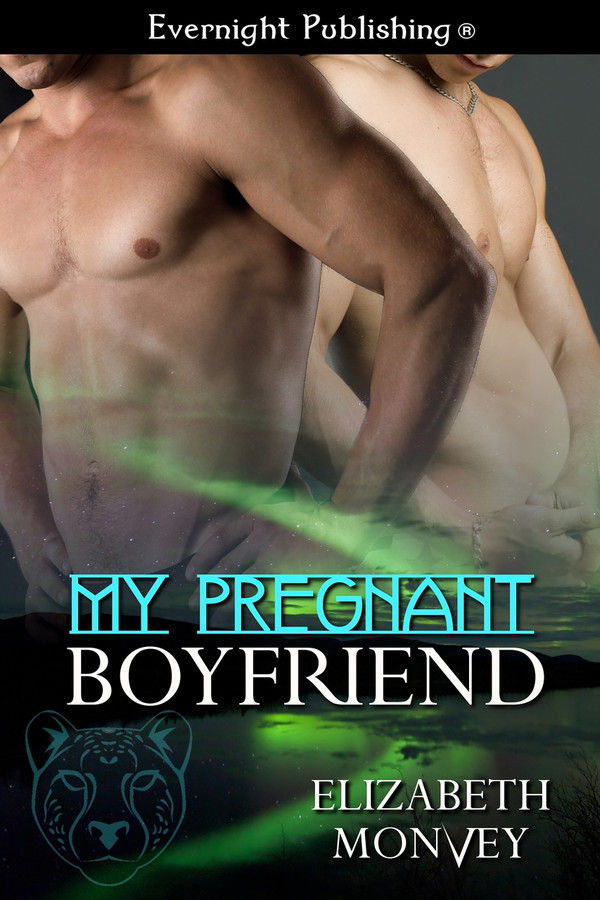 Ethan Rushton can’t believe his eyes when he discovers the type of shifter he saved from a hunter. The long incisors hanging out the mouth, the sloped hindquarters…it’s a saber tooth cat come to life.

Peter Neren’s been running his whole life. For ten thousand years his species has been a secret but now he is the last of his kind. He doesn’t know if he can trust Ethan, but he’s got to try because it’s time to take a stand.

Their attraction is instant, and once they act on their passions, nature found a way to ensure the survival of the species…leaving Peter pregnant. He will do anything to protect his unborn cub, and so will Ethan, even if that means becoming bait to hunt down the man trying to kill them both.

The hunter backed away and pulled a nine-millimeter gun from the holster on his belt. He leveled the barrel at the injured cat. Ethan’s protective instinct came rushing to the forefront and he had to rein in his base desire to attack. He moved to stand in front of the injured animal, shielding him with his own body. The whup-whup-whup of helicopter blades filled the air, and a second later, a small black personal chopper landed expertly in the clearing.

“I found him once and I’ll find him again,” the hunter said. “And now I’ll find you as well.”

“The next time we meet, I will kill you,” Ethan vowed.

The man sneered and continued to back away, gun pointed steadily at Ethan’s chest. He was fast but even his cougar couldn’t outrun a bullet and he had no plans to die today. Besides, he needed to help the bleeding cat behind him. Ethan didn’t move until the helicopter was nothing more than a blip on the horizon, and then he turned and hurried over to the injured animal.

The animal hadn’t passed out since he was still in shifter form, but one look at the face had Ethan stumbling back in shock. This wasn’t a cougar or lynx or a bobcat. In fact, the cat shouldn’t even exist. His mouth lay open, panting, with serrated upper canines longer than those of any living cat. The incisors and lower canines formed a powerful jaw that Ethan knew could be a vicious gripping weapon. They were teeth he’d never seen before except in a museum…as a skeleton.

“You’re…you’re a saber tooth,” he whispered, awe getting the better of him. The cat let out a small growl. “I’m not going to hurt you. But…Christ!  Look at you.”

The cat’s coat was grey with white spots, his tail short, almost stubbly, and had the limb appearance of a hyena, elongated forelegs and rather squat hindquarters. With rare extremities like that, the cat’s back would slope, which accounted for the odd tracks.

“You’re supposed to be extinct,” Ethan murmured. “How the hell are you real?”

This was the first time I&#039;ve read a book by Elizabeth Monvey. I love books were the man gets knocked up. And this book did not disappoint. It was a fast read but it was full of love action and laughs. I will be reading more of Miss Monvey&#039;s work.

This was a pretty good book it was short but it was good ...Can&#039;t wait for the next one.I will be watching for it.

The book was really moving and sweet loved the mpreg. I would have liked the story to be a bit longer and maybe a look in to what their son would be or features he would have