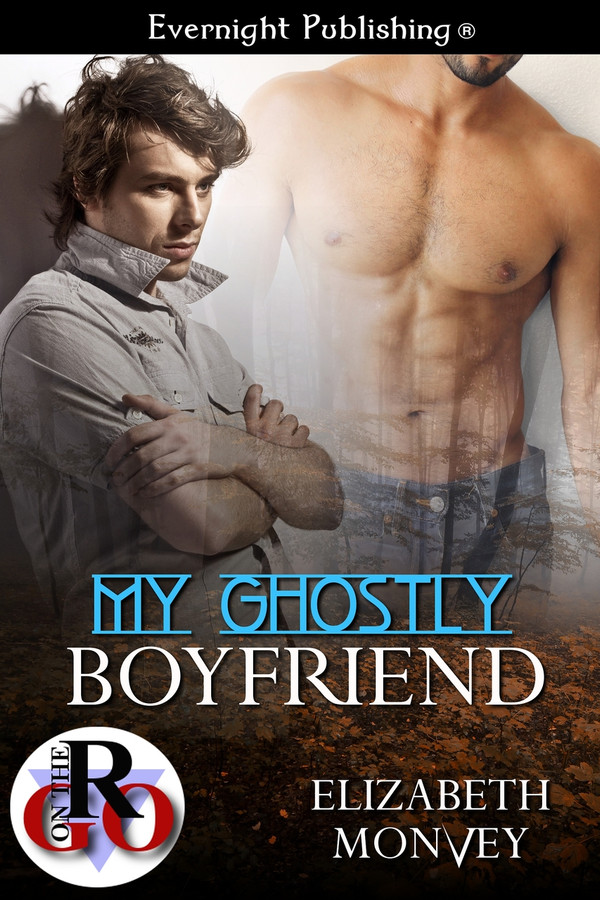 Joseph and Tom have been in a relationship for two years. When Joseph pops the big question, Tom immediately accepts. Their lives are absolutely perfect …and then the unthinkable happens.

Tom has been in an accident. A terrifying, unexplained phenomena occurs at Joseph’s work and he’s not sure if he’s hallucinating or experiencing a ghostly cry for help. With his lover existing in limbo and only an invisible touch to guide him, Joseph must find Tom before time runs out and the love of his life succumbs to death.

Joseph turned back to his office.  Did he imagine the lips?  Did he simply hallucinate the chair being on top of his desk?  More than a little unsettled, he left his office behind to eat lunch in the small kitchen.  He’d ordered Chinese yesterday and the restaurant always gave him a huge portion, enough for two lunches.  He didn’t even heat it up, eating the cold noodles without a second thought.  Perhaps he was more tired than he though.  Perhaps his mind was still wool gathering from the awesome weekend in the cabin.  He was still giddy from getting engaged…

A thump came from his office and Joseph shot to his feet, his food forgotten.  He took a deep breath and marched forward, determined to face whatever it was intruding on him.  If someone was playing a prank on him, there was only one way to go, and that was out the front door.  He didn’t even have a window to jump out of.

But there was no one.

His gaze landed on the picture of him and Tom lying on the floor.  How did it get way over there by the cabinet?  Shivers raced over his skin, bringing up a layer of goose bumps, as if someone brushed their hands teasingly over his arms.  His heart thudded heavily in his chest.  He walked over to the picture, and just as he bent to pick it up, the phone rang.  Loudly.

“Lomonte Construction,” he greeted into the receiver.

“Hello, yeah, this is Mark Eylinder.  I’m calling about rescheduling the walk-though.  Obviously, there must have been a mix-up with the time.”

“Yes.  I thought I was supposed to meet Mr. Lomonte today, but when he didn’t show up I—”

“What do you mean, he didn’t show up?  He left this morning at seven for the inspection.”

This entertaining and deliciously spicy story blends romance and a eerie occurrence which highlights the fantastic tie between two lovers. I understand that there are constraints because of the short format but would like to have more details about this couple and hope there will be more in-depth tales in the future. The story does a very nice job of evoking the bond between its main characters and provides an entertaining quick read. “My Ghostly Boyfriend” by Elizabeth Monvey is a short m/m erotic romance about Joseph Danauley who is preparing to enter into a permanent relationship with his lover Thomas (Tom) Lomonte when the unthinkable happens and he disappears. The deep bond Joseph has with Tom provides a mysterious guide, if only he is willing to heed his heart instead of cold logic.

In this series of unusual, interesting, and sometimes strange boyfriends, this latest story is a pretty good fit in terms of being &quot;out there&quot;. It reads like a normal contemporary tale until the unthinkable happens and the ghostly/paranormal aspect takes over. There is an unexpected twist, some very hot scenes between lovers Joseph and Tom, and an ending that made me sigh in relief. Joseph and Tom are clearly in love, devoted to each other, and share their workplace (a construction company) as well as their spare time up in the mountains. They are both ambitious professionally, but very loving and supportive in their relationship. Joseph has just proposed when the unthinkable happens, and all he can think of is helping Tom when he vanishes. The ghostly phenomenon that guides him was very ell written, and the storyline from that moment on felt as real as the beginning o the story. If you like psychic phenomena that cannot be explained rationally, if you enjoy suspense and a main character who is under pressure, and if you&#039;re looking for an entertaining read with a real threat to the lovers&#039; happiness, then you will probably enjoy this short story.

Very emotional! I really like this series, filled with heartache and happy endings. This one was another great one that didn&#039;t disappoint.