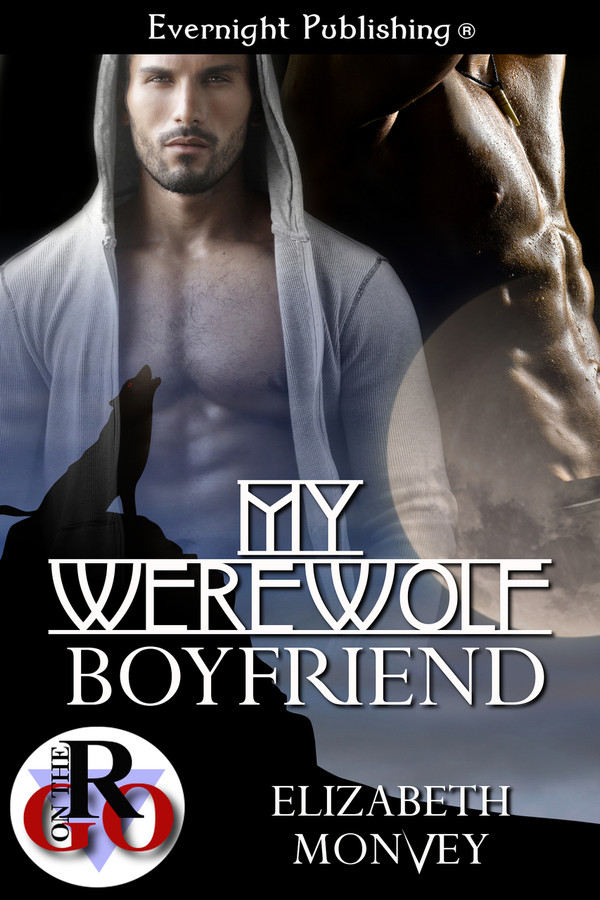 Aaron and Tony’s relationship is going strong after almost a year, except for once a month when Tony has to return home to check on his uncle. Aaron feels slighted because he’s never included, so he decides to take matters into his own hands and follow Tony.

Tony Lykes can’t tell the love of his life that he’s descended from a long line of werewolves. But when Aaron shows up in the middle of a werewolf battle, he’s sentenced to death in an effort to keep the werewolf pack a secret.

Now Tony, who is an enforcer of his pack, has to make the decision of upholding the werewolf law or defying protocol and customs to turn his very human mate.

“I want you naked,” he said, almost ordering Aaron to take his clothes off. His lover backed away and began a strip tease, taking way too long to remove his t-shirt. Tony hurried things along by letting his claws extend to rip Aaron’s pants and boxers off.

“I wasn’t scared. I was thinking that comes in handy, eh?” An eyebrow went up. “I suppose I’ll get those.”

“Shh,” Tony said and placed a normal finger on his lover’s lips. “Not now. Tomorrow we’ll revisit this supernatural madness.”

Tony groaned at the invitation and cupped Aaron’s head, tilting it slightly to fuse their mouths together. Right now he couldn’t take things nice and slow. He was beyond slow. Seeing his mate in danger tonight had fired his wolf up and what he needed now was to claim Aaron.

Their sex life had consisted of ordinary human sex. And yes, it was fucking hot, but his wolf wanted Aaron’s submission because he’d almost lost him. Tony broke the kiss and looked into Aaron’s passion filled eyes.

“Get on the bed, hands and knees, and bow your head down,” Tony ordered.

“My Boyfriends a Werewolf” is a book I can recommend. I&#039;ve always enjoyed werewolf love stories where one of the couple is human and the other werewolf. It makes for a lot of misunderstandings and tense moments. This one was good in that regards, but it didn&#039;t flow as smoothly as it could have. Aaron and Tony had a lot of heat and passion between them. The outer conflict regarding Aaron finding out Tony was not cheating on him but was hiding a big secret heightened the anticipation. Humor helped the story as well. I liked this book and I recommend it.

Aaron wants to be closer to his boyfriend’s family, whom Tony is keeping at a distance. Each Month Tony takes off to the country to help his Uncle, this time Aaron decides he is going to follow him. Well doesn’t Aaron get a big surprise? This book follows most of the same rules of any shifter book with the main rule being, “Humans can not know of us, under penalty of death”, that is what this story revolves around. Here is the good part where Elizabeth does a great job of storytelling. She instills fear into the reader by the actions taken by the wolf pack when they sense Aaron. Aaron’s fear, thinking that he is going to die and we cannot forget about Tony. His love for Tony is insurmountable, his fear comes through in the form of losing him. This is a really great book for such a short read. I was given just the right amount of character development in a story this size, it has a really good story line and of course her two main characters are so likable. I’m really glad I chose to read this.

“Curiosity killed the cat” may be a well-known saying, but in this story’s case, it is actually the human who ends up in mortal danger. It just goes to show that sometimes, following where curiosity leads you is not the wisest choice. However, in this case, I definitely think it was an interesting one, and I cannot blame Aaron for doing what he did. As it turns out, the events that follow his impulsive decision to follow his boyfriend Tony to his mysterious family meetings end up becoming a nice variation of a werewolf story. Here the focus is not on the werewolf, but on the man discovering that these beings of myth and Hollywood drama are actually real. Aaron feels pretty secure in his relationship with Tony. They have known each other for a year and a half, have lived together for the last year, and he thinks he knows Tony well enough to go on The Honeymoon Game and they’d win because he knew Tony that well. Ahem. Think again. His shock when he finds out Tony is a werewolf is deep, but he deal amazingly well with the entire situation. I guess there are some advantages to all the supernatural movies Hollywood has been producing… Except this pack has some very peculiar laws, and Aaron is given a choice I do not envy him at all. Tony is in a difficult situation. He knows Aaron is his mate, but he wans to give the man time to get used to the idea that Tony is a werewolf, and to the consequences of Aaron being with him. Not that he has ever mentioned a single word of this to Aaron. I know it isn’t easy to tell your lover about a secret that may make him run for the hills, but, as we can see here, the consequences of not telling him can be far worse. Tony’s choice is a little easier, and he would have had to make it eventually— once he told Aaron the truth—anyway, but still. If you like werewolf stories about the human men who find themselves loving a werewolf without knowing it, if tough choices for characters are your thing, and if you’re looking for a read that is entertaining, hot, and includes a few surprises, then you will probably like this short story.

This was an amazing start to this series. It was fascinating to read. Although if I had that alpha I would have moved. He comes across as an ass. However, I suppose he had his reasons. Tony was a werewolf, which is a great thing except when wanting to tell your human mate. In fact he never mentioned it, just went down to his pack when full moons or being challenged. This time he was going down there to end the challenge with his cousin. He was also arguing the fact with his uncle that he loved his mate and would not be leaving him. He knew he would win the fight, what he did not expect was his mate to show up. Aaron was in love with his man. Although he was getting fed up with the secrets. He thought that when they moved in that would end all secrets, boy was he wrong. Who knew werewolves existed. He still wasn’t sure, but when faced with either changing or death he knew he wanted to be with Tony. This was a damn good story and I cannot wait to get my hands on the next one. Although for it to be perfect, it needed to be longer. It left me hanging, because I want to hear more about these two very sexy men. I would recommend reading it. Especially if you love werewolves, sexy men, feisty mates, excitement, danger, action and hot sex. Not to mention the amount of love these two very sexy have between them. It caught my attention from the moment I started reading and kept it all the way to the end.

I wasn&#039;t sure how much different you could write a werewolf/shifter story so read this expecting much of the same as other shifter stories. But, I was very surprised! This story has the pack mentality but I quite enjoyed the way it was presented. Aaron is a rather brash young man, deeply in love, who just wants to be part of the family. Only, the family isn&#039;t quite what he expected. Aaron&#039;s fear is palpable, just as his love is. The sweetest part of this story is the love between the two men. Tony was strong and fierce and Aaron was loyal. Two hunky men in a satisfying love story.