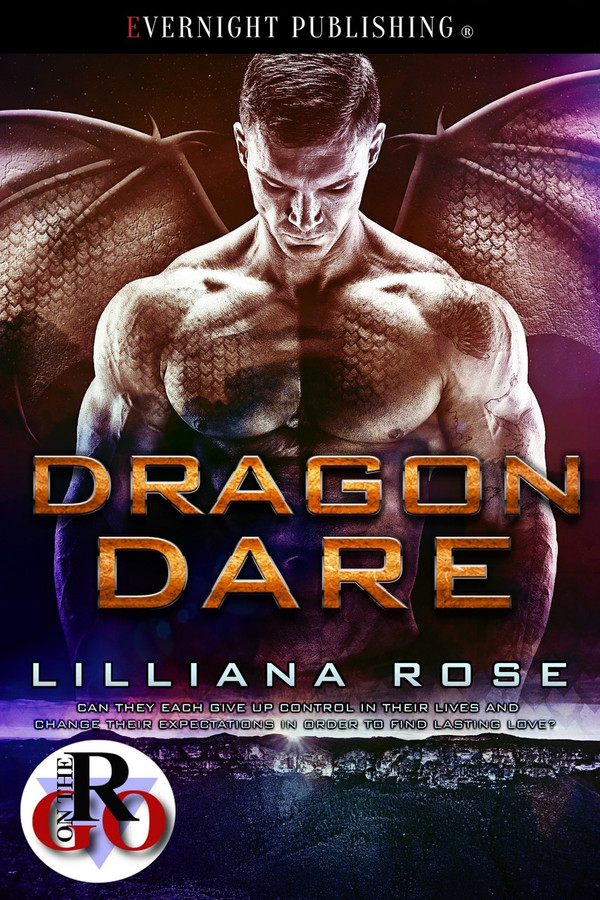 Argo Master, a dragon shifter, has vowed to live a bachelor lifestyle—until he meets Mia Green, a coffee shop owner who is strong and sassy. She's a woman who matches his dragon strength, and dares him like no other woman has before. Will he give up his unattached lifestyle for her?

Mia has been running her coffee shop, Café 21, for two weeks and is weighed down with stress and responsibility. When Argo comes in for a coffee at closing, his mysterious approach hooks her in. Will she still be attracted to him once she learns he's a dragon shifter?

Can they each give up control in their lives and change their expectations in order to find lasting love?

The clank of the metal bell on the front shop door grated on Mia Green’s ear. “We’re closed.” She stopped wiping down the counter and turned around. Her breath caught in her throat. He was drop-dead gorgeous. More than that. His coffee-brown hair was tossed casually, still styled at the end of the work day, and he wore a smart, dark grey suit, probably Armani, with a light blue shirt, no tie, and polished black shoes that she was sure could be used as a mirror. Through his tailored suit she could tell he was toned, muscles carved to perfection all over, his legs, chest, and arms. His smell was divine. Testosterone, musky and heady, with a hint of spice.

She swallowed hard. It had been a while since she’d indulged in some adult fun. Setting up the café had consumed her for the last six months. I’d do him. The dirty thought rattled in conflict in her mind, before she regained her senses.

Why haven’t I seen him before? She’d been managing her small business, Café 21, in the busy rocks area of Sydney for the last two weeks and had been run off her feet. She could barely remember what day it was, let alone the customers who had come in. Her mind whirled with the distraction. It was Friday. And she had the next two days off. Well, not really. There were hours of accounting ahead of her, plus filling in orders for next week. The business was doing amazingly well, even though she’d begun at the start of the Australian winter.

She sighed quietly. The tension of running her own business weighed heavily on her shoulders. This was what she wanted though, and she would do anything to prove she could run her own business.

He stepped further into the café, each step confident as if he belonged there. She looked into his dark eyes. Her breath quickened. I’d remember him. Something drew her to him. A pleasant shiver eased down her spine.

“I noticed you were still working and thought I’d take a chance for a last-minute coffee, since I’m working late tonight.”

Mia didn’t quite believe him. It was Friday night after all. He must be very dedicated if he’s working on a Friday night instead of going out. Something about his tone suggested he was here for another reason. She tensed, but strangely felt calm. There’d been one or two “difficult” customers, and she’d handled them. But this was different. Right now, she was here alone in her café, and if she couldn’t deal with him this might not end well.

She glanced over his shoulder. The sign on the window read “closed”. Normally she’d lock the door during her late afternoon routine. She’d dismissed her staff so she could have some space to quietly pack up, but there had been a last-minute rush of customers and she’d ended getting out of her normal routine of packing up the shop. She wasn’t sure how she got through it by herself, but she had, and now she was tired and just wanting to get home. Boring for a Friday night, and not her usual activity at the start of the weekend, but with her parents closely watching her she had committed to changing her ways. So far, it was paying off. It was quiet now. The cooler months hadn’t been the ideal time for her to start up her business, but she didn’t want to hold out any longer so she’d taken a risk. Sydney workers in the city were always willing to try a new café. But now they were rushing to go home.

Mia was sort of glad she’d forgotten to lock the front door as she looked at the man standing in the middle of the café, chairs stacked on tables around him, blocking some of the view from the large front glass windows. His presence gave off a powerful vibe that lulled her towards him. It was almost overwhelming.

I’m losing my mind. But then, she sort of didn’t care. It was like a safe vibe rippled out around him, causing her to feel secure with him, but more. She wanted to step into this void of power that he gave off and mix it with her own. Her skin prickled with the thought. She swallowed hard in an attempt to regain her senses. This isn’t what I do.

“Coffee machine is switched off, sorry.” It wasn’t the sort of machine that could be easily turned back on just to make one coffee. She sighed. She needed to focus on getting him out of her café. Quickly.

Though she wasn’t completely convinced that she wanted to do that. She inhaled his scent, testosterone, musky, edged with hot desire. It was getting harder to keep her wits about her. Every time she looked at him, she caught his dark eyes, and the lure towards him intensified and she could only think of losing herself with him.

“I can give you a free one if you come in on Monday.” Her mind turned to how good it would feel running her hands down his chest, feeling his strength directly on her skin, and smelling his power closely. A shiver went down her body, causing her abdominal muscles to contract. How could a man she’d never have met before have an immediate effect on her? And so intense that she struggled to ignore it.

He took another few steps towards her. Her body tensed, but it wasn’t in fear. She held her shoulders square, her chin up, and looked him in the eye. Worse comes to worst I can sidestep him and run out the front door. She’d lose the day’s takings, but at least she’d be safe. Though he didn’t look like the sort that was in need of money. He looked like a man that didn’t need anything.

Except maybe that. Her body temperature spiked. She realized that right now she felt very safe. A strange man coming towards her, one she’d never met or set eyes on before. His power radiating out didn’t scare her. If anything, it empowered her, and she stood to meet him. The last thing she was going to do was sidestep him and run out the front door of her café.

“What do you really want?” Her eyes locked with his. She just knew there was another intention of why he came into her shop. Her abdomen fluttered, her body unable to hold resolve against this man that exuded sexual desire, which called to her. She felt her body naturally answering him, with a need she’d not been aware of, that ached within her for release.

He smiled. “I suspect I want the same as you.”

&quot;Dragon Dare&quot; is by author Lilliana Rose. It is a very quick read that steams up the pages. I love stories about dragon shifters so was happy to read this. The story was well written and enjoyable. I will be looking for more books from this author, I know there is another book with dragons that I will be reading next. Argo Master is a dragon shifter who has vowed to remain single forever. That is until he is walking past a coffee shop and is inexplicably drawn into the almost empty shop. Mia Green has been running her new coffee shop, Café 21, for only two weeks and already the stress and strain are getting to her. A mysterious stranger walks into the shop and offers to relieve some of her stresses and she can’t understand why she is so drawn to him and unable to say no. After an unforgettable experience they both plan to never see each other again; however, they might not get their way.