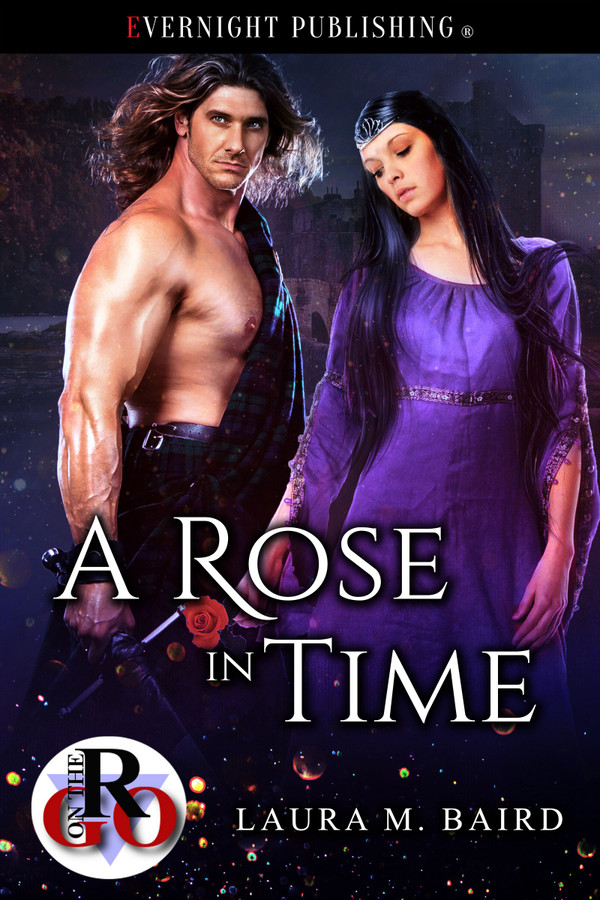 If you had the ability to travel through time and start again on a grand adventure, would you?

As a lonely older woman, Rose escapes into her books. With the power from a forgotten heirloom and repressed magic, she finds herself in 17th century Scotland as a young maiden. Communicating with dragons. And encountering an appealing Highlander with every time jump.

Will Rose remain content with her solitary life, not chancing to upset the past, or will she make a leap through time for everlasting love?

A shadow passed and Rose jerked as another rumble shook the ground so violently, she was jostled onto her side. She planted her hands on the ground and sat up, nearly losing her breath at the sight in front of her.

Green claws with talons at least a foot long stretched before her. As her gaze followed up the scaly appendages, she saw they connected to legs as thick as telephone poles, which attached to the darker green body of a beast larger than anything she’d ever seen in her life. Finally, she leaned so far back in order to follow the long neck that she once again fell over. She stared right into the amethyst eyes of a dragon bending that neck and bringing its head within inches of her face.

Rose felt the puff of its breath as it came closer. She swore she could feel the heat from its nose as it snorted, obviously not familiar with Rose’s scent. Or maybe it just didn’t like her scent.

She bent her neck to sniff her armpits and came away with nothing unpleasant. Her movement caused the dragon to shift closer, nudging Rose’s body. Although the sight of this massive creature should have scared her, Rose couldn’t help but play along, knowing this had to be a dream.

But would a dream allow you the sensation of touching the cool skin along the dragon’s neck? She watched as the dragon stilled, its eyes unblinking, as if studying this strange creature in front of it.

“Yer skin feels so cool,” Rose said softly. She continued to run her hands along the dragon, threading her fingers through the silky tendrils fanning out from beside its nostrils. With this touch, the dragon snorted again and shook its head, causing Rose to giggle.

“Tickle ye, did I?” She was surprised at the slight Scottish brogue escaping her mouth.

Rose is an older lady who loves reading. When she time travels to another world it seems like a dream come true. The real miracle is that she’s now in the body of a young maiden with a handsome highlander in pursuit! So the blurb asks: Will Rose remain content with her solitary life, not chancing to upset the past, or will she make a leap through time for everlasting love? Which is kind of silly to me. Why would you want to stay in the future as an old lonely woman when you could be young with a horny highlander? I would love to go back to my 20s! ​The time travel is a fun aspect. There really isn’t any need for it though. It sounds more like an old lady’s wishful dream. Once we’re back in time, I love it. The authors descriptions of this beautiful land are beautiful and vivid! You’ll have no problem whisking away from quarantine while reading this. Rose is sweet. I felt bad for her in the beginning and I’m really glad she gets to experience being young again. The chemistry with her dirty highlander, Connor, is steamy. There’s edge of your seat battles and dragons and a few sexy scenes that will get your blood pumping. The ending is satisfyingly happy. A Rose in Time is a lovely tale filled with romance!

Like all of Laura’s books, this was wonderfully written. Time travel, hunky Scottish hero, dragons, and just the right amount of sex for this short read!

Delightful! Time travel, dragons, a sexy Scot - what&#039;s not to like? I really enjoyed this sweet, sexy read.

Delightful! Time travel, dragons, a sexy Scot - what&#039;s not to like? I really enjoyed with sweet, sexy read.