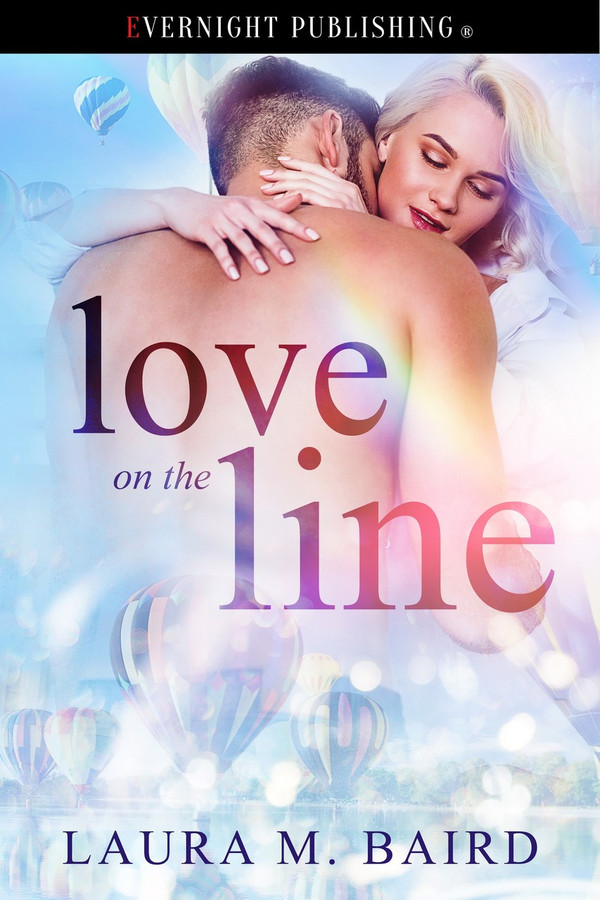 AJ finds it hard to trust another man’s intentions after being duped and dumped, so the last thing she wants is another in her life. But her friend has other ideas and sets her up with the perfect guy—through a chat-only service.

Hesitant at first, AJ is lured in by the deep, sexy voice and fun banter that easily becomes a nightly habit. As their bond grows and she begins to fall hard for him, they make plans to meet face-to-face.

With love on the line, will AJ decide to forgive him when he confesses to being part of the set-up?

“Okay, so, maybe finding a guy can be easier said than done, and I’ll tell ya how.”

AJ eyed her friend skeptically and asked how.

“So, there’s this online site called Flirt Chat, where people register to just talkto others based on similarities. You know, you program in all this information about yourself and then you seek out others who have the same qualities, interests, whatever.”

“Okay,” AJ said hesitantly. “And you’re telling me this, because…?”

“Well, because I registered you there, and I picked out a guy for you to talk to, and I’ve just alerted him you’re going to give him a call.” Jen began hitting the screen on AJ’s phone, obviously punching in numbers to contact this guy.

Before she knew what was happening, Jen handed her the phone, kissed her cheek, grabbed Kayli’s hand, and hauled her out the door, laughter ringing out.

“Hello,” said the husky voice. “This is Mathias.” His few words were clear, succinct, and surprisingly soothing.

Still, AJ remained quiet, locked up, unsure if she could even do this. She was on the verge of disconnecting the call when Mathias broke the silence.

Oh yes, definitely a voice made for phone sex. Okay, she hadn’t called for phone sex. She wasn’t even the one who called. But did people even do that anymore? Call for phone sex? Mathias’s sexy timbre certainly made her think of that, giving her goose bumps and making her short hairs stand on end.

Thanks a lot, Jen, AJ thought, remembering her laughter as she quickly explained her scheme. Real mature for thirty-something.

Oh God, and here she sat with her phone to her ear, listening to this undeniably alluring voice, wishing she had just hung up the damn phone the minute the first word had been uttered.

“…and apparently you do, too.”

“AJ,” she blurted. He sounded so down. Disappointed. She felt bad.

Oh my God, what is wrong with me? I don’t even know him, and here I am feeling sorry for him because I’m the one who won’t speak to a stranger?

She slapped her forehead as she closed her eyes and grimaced.

She swore she could hear the smile in his voice when he said her name. She was so weak.

“And you enjoy beer more than wine. And you prefer college football over NFL?”

“Yes, and of course.” So her friend really had listed true facts.

“And even though you love to indulge in pizza, burgers, and ice cream, you still manage to keep your figure in tip-top shape as an ice girl for the Idaho Steelheads.”

Mathias’s light laughter echoed in her ear. “Gotcha. Just seeing if you were paying attention.”

I so enjoyed AJ and Mathias&#039;s story. Love on the Line was a sweet, sexy read. I don&#039;t give spoilers, but I really loved their first meeting &quot;in person&quot;. A Chicagoland suburb near me also holds an annual hot air balloon event every summer. Although AJ and Mathias get their happy ending, Ms. Baird doesn&#039;t make it TOO easy for them. This is my first time reading Laura M. Baird, but it won&#039;t be my last. Pick up your copy of Love on the Line today.