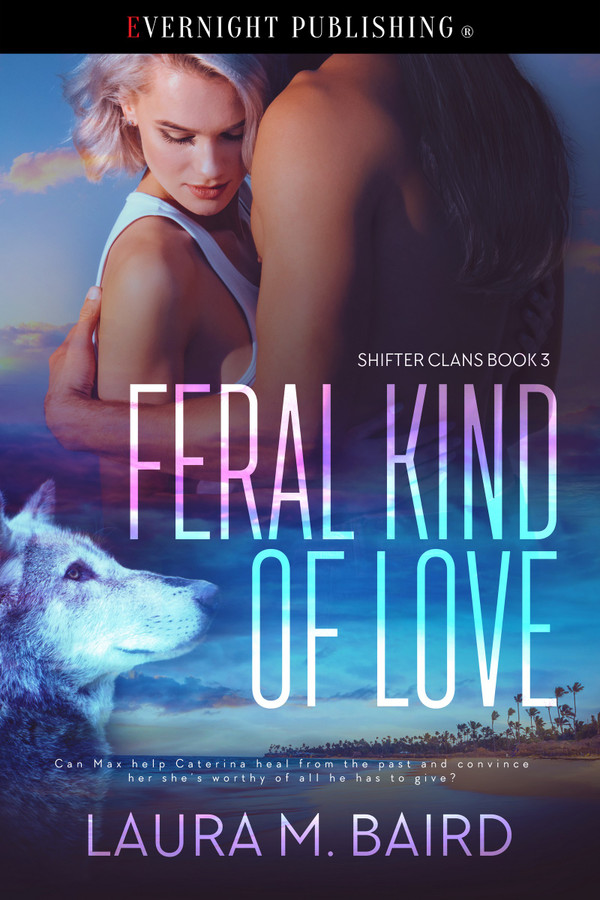 Wolf shifter, Max Collier is on a mission to shut down rogue labs. The last thing he should be tracking is the owner of the hypnotic scent he can’t forget. But somehow he knows that person is a key figure in his quest.

Living a life of captivity, Arctic fox shifter, Caterina finds the opportunity to break free of her bonds and put a stop to her captor executing inhumane operations. When Max enters the picture, she only meant to use his skills, not succumb to the foreign desires flaring within her and her fox.

Can Max help Caterina heal from the past and convince her she’s worthy of all he has to give?

“And what if all you need is one woman?”

Max stared at Roberto, certain that confusion was written all over his face. He looked back and forth between the man and his mate, wondering if he was referring to Irena. While Roberto pinned him with a serious look, Irena merely smiled.

“I have no doubt that Irena has more skills than I could comprehend, but I don’t expect her—”

“I am not talking about my woman.”

When he didn’t elaborate, Max’s curiosity was beginning to get the better of him as he tried to contain his infamous impatience.

That softly spoken word had Max’s gaze swinging to the darkening doorway. His senses were instantly flooded as he concentrated on the silhouette perched in the shadows. A teasing mix of roses and pheromones wrapped around him as he not only heard, but actually felt the woman’s racing heartbeat that seemed to keep pace with his as it pulsed in the air around them.

Max froze, afraid to move, to even breathe lest she vanish like a wraith. Just as she did when fleeing the lab. She had to be a shifter, but of what clan, he had yet to detect.

What he did detect were the nervous breaths the woman released as he watched her fists tighten then relax at her sides. With a deep inhale, she stepped forward to reveal herself, leaving him further spellbound.

Her silver-blue eyes held him captive as emotions swirled in their mesmerizing depths. Her petite form was a deceptive illusion to the power he had no doubt she possessed. After all, it had stopped him in his tracks—the big bad wolf shifter who rarely let anything faze him. Her cap of beautiful snow-white hair was cut short in length, and due to the black suit covering her entire body, the only skin he could see was the flawless creamy complexion of her face and delicate hands.

A body that left little to the imagination as the material molded to her subtle curves. To others, her plump, pink lips might’ve appeared too big on her oval face, but to Max, they looked perfectly delectable.

Yeah, I went there.

Those two words reverberated in his mind and sent waves of pleasure coursing through his body. That was all it took for Max to believe, to feel in his heart this was a woman—a shifter—he absolutely had to know.

And he’d be damned if she escaped him again.

Being a shifter can be just as hard as being a ‘normal’ human as Caterina has found out. Is Max the one whom she can trust her heart to? This is the third book in the series although I haven’t read any of the previous ones. I do wish I had, simply to be up to date with the story so far. Saying that, I was still able to enjoy this one as a standalone for the most part. As is usual for the Shifter world, once two shifters meet who are meant to be, it happens pretty quickly. In this though, Max is the one to keep things slow as he gives Caterina time to come to terms with her past. I loved that about him. Plenty of characters and plenty of action to keep my attention, this was a fast-paced story that flowed from one scene to the next. Definitely recommended by me.

Great read and beautifully written as are all of Laura&#039;s books. I&#039;m new to reading shifter romance but I&#039;m sure glad I read this one! Looking forward to the next. Received an ARC copy for an honest review.