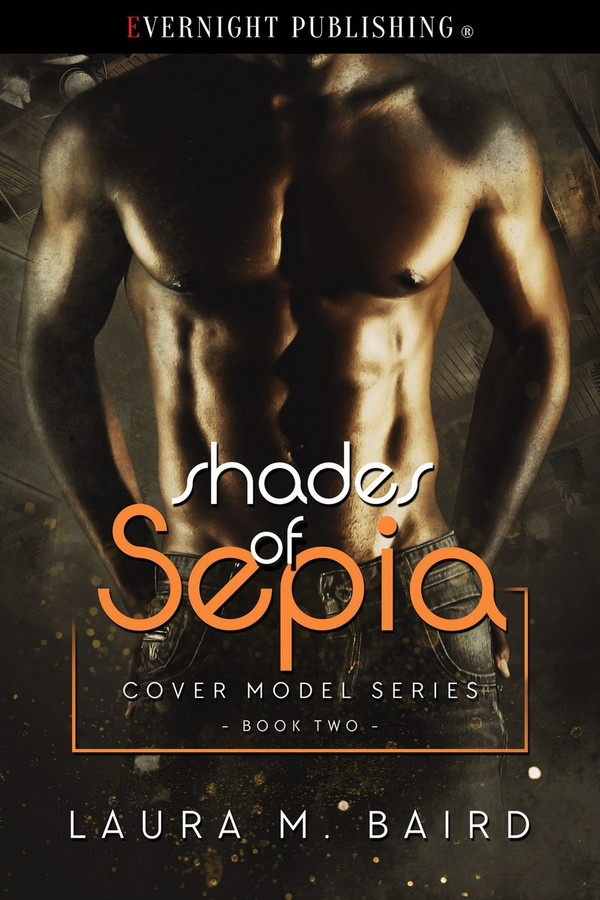 Tasha Linthrop paved a path all her own by becoming a cover model and opening her own boutique. Marcus Everly is a veteran who isn’t ashamed to put his physique in front of the camera to pay the bills while pursuing his passion of working with other veterans.

The two have been friends, dancing around their attraction to one another, and when they finally get together, it’s explosive. But can Marcus move beyond his doubts of being good enough for Tasha? Especially when another shows interest in her? Tasha will have to decide who holds her heart.

“Please don’t ask me to stop.”

As if she would. As if she could.

Marcus’s ragged breath across Tasha’s skin electrified her, bringing her body back to life after being dormant for what seemed too long. While one hand pressed into her back, his other pushed aside the fabric of her tank revealed beneath her off-the-shoulder sweater. His hot mouth moved down her neck and across her shoulder, licking and nipping and driving her insane.

Tasha gripped his steely arms, loving his muscles and the sheer size of him, trying to maintain balance as the world spun around her. Marcus was six feet of powerful man with delicious chocolate skin and soulful ebony eyes that always held humor.

Tonight his eyes seemed to hold a look of determination. A look that said he would have her.

The two had been acquaintances for a handful of years, both working as cover models for the same photographer, Jesse Steed. Since first meeting Marcus Everly, of course, she thought he was gorgeous. What woman wouldn’t? He was physically stunning, and his humor and intelligence were a nice change from the many self-absorbed pretty boys Tasha seemed to attract. Tasha had been modeling for Jesse for three years already when Marcus came on board. He was prior military, and now at the age of thirty-two, he continued to keep himself in fine shape. Over the course of two years, her fascination and attraction only grew stronger.

Of course, with Marcus’s heavy flirting, and Tasha’s ability to handle it as well as give it back, it was a wonder they hadn’t arrived at this point before now. They’d been circling one another more and more the past few months.

It was the start of February and they had just finished a nighttime shoot when Marcus said he’d see Tasha home. Once at the threshold of her apartment, he surprised her by backing her into her place, tearing off their coats, and kissing her senseless.

A niggling in the back of her mind wondered if this was a good idea, although she couldn’t exactly say why. But when a tempting male caused wicked excitement in your body, how could you possibly stop? Tasha yearned for his attention, for his ability to make her mindless. She wanted complete abandonment of everything but pleasure.

The sexual tension between Tasha and Marcus is so strong that they can’t fight it anymore. They fall into bed and wonder if they could form a relationship or if it was scratching an itch. This book is relationship driven. The author pens the characters with flourish and I felt like I was there with them. Marcus is a veteran and helps others who are struggling. Besides helping children of veterans, he wants to work with the Veteran’s Affairs office to help those who have recently become inactive to help reestablish themselves to real life. Tasha has had to find her own way after many disagreements with her family. I loved her strength, enthusiasm and attention to detail for her shop. There are tensions between Marcus and Tasha and the author does a great job of showing it. I liked how the story is drawn out to show how Tasha deals with her problems. I would have given this novel more stars except for the fact that the novel is too long. There was a tad too much explanation and detail, but that might appeal to other readers. This is a good example of relationship driven fiction, with well-developed characters that are like a family. The relationship between Tasha and Marcus is quite enjoyable.